In our new Founders column, Jing Daily profiles pioneering names in the world of fashion, luxury, beauty, retail, and tech. We deep dive into the minds and motivations of individuals who have founded businesses and brands which helped shape their industries. These trailblazers offer a unique point of view on the evolution of the current landscape — and where it’s heading in the future.

“Fashion is not in a great place. What I mean is, real world fashion, it’s got a problem,” acclaimed photographer and image-maker Nick Knight remarks straight off the bat. He’s sipping coffee from a delicately illustrated China teacup — something that casts a stark difference to the stricken white walls of his famed SHOWstudio space.

We’re sitting in the atrium of the building, which, Knight explains, was once a place for art investors to store their out-of-season pieces back in the 1800s. “There are a lot of rich people around here,” he laughs. It’s also home to Knight himself, now one of fashion’s most exalted image-makers and champion of out-of-the-box creativity.

With the pleasantries out of the way on an otherwise uneventful Monday afternoon, Knight wastes no time getting to the reason why we’re here. That is, in short, to learn about the birth of SHOWstudio, the people powering contemporary culture — such as @uglyworldwide, the Instagram star who Knight is launching a cross-dimensional NFT collaboration with next month —  and the death of the fashion industry as we once knew it.

The makings of a multimedia empire

Before founding the multi-award-winning fashion film website SHOWstudio in 2000, Nick Knight had already established a name for himself across London, where he often looked toward subcultures for sources of inspiration. He published his award-winning first book, Skinheads, back in 1985. Then, following a stint as the commissioning picture editor for i-D in the 90s, Knight set to work on bringing to life his own multimedia workshop.

But he had his challenges. “People just were not getting it at all,” he recalls. “We were entering this new space that hadn’t really had its parameters defined yet. We didn’t know how far it was going to go, or whether it would even resonate at all.” Still, the risk paid off and 22 years on, his platform remains one of the most influential and innovative new mediums in fashion media today.

Throughout his career, Knight has worked with an eclectic list of models, spanning from ’90s It girl “Supers” Kate Moss and Naomi Campbell, to the more eccentric aesthetics of Bjork and Lady Gaga. But one thing that he noticed behind the lens was the irrefutable lack of autonomy that many, often lesser-known names, experience. He argues that “often, the concept of a model in fashion is praised as a blank canvas, which I don’t think is very nice. I don’t think people should be referred to as blank canvases.” It’s a topic that’s preoccupied him for a long time. In 2014, his project Subjective explored the often overlooked role models play by putting them in the spotlight and giving each individual a voice.

READ:  What Does Luxury Fashion in Web 3.0 Look like? Join Us for a Webinar

As he observes, “You can put any piece of clothing on [models] and they become this fantasy that a photographer, stylist, makeup artist, or designer is trying to create, which is fine to a degree. But nearly all the models confessed that they had no control, no opinion. They were mute. And, to me, that’s not fashionable.” Recognizing the disparity in power, Knight has since committed to ensuring that his workplace represents an inclusive, more holistic dynamic. “I wanted to redress this relationship between the model and the image.”

Looking ahead at the new World Wide Web3

So back to the studio — an archival celebration of fashion at its finest. Here, one might assume that Knight draws from the past for his sources of inspiration, but in fact the opposite is true. He’s already deep into the philosophy of digitized fashion and considering the possibilities of the newfound world of Web3.

Wearing a sharply tailored trademark Savile Row suit — a uniform so perennial that it has become etched into Knight’s identity itself — he grabs the lapel of his jacket, asking: “How are we going to get our clothes tailored in the metaverse?” But underneath the jest, it’s clear that there’s a hint of sincerity in his words. This new world is something that the creator has been considering for some time. The enforced lockdown of the pandemic only accelerated his ambitions.

He remembers how, during this time, he had thought at first, “OK, so I’m going to have an enforced holiday.” But nothing could have been further from the truth. “I had been speaking to a lot of people about things like the metaverse and this idea of working remotely and avatars and CGI. Then the pandemic forced us to kind of look at our digital environment a little bit more closely. I think things accelerated by probably around 10 years, because people were really looking at what they could do next within these limitations,” he continues. Even with restrictions lifted, while others went back to celebrating a return to so-called normality, Knight honed his focus on the possibilities — and benefits — of the online terrain.

“Physical fashion is the third most polluting industry in the world. And we can’t continue to ignore it. One of the solutions is to start looking more at digital fashion in the virtual space. This is something I’m trying to address,” he adds.

“Physical fashion is the third most polluting industry in the world. And we can’t continue to ignore it. One of the solutions is to start looking more at digital fashion in the virtual space.”

On cracking Asia’s landscape, and how it’s a force for fashion’s future

Whether it’s in the physical or digital world, it’s obvious that the founder is now a legend. And after launching SHOWstudio, it wasn’t long before his work was recognized in every major fashion hub across the globe, including Asia. Over the years, the continent has become infatuated with his creative eye. There’s been exhibitions like Nick Knight: Image Showcase in Seoul in 2016, Still in Tokyo’s The Mass in 2018, and an honorable mention in Beyond Fashion at ArtisTree in Hong Kong in the same year.

READ:  They Swapped Lives for a Month. Did Anything Change?

When asked about Asia, he replies with enthusiasm that “it’s such a huge force. I think the most interesting fashion films are coming from Asia at the moment. With any sort of culture that’s forming like Asia’s right now, you get this push of creative energy and I think that’s what we’re seeing coming through.”

Knight’s first exhibition in Korea (at the artistic landmark Daelim Museum in Seoul), featured a curated amalgamation of photos, videos, and installations from across his timeline of work, demonstrating his avant-garde approach to overturning conventional ideals of beauty. “I wanted to do it in Asia and not in Europe or America because I feel the mindset is more similar to mine. It felt more progressive, more future-facing. Europe tends to look back to the past, whereas Asia looks ahead,” he states.

“Europe tends to look back to the past, whereas Asia looks ahead.”

Whether geographically or generationally, there simply is no rule book when it comes to the British director. In fact, his entire vocation has been laser-focused on rejecting the formula that has dominated image making throughout the decades. He doesn’t want to be perceived as a “photographer” or fall into the trap of repetition that often accompanies the title. “I don’t want to be repeating those moments from fashion photography,” he affirms.

So I ask Knight what he considers now to be fashionable in the industry. “Fashion has almost become unfashionable. Even the idea of a catwalk show is no longer fashionable like it once was. This younger audience is picking up on that sentiment, and they want something different. Just like Jazelle.”

As if on cue, Knight pulls out his phone to show me clips from his most recent project called ikon-1, the aforementioned collaboration with Jazelle Zanaughtti, more commonly recognized as their social handle @uglyworldwide. A non-binary spearheader, Jazelle is best known for a craft that subverts traditional beauty standards, instead celebrating the weird and wonderful. “I discovered them on Instagram,” Knight explains when asked how the partnership came to fruition. “They are very prolific with their own image, and they have this ability to put up a lot of different versions of themselves.”

Since the rise of social media and new channels of expression, the focus has been on how fashion can bring together kingpins of the industry with this new wave of changemakers: most of whom are using their platforms to champion authenticity.

“You hear a lot of really negative things about social media, some of which are true and valid, but you don’t hear the positive stuff. Social media is allowing those who didn’t necessarily fit the beauty standard to create their own following, their own fanbase and, ultimately, set the standard and fundamentally change the power dynamic of the industry.” In Jazelle’s case, they’re a juggernaut bringing new life back into an often stale landscape — and Knight wants the world to know about it.

The dawn of a new era

Despite having an undisputed force and cornerstone of fashion for decades, what’s striking about Knight is his openness to being vulnerable. He wants to make it unmistakably clear that the pressure never goes away. “I guess I feel some sort of artistic debt to it. To ensure that I create something with just as much as what I put into my photographs. I put a lot of craft into them, a lot of care and love, and we spend a lot of time creating my images. So I didn’t want to do something that I just felt sort of throwaway,” he discloses when talking about his most recent project.

His latest virtual venture only marks the beginning of what he sees as a long-term endeavor in fashion’s newfound spaces — the metaverse is only the beginning. Knight has eschewed all the tropes of what it means to be a fashion creative over the course of his career, instead channeling his passion into transgressing the parameters of the possible. Whether that be shooting on iPhones or using robotic arms in London to direct sessions in Shanghai, the artist has continuously proved why he’s still one of the most impactful and important visionaries in fashion today. So what makes an icon, an icon?

“It’s someone who can capture the zeitgeist,” Knight says. “It’s that person who’s able to recognize what it is the world has been wanting to see, the crystallization of common desire. It’s about fusing not only this world with the next, but all of them. It’s about independence. It’s someone who can understand the values that people are talking about now. That’s what makes an icon.” 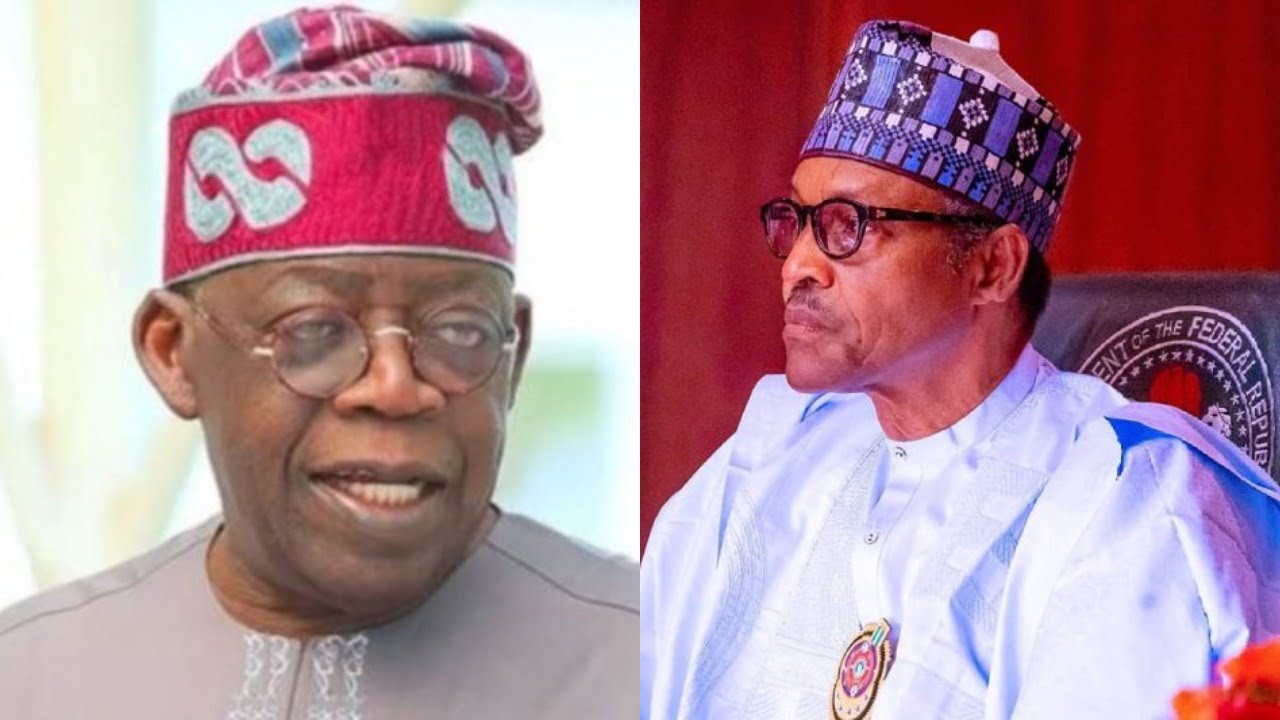 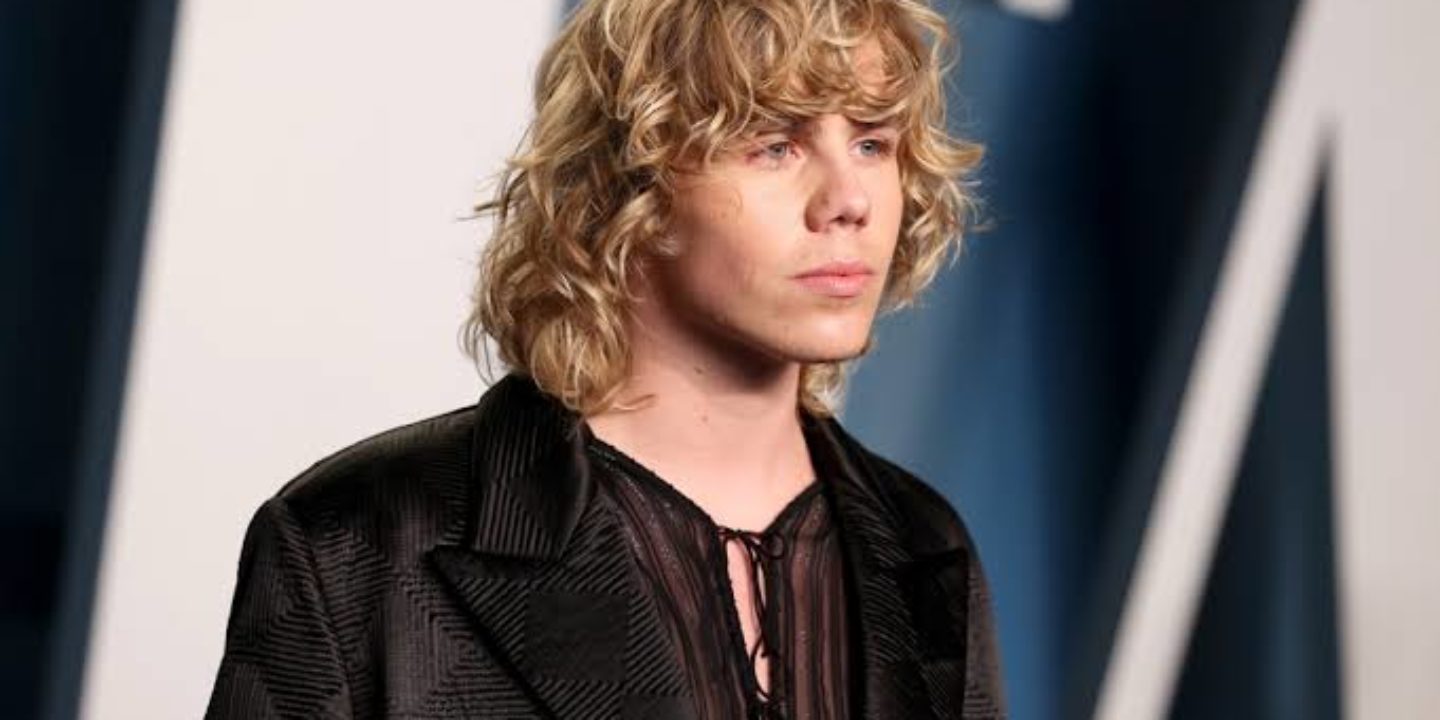 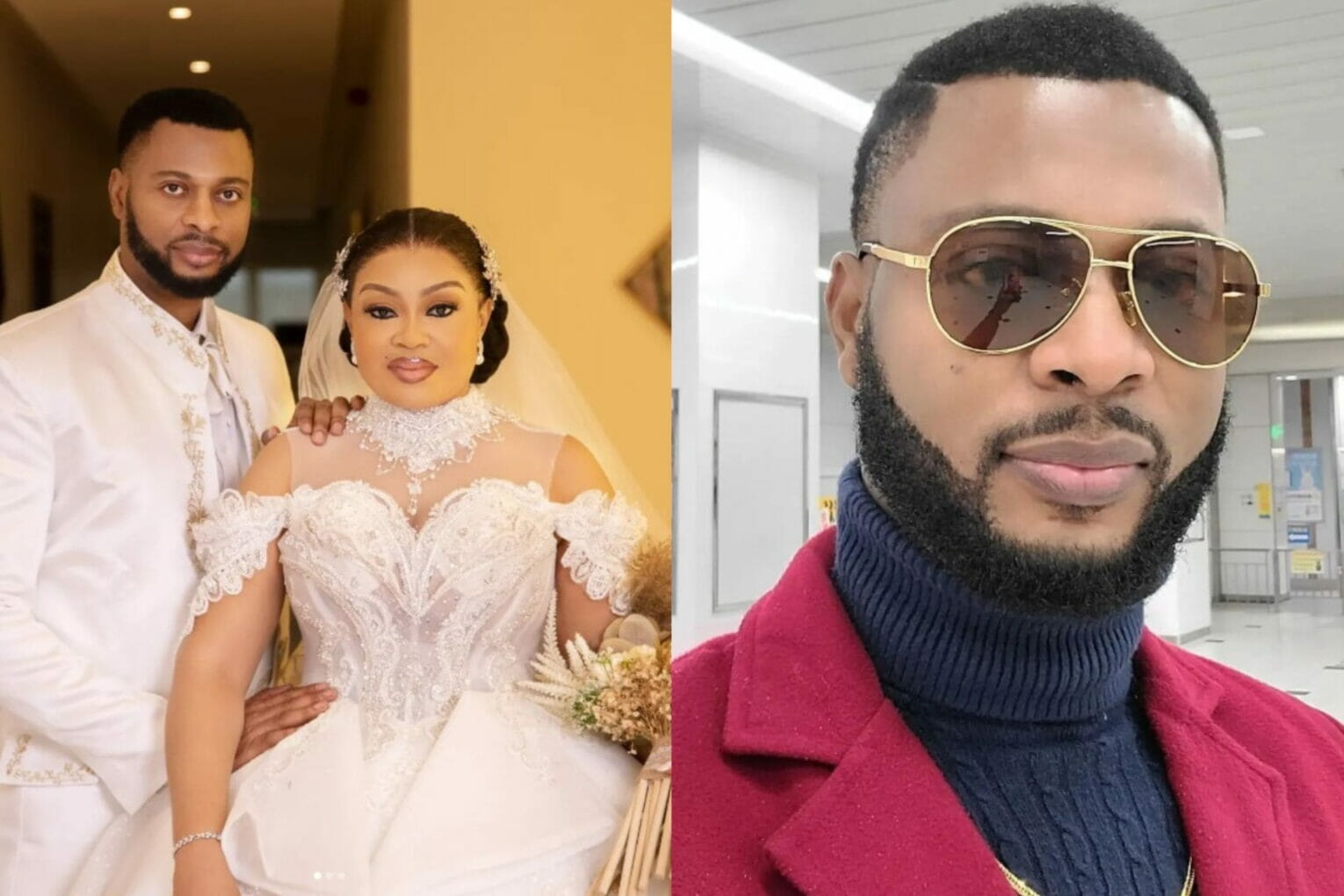 Nkiru Sylvanus celebrates her husband, Riches Sammy on his birthday 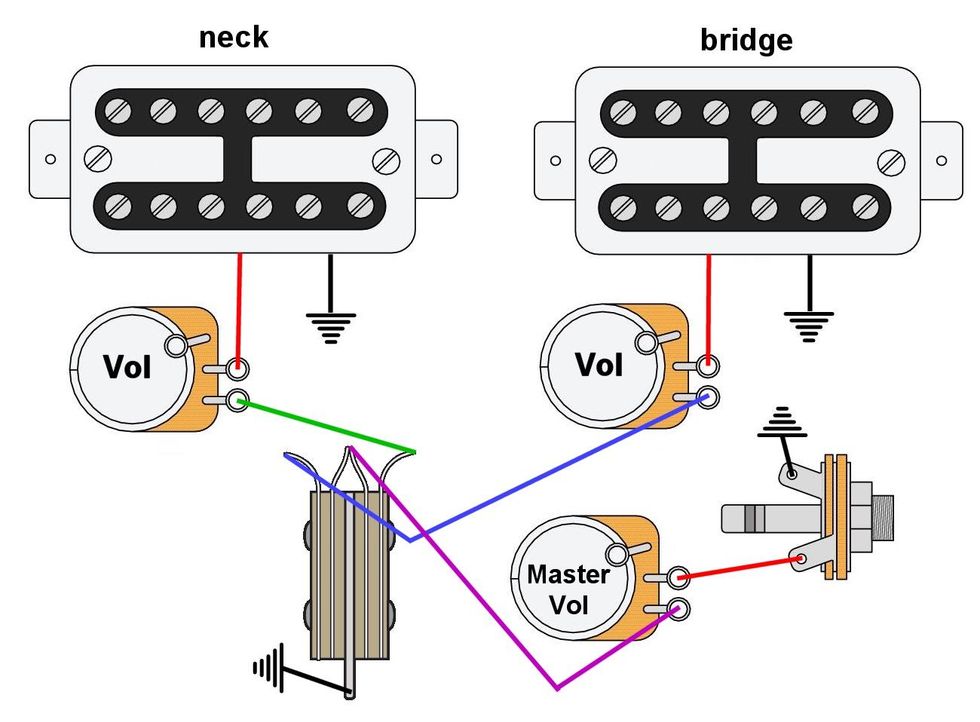 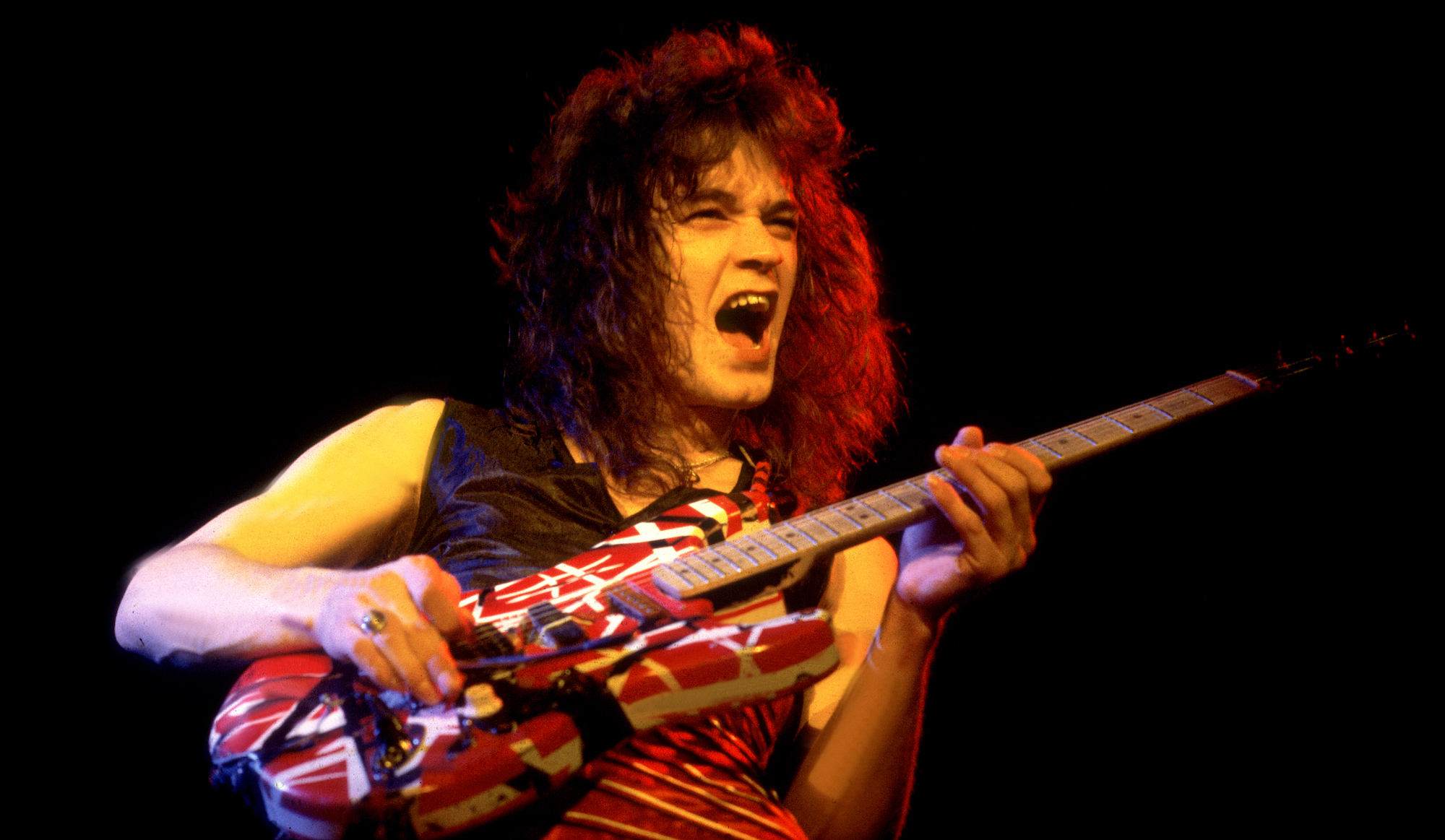