Ever since it began four months ago, questions have been raised about the Bharat Jodo Yatra’s (BJY’s) possible electoral impact. The questions became even more striking when the Congress faced its most humiliating defeat in Gujarat and squeezed out a narrow victory in Himachal Pradesh in the recent assembly elections. The party’s decision to leave out two election-bound states was naturally under scrutiny.

A month later, however, the BJY and Rahul Gandhi, who is leading the nationwide march, are being admired almost unanimously for carrying out an unprecedented social experiment that may nudge, even alter, domestic politics centred around polarisation and one-upmanship by the ruling Bharatiya Janata Party (BJP).

The Congress, on its part, has either evaded the question of the Yatra’s electoral impact or postured smartly, saying that the BJY is about a larger message of fraternity, an attempt to combat communalism and divisive politics spearheaded by the BJP. In other words, it is about Jodo, not Todo, and intended to unify the country that stood divided along the lines of caste, class and faith.

However, the popularity that Gandhi has gained over the last four months can come to naught if the Congress doesn’t translate it into electoral victories. Nine states are going to the polls in 2023, of which the Congress will look to retain Rajasthan and Chhattisgarh and wrest Karnataka, Madhya Pradesh and Tripura from the BJP. Anything short will put it back to the place where it started, after the debacle in the 2019 Lok Sabha polls.

READ:  Kanwar Yatra may begin in UP from July 25 amid tight Covid curbs

The upcoming assembly elections are also an opportunity for the party to showcase the capability of its newly-refurbished organisation and leadership, and its willingness to take the BJP head on. If it puts up a good fight, the message will be that the BJY had indeed injected new vigour into the party. The Congress doesn’t have the resources or an election machinery to match the BJP’s, but it could look to use its newly-attained synergy between leaders and cadres. The upcoming assembly polls are ready and unmissable platforms for the Congress to project itself as a serious rival of the BJP in the 2024 Lok Sabha polls. 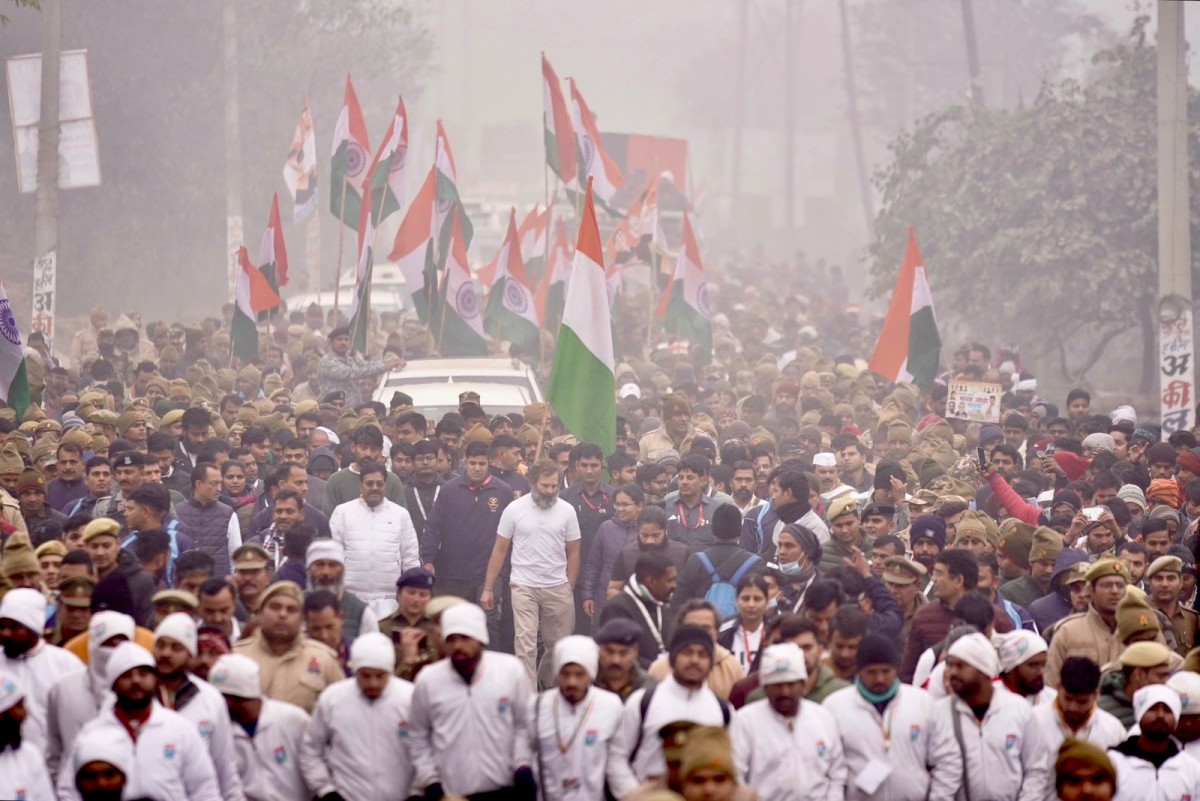 A larger Opposition unity concerning ideologies and issues could develop in 2023, but much of its electoral shape will be built by the Congress. At least 200 Lok Sabha seats, most of them in north India, will be a straight contest between the BJP and the Congress. A non-Congress Opposition front is therefore insignificant in the larger electoral play.

BJY appears to have united the Congress like never before in recent times and infused great energy among workers. After a long time, the Congress is being perceived by a large section of people as a credible Opposition force, credit for which should be given to Rahul Gandhi, who is leading by example. The BJY’s universal message of love in the time of hatred has attracted naysayers and even those on the Right, like the chief priest of the Ram Janmabhoomi Temple in Ayodhya and VHP general secretary Champat Rai. BJP’s continuous campaign against BJY ever since it began has largely failed.

Also read: Why the Bharat Jodo Yatra Could Be the Harbinger of a Resurrection

The BJY started as a Congress-only march, but over time Gandhi tactically gave it a universal colour. Civil society organisations, actors and professionals were invited and their participation in the Yatra was noticed. Then parties which have been traditionally anti-Congress, like the Samajwadi Party, Bahujan Samaj Party, Rashtriya Lok Dal, Shiv Sena and others, also extended their support to the Yatra. Allies in the Congress-led United Progressive Alliance like the Rashtriya Janata Dal, National Conference and Dravida Munnetra Kazhagam were seen at the forefront of the Yatra.

The BJY has sharply pitched a large majority of the Opposition parties against the ruling BJP, and at one level united critical voices. But whether it has been able to draw the crucial swing voters remains to be seen. Many experts feel that BJY in itself is insufficient to attract those sitting on the fence. The Congress would surely know that those incremental votes are necessary to dislodge the BJP, and that the Yatra may just be a good start. Nothing more, Nothing less.

This article was first published on The India Cable – a premium newsletter from The Wire & Galileo Ideas – and has been republished here. To subscribe to The India Cable, click here.

How to watch the 2023 Grammy Awards