Due to MotoGP’s desire to run the main race at 2pm CET to keep it in line with traditional European start times, the feeder series contests flanked the premier class grand prix.

First up was the 17-lap Moto3 race, which was a typically chaotic affair around the vast 3.66-mile Silverstone complex.

Having initially led, Aspar GasGas rider and title protagonist Izan Guevara was wiped out on the last lap by MTA Team rider Ivan Ortola up at Stowe.

A similar disaster befell his teammate and chief title rival Sergio Garcia, who was taken out at Village corner by Max Racing Team Husqvarna rider Ayumu Sasaki – the latter having to be taken off track by a stretcher, but was deemed conscious by the medical staff.

Kaito Toba was fourth on his CIP KTM ahead of the sole-remaining MTA bike of Stefano Nepa and rookie polesitter Diogo Moreira on his MT Helmets-run bike. 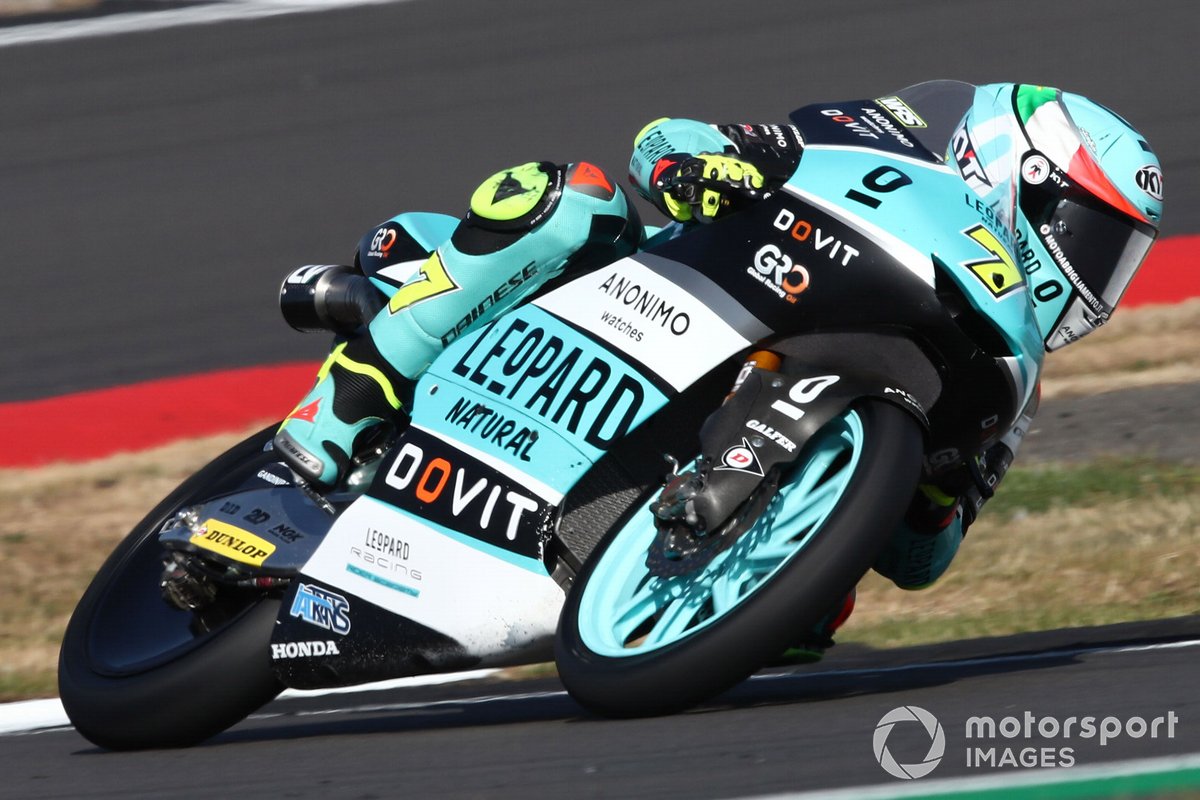 The championship picture remains closely contested, with Garcia holding onto his three-point lead over Guevara, with Foggia closing in to 42 points behind in third.

In the Moto2 race, which took place after MotoGP, Augusto Fernandez snatched victory on the final lap with an overtake on long-time leader Alonso Lopez at Brooklands.

Speed Up rookie Lopez took the lead early on from poleman Fernandez, but was hunted down in the latter stages by the Ajo KTM of Fernandez.

Fernandez launched a raid on the inside of Lopez into Brooklands on the last lap to take victory by 0.070s, with Britain’s Jake Dixon completing the podium in third on his Aspar Kalex. 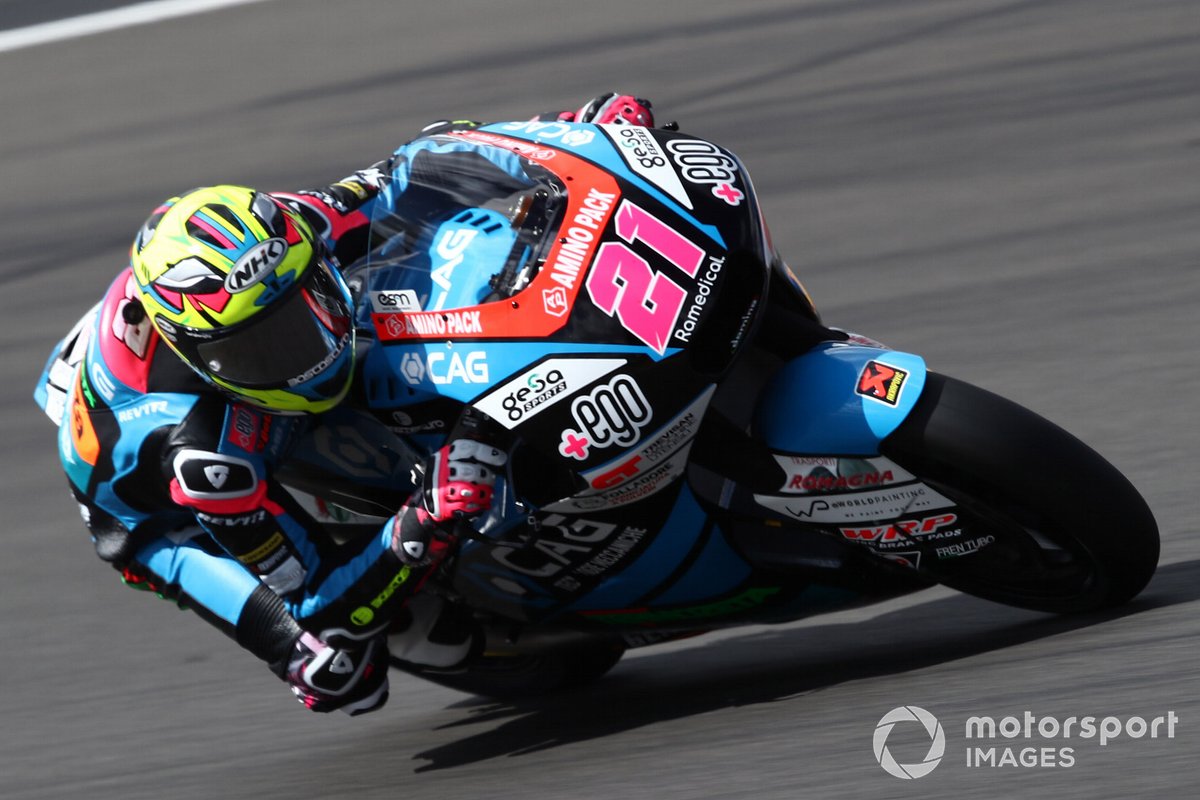 Ai Ogura – who led briefly at the start – was fourth on his Honda Team Asia Kalex ahead of Pons’ Aron Canet and VR46 rider Celestino Vietti, who had to serve a long lap penalty during the race.

The top 10 was completed by Joe Roberts for Italtrans in seventh after he led on the opening lap, Pons’ Jorge Navarro, Filip Salac (Gresini Racing) and SAG Team’s Bo Bendsneyder.

The championship lead for Fernandez is now 13 points over Ogura, with Vietti 15 points adrift in third.

Home favourite Sam Lowes was forced to withdraw from the weekend after injuring himself in a crash in practice.