THE funeral of Donegal explosion victims Catherine O’Donnell and her son James Monaghan has begun.

The mother and son were among ten people killed in Creeslough last Friday afternoon.

The pair’s coffins sat side by side in front of the alter at St Michael’s Church, Creeslough today for the joint service.

President Michael D Higgins was among those paying respects at the church today. Representatives of the Taoiseach were also in attendance alongside Minister Charlie McConalogue, who represented the Government.

Paramedics, Gardai, first responders and hospital workers also turned out for the funeral.

Symbols representing Catherine and James’ lives were brought to the alter including wrestling gear, which was important to James and a watch and necklace, which represented Catherine’s “style.” 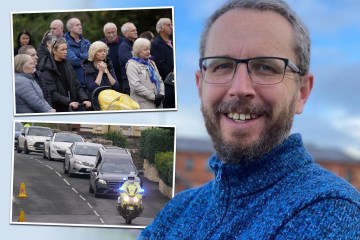 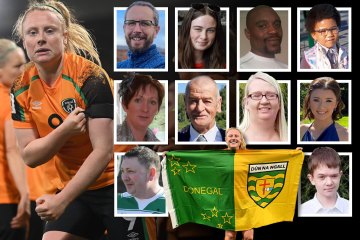 Father John Joe Duffy started the service by thanking the numerous first responders who came to Creeslough’s aid on Friday after the devastating explosion at the local Applegreen service station.

The principal of Mulroy College, where James was a student, and a number of his school mates attended the funeral.

McConnell: China made a ‘mockery of our airspace’ with spy balloon