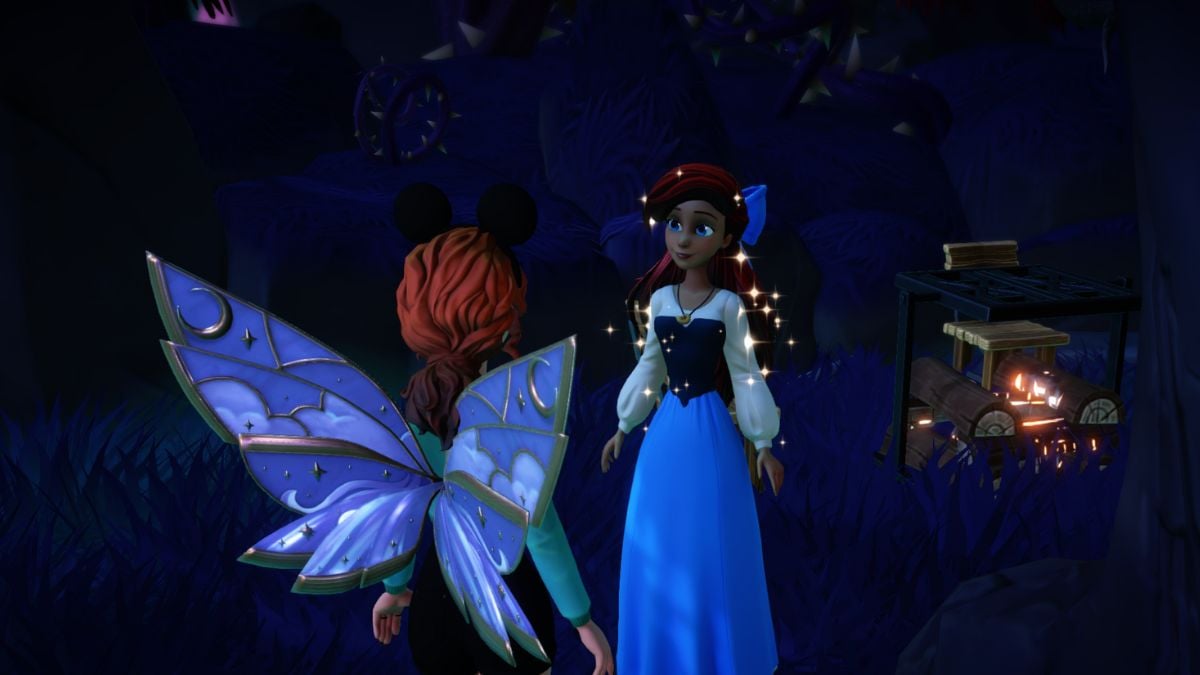 As you progress through Disney Dreamlight Valley, you will help the various residents by completing quests that further their stories. After you unlock Ariel and Prince Eric, you will undertake one of the biggest feats in the game, giving Ariel legs so that she can walk on land with Eric. This is no simple task and will require a lot of effort and magic on your part. Here is how you can make Ariel walk in Disney Dreamlight Valley.

Part of His World quest guide in Disney Dreamlight Valley

It will take quite a while, but after helping Ursula out, you will finally unlock Prince Eric and he will join the rest of the residents in the valley. After getting reacquainted with Ariel, Eric will want her to become a part of his world and walk among the residents the way that he does. Eric will request your help in the matter and it starts by having you collect a few items:

Related: How to unlock Ariel in Disney Dreamlight Valley

After giving the Enchantment to Eric, he will give you some Fish Gut Oil and ask you to talk to Remy about making something to lure up a Nautilus Shell from deep beneath the waves. For the recipe Remy wants you to concoct, you will need the following ingredients:

Take the ingredients to Remy to get the Nautilus Bait. Apply the bait to your fishing rod and make your way to Dazzle Beach. Cast your line out where the river and ocean meet and you will catch a Nautilus. Bring Nautilus to Eric and you will get the Nautilus Pendant. Bring the pendant to Ariel and she will put it on, transforming her tail into a pair of legs. Talk to Eric again to complete the quest.