Chinese smartphone maker Vivo said Tuesday it was “cooperating with authorities” in India after reports investigators raided dozens of its offices on suspicion of money laundering.

The searches make Vivo the latest Chinese tech company to face scrutiny by Indian investigative agencies, after similar raids against Xiaomi and Huawei earlier this year.

“Vivo is cooperating with the authorities to provide them with all required information,” the spokesperson told AFP. “We are committed to be fully compliant with laws.”

Multi-year sponsorships of popular sporting events such as the Indian Premier League T20 cricket tournament have helped Vivo’s brand become a household name in India since its market debut in 2012.

Relations between India and China have been at a low ebb since a deadly Himalayan military stand-off between both nations in 2020.

The government justified the bans as a necessary safeguard against threats to India’s sovereignty.

Anti-China sentiment has grown in India since the fatal 2020 troop clash, sparking calls for consumer boycotts of Chinese goods.

But China continues to be a key economic partner for India, with more than $125 billion in bilateral trade last year.

READ:  Inside The Irish 'Hell Caves' Where Halloween Was Born

Vivo manufactures 50 million devices and employs 10,000 Indians at a factory near the capital New Delhi, the spokesperson told AFP.

India is home to the second-highest number of smartphone users after China.

Its smartphone market grew 27 percent year-on-year in 2021, according to Counterpoint, with annual sales exceeding 169 million units. 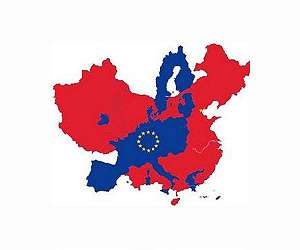 Once in force, the new rules will give EU competition authorities fresh abilities to probe foreign companies seeking to snap up EU-based firms or public contracts.

The rules don’t specifically mention China, but they land as ties between the EU and its biggest trading partner are at a low point and they are largely understood to be targeting Bei … read more