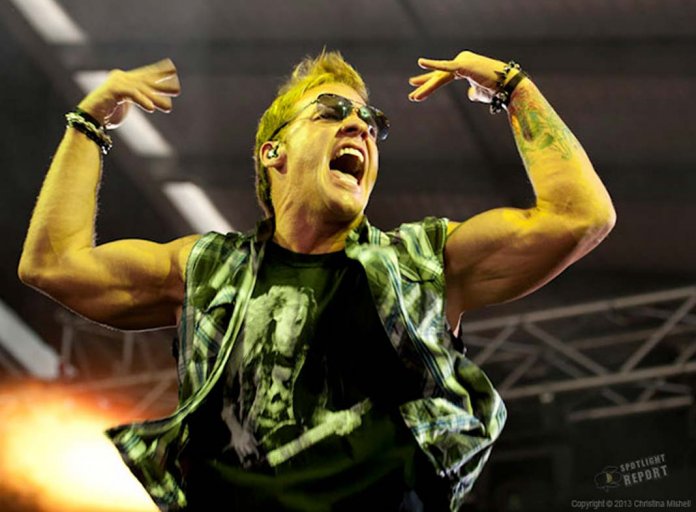 Wrestling legend, rockstar, author, podcaster and actor Chris Jericho is for sure one of the most influential and busiest names within the entertainment industry in recent years.

Despite the many postponements caused by the pandemic, Jericho is finally about to hit Down Under with Fozzy for a full Australian tour alongside Buckcherry.

To find out more about the tour, life after the success of the hit single  “Judas”, the AEW and of course about his roles in Terrifier 2 and Kevin Smith‘s Jay & Silent Bob Reboot, we had the chance to have a super chat with the man himself, who also gave us a hint at a potential return to the US version of “The Masked Singer”.

SR. Pandemic is technically over, borders are open and Fozzy is finally heading back Down Under. How is the bad getting better for the Aussie tour?

CJ. This will be our fifth time, and every time we come it seems to get better and better. We are excited, because you know this tour got postponed and now, we are back on track, back to normal, rocking again, so we are more than excited to return.

SR. How did you feel the first time you were on stage here in Australia and you heard the crowd screaming “Fozzy, Fozzy Fozzy…oi oi oi”?

CJ. It’s great, I think it was the first time we were there on tour, I think it was 2006, long time ago, but there are certain places you go where fans have certain chants that are super unique. We, just were in the UK and they go like “we loooveee youuu Fozzzzzyyyy…we love youuu fooozzyyy and that’s what we do…” and in Glasgow “here we, here, here we f***go!”

It’s gonna be great to be back in Australia and hear the “Oi oi oi” again.

SR. Fozzy, seems to go next level in every song and obviously the song “Judas” became an instant hit that keeps going, people sing that song in sport events, parties, everywhere. How much do you think “Judas” changed the game for you?

CJ. Every band always try to get the elusive hit single, and we were lucky enough to get it. When you record a song, you never really know what it is or why one song becomes a hit, and others don’t. I just remember, when we released “Judas” it got like a million views in one week or even more, but the point is, we never had that before, and there was no reason on why that song came out of the gate so strong, but it did. You either try to find an explanation to that or just sit back and go with it.

The song was a hit, even before fans started singing it at the AWE, and even at the Jericho cruise was the first time it ever happened, and really blew my mind. We never predicted it.

It really was a game-changer for us. The song went gold now, which is nuts, going gold in 2022 for any band, it’s a very rare thing. They played at football games, Hockey games and even I heard it at Wembley stadium at a soccer match. It kind of got to that point it became of a pop culture cycle, and it’s a great place to be. Do I think, we have better songs than Judas, I think they are in my opinion, do we have other songs, bigger than Judas, maybe not, but we got this huge one and now we need to try to beat it.

SR. Speaking about POP Culture, you are in Terrifier 2 and in Jay & Silent Bob Reboot. I remember asking you last time about maybe doing some acting, and this finally happened. What can you tell us about both experiences? 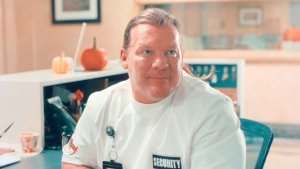 CJ. Acting is such a fun thing to do, and those movies, and it’s a matter of getting the right opportunities and projects. With Jay & Silent Bob happened to be at the right place and time with Kevin (Smith) and with Terrifier 2, it was a project that nobody event believed it could happen or expected to be the hit that it is, as it also took so long to do because of COVID.

Terrifier 2 even had a different ending at first, and we had to re-do it because it took so long to finish and when it was almost ready another movie came out with the same type of ending, so they had to re-shoot.

Like I said, you never know what these could have been, but to be part of Terrifier and to be part of the Kevin Smith universe is an honour, and it’s a great way to resonate more in the future hopefully.

“Terrifier 2 even had a different ending at first, and we had to re-do it because it took so long to finish and when it was almost ready another movie came out with the same type of ending, so they had to re-shoot.”

SR. Can you describe the experience of being on the Terrifier set?

CJ. My part wasn’t very long…was a couple of nights at a former mental institution at Staten Island in New York. The set totally fit the vibe of the movie, it was cold, dark, creepy, the fact you filmed in an actual place that was real and has a backstory, makes it even creepier.

The whole scene that was cut, was inside a cell, involving a fight with “the chick without face”, was a bit gross and kind of dirty, which was the right thing, because that’s how you wanted the audience to feel, adding to the realness of the scene. Also was when Covid was hitting, so all became like a Maverick type of filming, as people were scared if you go out your head could pretty much explode (laughs).

SR. Going back to music. Your latest album Boombox seems to have a more “power ballad” type of vibe, while others like Sin & Bones were heavier. You guys seem to experiment a lot, you even had rapping at some stage in one of your songs. Where are you planning to go next musically speaking?

CJ. I don’t think we ever sit back and plan where we wanna go. We go into this sort of a groove from a song writing standpoint of view between Rich Ward and Johnny Andrews who is our producer. They created this nice system on how to write songs, and they are all suited to my voice, which is nice, because even if Johnny writes the songs, I’m the one who has to sing it and introduce them to the world and get inside of what these lyrics mean. Johnny is writing about the experiences he had, so I’ve to think in what experiences I had to kind of feel them. 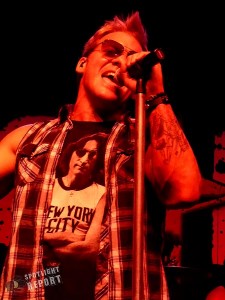 As you see, no matter what we do, or what we do next, is very Fozzy. Not sure where we will go next, but if you liked Judas and BoomBox, you will probably like the next record as well, but we will have some more heavier songs, kind of Sin & Bones era.

Also, I don’t know if we will do more records per-se, because when we release an album like Boombox, it has 12 songs, and 3 went Top 10 in radio, extra 3 get play live, and the rest of the songs kind of get lost and gone forever, and I think that’s not fair for those songs, as we think are great tunes and I’m wondering if maybe it will be smarter to release a new song every 3 months, instead of releasing 12 songs every 3 years. We are kind of experimenting with that idea now.

SR. How is new drummer Grant Brooks doing in Fozzy? What do you guys see on him to get him on board?

CJ. He has been incredible. Sometimes when you are in a band, some guy’s kind of lose their passion for playing, and you kind of settle, because guys are your friends, your buddies. But we didn’t want to settle anymore, and we make a change and Grant fit the bill, he has such a great spirit and is a lot younger than us, he is 20-years old, so everything is new to him, there is no sense of being jaded, or sense of complacency, he is a tremendous player who has gotten better since he got along with Rich, and is also great guy a fun guy to be around while on the road. I’d say is one of the best moves we have ever made, same as bringing PJ (Farley) to play Bass.

This is by far the best line-up we have ever had, from a playing standpoint, from a look, image standpoint, energy standpoint, and most importantly from a comradery – backstage standpoint, it’s such. A joy to be with those guys on the road and I cannot even imagine not having them in the band in the future.

SR. You were recently on the Masked Singer in the US wearing the weirdest Pink Dinosaur Bride costume. That show is trying to break into Australia but is not there, yet I think. What can you tell me about singing with that costume?

CJ. You have a like a Janet Jackson type of microphone. The shows is popular here, and I’ve been back and forth for a while to be a guest, but now that I got the opportunity to be a contestant I thought it was amazing, and I wanted to do something opposite of what people would wanted me to do, something like a Fairly and they have the idea of the giant Dinosaur bride and was perfect, it was fun, and I’m actually in talks to maybe make another appearance later in a few weeks.

SR. You are honestly one of the most influential wrestlers in history, you always seem to reinvent yourself and you have taken the AEW to the next level. You changed the game. How do you see your future in the industry?

CJ. I don’t really think along those ways. I’m enjoying myself right now, enjoying the AEW and the creativity and growth, and the ups and downs of being a start-up company. It has been a lot of fun. As I said, I’m enjoying it, and probably when I stop enjoying it is when I’d leave, but right now it has not been nothing but fun, and a great time across the board.

SR. Everyone is talking about this young wrestler Sammy Guevara now. Do you think he might be the future of this sport?

CJ. He is one of them, we got a lot of great guys in their 20’s that are starting to come into their own, and that’s been so exciting to see happening and growing. When we started, none of these guys have been on live TV or in front of crowds of that size, or being in long time stories, or not being in stories at all and having to be in the backroom for a bit.

It has been really cool to see the growth of everyone, and obviously Sammy is one the pillars as we say and Jungle Boy, MJF and Darby Allin those types of guys, who are top flight, I mean those kids are 22, 20 years old and has been lot of fun to see that. AWE is a great team, and you get that, and guys coming around and guys in their prime and up and comers to make the next step.

Get Your Tickets Here! 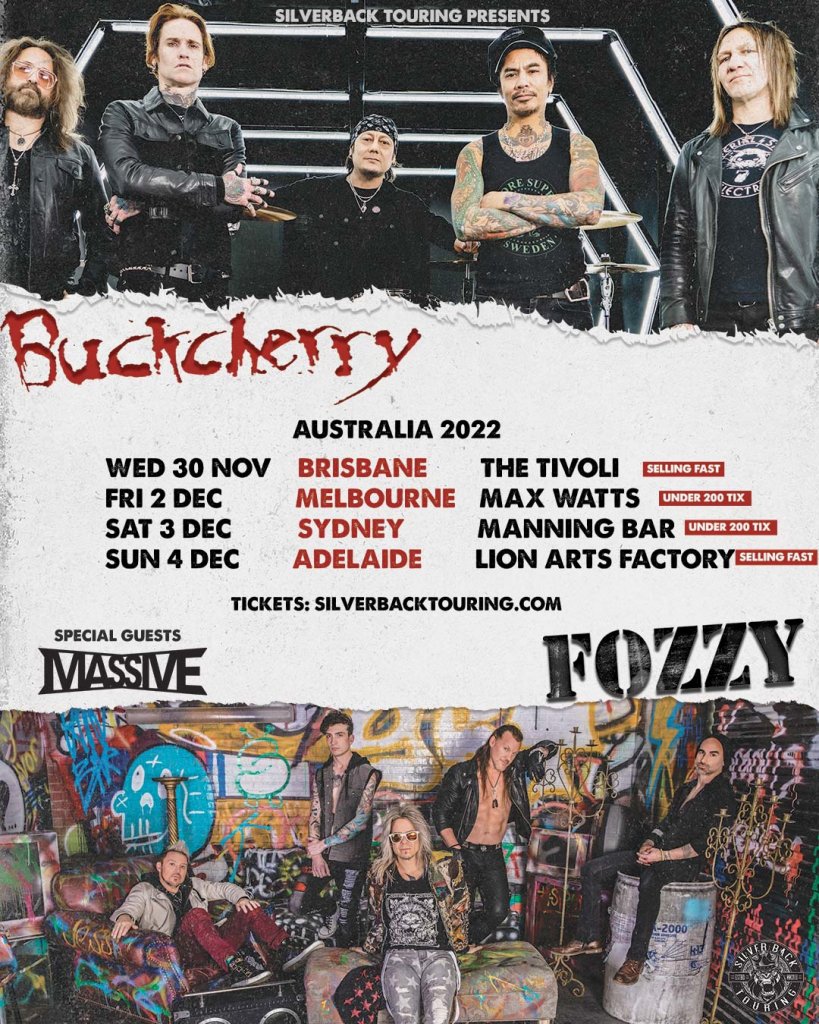