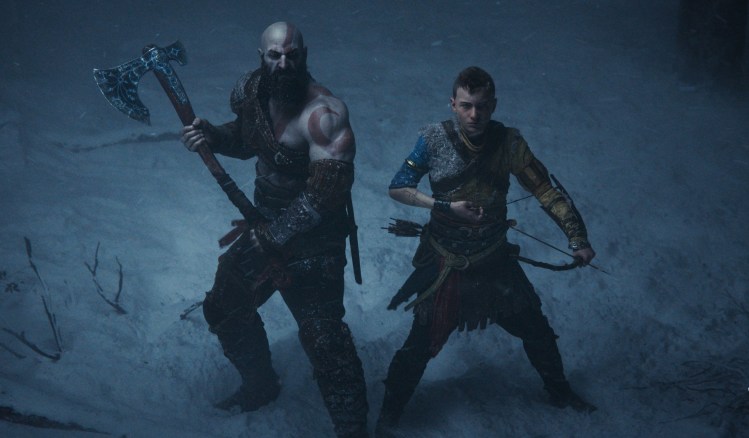 Interested in learning what’s next for the gaming industry? Join gaming executives to discuss emerging parts of the industry this October at GamesBeat Summit Next. Learn more.

Well, look at that. Less than one week after I chastised the room at large for being unpleasant to the devs of God of War Ragnarök because they wanted to know the release date — we know the release date. There’s an obvious conclusion here: Let me yell at you, and positive changes happen. Of course, we also got a delay on Forspoken, which will no longer release in October. No, instead it’s gone from being released precisely between The Last of Us Part 1 and God of War to the relatively empty playing field of January 2023. Huh.

We also saw the resurrection of E3 this week, sort of. The ESA announced it was partnering with ReedPop, the PAX people, to make the event happen. I enjoy the subtle shade that ESA CEO Stanley Pierre-Louis threw at those other summer games shows by saying, “The past three years have confirmed that E3 convenes our industry like no other event.” I’m not saying I agree, but I’m seeing a lot of “Aw heck, I actually miss E3” sentiment cropping up. I have no dog in the hunt — I’ve never been to an in-person E3 event.

Speaking of resurrections, we also finally got our first look at Skull & Bones. I was starting to think it was a myth. But no, Ubisoft revealed what it’s been working for almost ten years — it’s a pirate MMO, just like we thought it’d be. Well, perhaps that’s not entirely fair. I’m going to give it a try, for sure, because I loved the ship combat in Assassin’s Creed 4: Black Flag. If it plays the way it looks, this is probably going to be just a prettier version than that. I can’t say I’m going to play it much, but I’ll at least play it once.

In personal news, I did a thing I know I’m going to regret: I started a new farm in Stardew Valley. I hadn’t returned to it since the last major update. Something about this game is great for when it’s too hot and you want to just stay inside and play something sweet. Some games are a glass of lemonade, others are a hot mug of tea — Stardew is somehow both. I’m also going to take some time to try a game that came out a short time ago, but which I hadn’t gotten a chance to play: AI: The Somnium Files — Nirvana Initiative. It’s a sci-fi noir detective adventure, which ticks my boxes and then some.

What to play this week

GamesBeat’s creed when covering the game industry is “where passion meets business.” What does this mean? We want to tell you how the news matters to you — not just as a decision-maker at a game studio, but also as a fan of games. Whether you read our articles, listen to our podcasts, or watch our videos, GamesBeat will help you learn about the industry and enjoy engaging with it. Learn more about membership.

The best VPN for streaming Netflix