Mumbai: Kanta Mitkari was 30 years old when her husband deserted her. As a single mother of a young boy, with no movable or immovable assets to fall back on, Mitkari decided to take up a job as an Anganwadi worker at one of the centres in Mantha Taluka in Jalna district of Maharashtra.

Mitkari is one of the over two lakh women who work in Maharashtra as Anganwadi workers. She and hundred other women from Jalna district were in Mumbai’s Azad Maidan – the only ‘designated’ location in the city for protests – last week, demanding the state government’s attention to the many demands of Anganwadi workers – demands which the workers’ union must have raised at least over a dozen times in the past year.

“We need better pay, better food, travel and fuel allowance. And most importantly, we want the state to recognise us as full-time state employees and not be employed in some made-up honorary posts,” Mitkari said.

Despite this, and despite constant requests from workers, they have not been recognised as full-time workers but as those doing ‘voluntary work’. They are paid an ‘honorarium’ and not a remuneration.

This arrangement, Mitkari says, has only allowed the government to shirk its responsibility towards one of the largest sectors – which as per official data generates livelihoods for close to 25 lakh women in the country.

The Supreme Court in April this year raised serious concerns over the treatment of Anganwadi workers and helpers who virtually run the entire gamut of early children development schemes in the country. A bench of Justices Abhay S. Oka and Ajay Rastogi ruled that the Payment of Gratuity Act will be applicable to Anganwadi centres, something that has been denied to these workers for close to five decades. Observing that it was time that both the Union and state governments “find out modalities in providing better service conditions for the voiceless commensurate to the nature of job discharged by them,” the apex court held that the workers should be paid gratuity and given the rightful recognition of being employees.

Seven months have passed. The Supreme Court judgement is yet to be honoured. 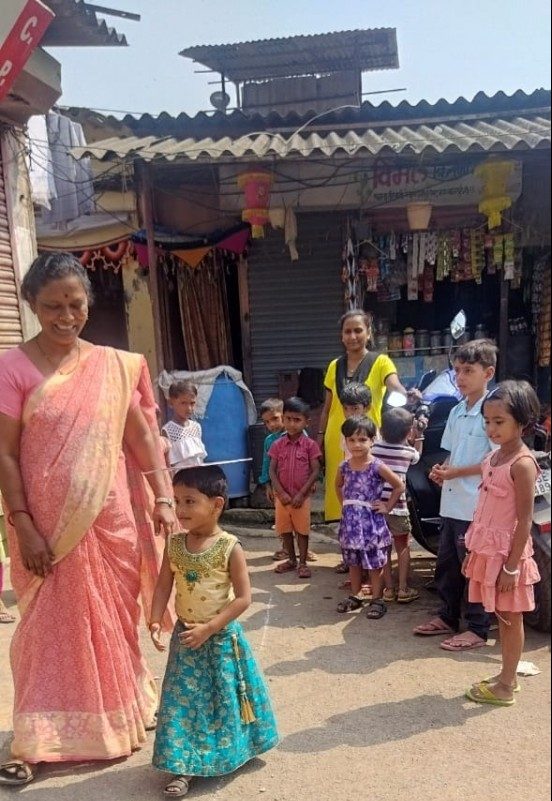 Forty-nine-year-old Sangita Kamble, who has been working at the Anganwadi centre in Mumbai’s Trombay region says that while the government keeps asking for more and more time, their requests too increase as they struggle to make ends meet.

Kamble says her average day begins at 8 am. While work should end at around 1 pm, she ends up working until very late in the evening. “My work entails taking care of 47 enrolled children at my Anganwadi. From ensuring that the kids turn up at the centre every day to taking care of their daily dietary requirements, my helper and I are on our toes till the afternoon every day. And once this is done, we have to ensure we have noted all our daily observations both online and offline – something that can’t be done while handling a room full of very young children,” Kamble says.

In most districts, Anganwadi centres function in rented spaces. The state pays workers Rs 750 per month to rent a space. Kamble says while that money might be enough in a smaller village where community spaces are easily available, it is not close to enough to run a centre in a metro city. And this rent amount too, Kamble says, is not reimbursed for many months. “I have been waiting for the rent money to be reimbursed to me for the past eight months. Last year, it took over a year for the money to be reimbursed,” Kamble claims.

Another Anganwadi worker, Sajeda Syed, says that along with the rental expenses, they also have to take care of the monthly fuel expenses. “I have exhausted four gas cylinders since the month of May. Each of them costs Rs 1,100. But the state is yet to reimburse this money,” she points out.

Every Anganwadi is entitled to 50 paise per child per day. While most workers complain that the money is too little and barely pays for all the fuel expense, this money too takes months to be reimbursed.

So does travel allowance, Kamble says. “So, out of the meagre sum we are paid every month, we have to set aside close to 50% just to keep the Anganwadi up and running.”

Kamble says it is important to remind the state of its vision. Why was the Anganwadi setup? Who are the women that the Women and Child Development department recruits for this job?

As per the criteria set by the ICDS, Anganwadis are to be run by widowed, destitute women, or those belonging to the Scheduled Castes, Scheduled Tribes, Other Backward Classes and minority communities. “So, imagine a woman who is both widowed, and from a marginalised community. She is expected to run her household with the paltry sum offered by the state. The exploitation is not just monetary. It is deep-seated casteism that allows them to exploit the most marginalised women,” she points out.

Anganwadi workers, along with Accredited Social Health Activist (ASHA) workers form the backbone of any village or town.

These workers are also the first-point contact for pregnant women, who depend on them for both prenatal and postnatal care. And not just pregnant women, Anganwadi workers also take care of adolescent girls, making them aware of health concerns and necessity for nutrition, along with the government schemes specially designed for their welfare. “And such integral work is looked at as voluntary work, worthy of only an honorarium,” Syed rues.

In March 2020, when the country was ordered to go under complete lockdown owing to the COVID-19 pandemic and most government services were abruptly discontinued, it was Anganwadi and ASHA workers that people turned to.

Also read: Budget 2022 Shows How Quickly We Forget the Social and Welfare Net That Served Us During COVID

Mitkari says she has lost count of how many colleagues she lost during the pandemic. “We worked without caring for our lives. If it was indeed ‘voluntary work’, most of us would have prioritised our own health and life. But we didn’t have the luxury.” While that was an extraordinary situation, Mitkari says Anganwadi workers end up clocking in several extra hours every month for work they are not even responsible for. “Every month we get innumerable calls from the ICDS centre asking to conduct surveys – that is not our job. We do those without ever getting extra monetary compensation.”

On retirement, Anganwadi workers do not get any pension. A lump sum of Rs 75,000 or Rs 1,00,000 is to be paid to them depending upon their tenure. This money, Syed says, has not been paid to anyone in Jalna. “You go to any ICDS centre and you will find at least half a dozen retired Anganwadi workers queuing up to meet higher authorities for their retirement pay. It is humiliating to see women struggle to get that paltry sum after putting in 25-30 years of service.” Many women, Mitkari adds, have been forced to take loans from money lenders at high interest rates and run their households.

A year ago, over 80,000 Anganwadi workers in the state decided to return the faulty mobile phones provided to them to fill in centralised data on the POSHAN tracker app. The 2 GB RAM of the phones provided could not handle the heavy data that the women had to key in on a daily basis.

Returning these phones was a symbolic act, Syed says. “But what happened after that? Nothing. The state just ignored our demands and we had to spend our own money to buy smartphones,” she added.

Like in the past, last week too, the women have been assured that their demands will be considered in the upcoming Winter assembly session. In response to the agitation, the state Women and Child Development minister and Bharatiya Janata Party leader Mangal Prabhat Lodha said that within a month, the state would look into their demands and come up with a solution.

The conversation with the present state government is a repeat of earlier talks, most women say. The former WCD minister Yashomati Thakur had already assured them that their pay would be increased to up to Rs 12,000. The proposal was to be discussed in the Monsoon assembly session. But as the Mahavikas Aghadi government fell and a new Eknath Shinde-BJP government came to power, all the previous efforts proved futile, Mitkari says.

The agitation has been on for a month and the Anganwadi Workers’ Action Committee (AWAC) has decided to wait for another month before launching another state-wide protest.

“The government’s words are not assuring any more. But we won’t give up on our struggles. Ours is a fight for equality and dignity and we will continue with the struggle,” Kamble added. 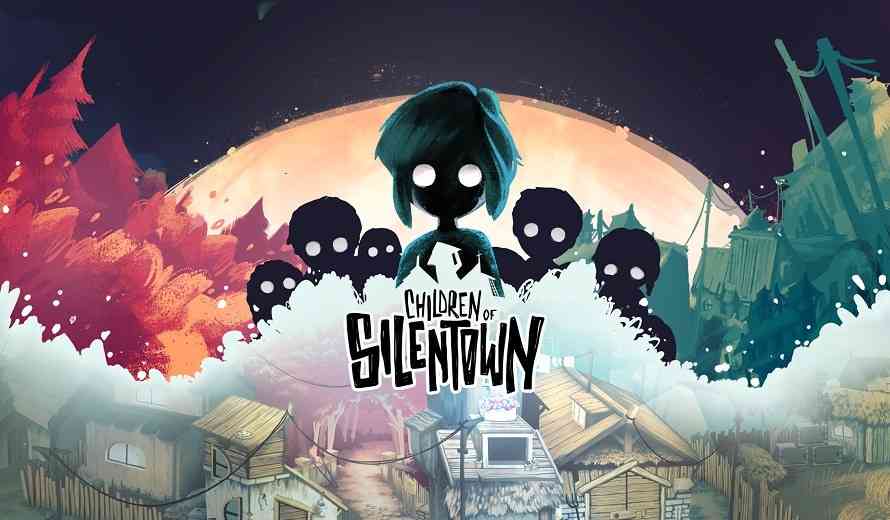 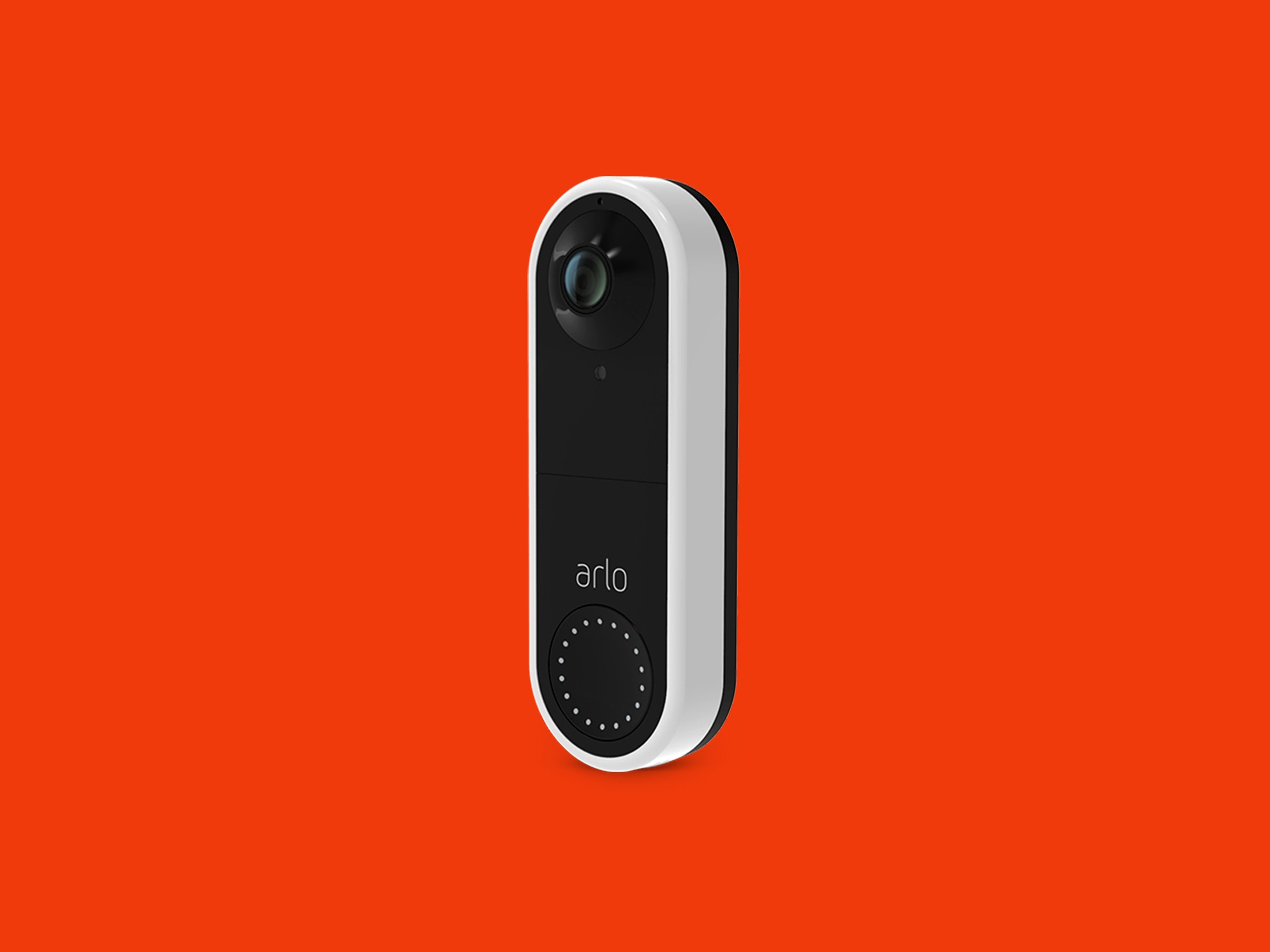 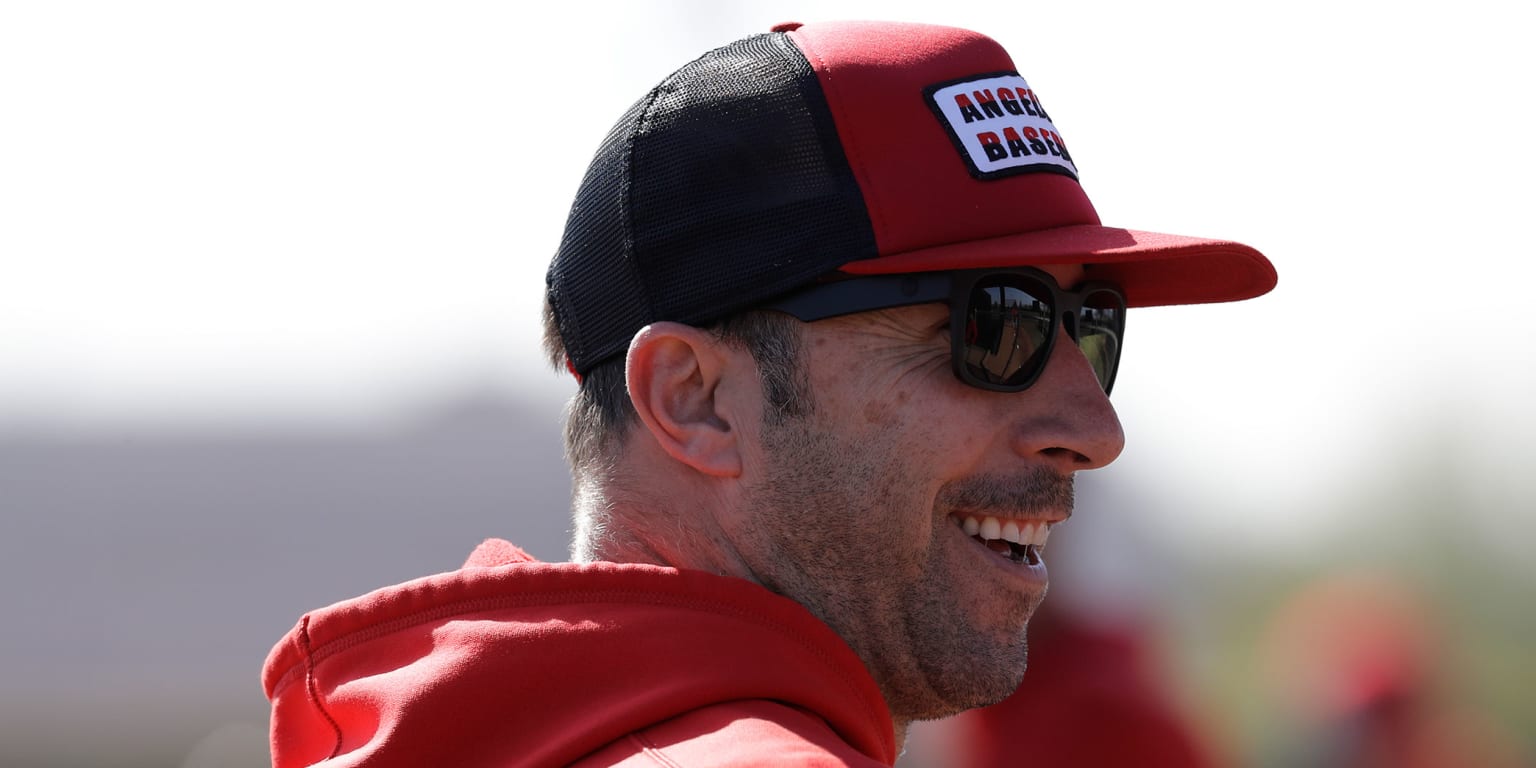 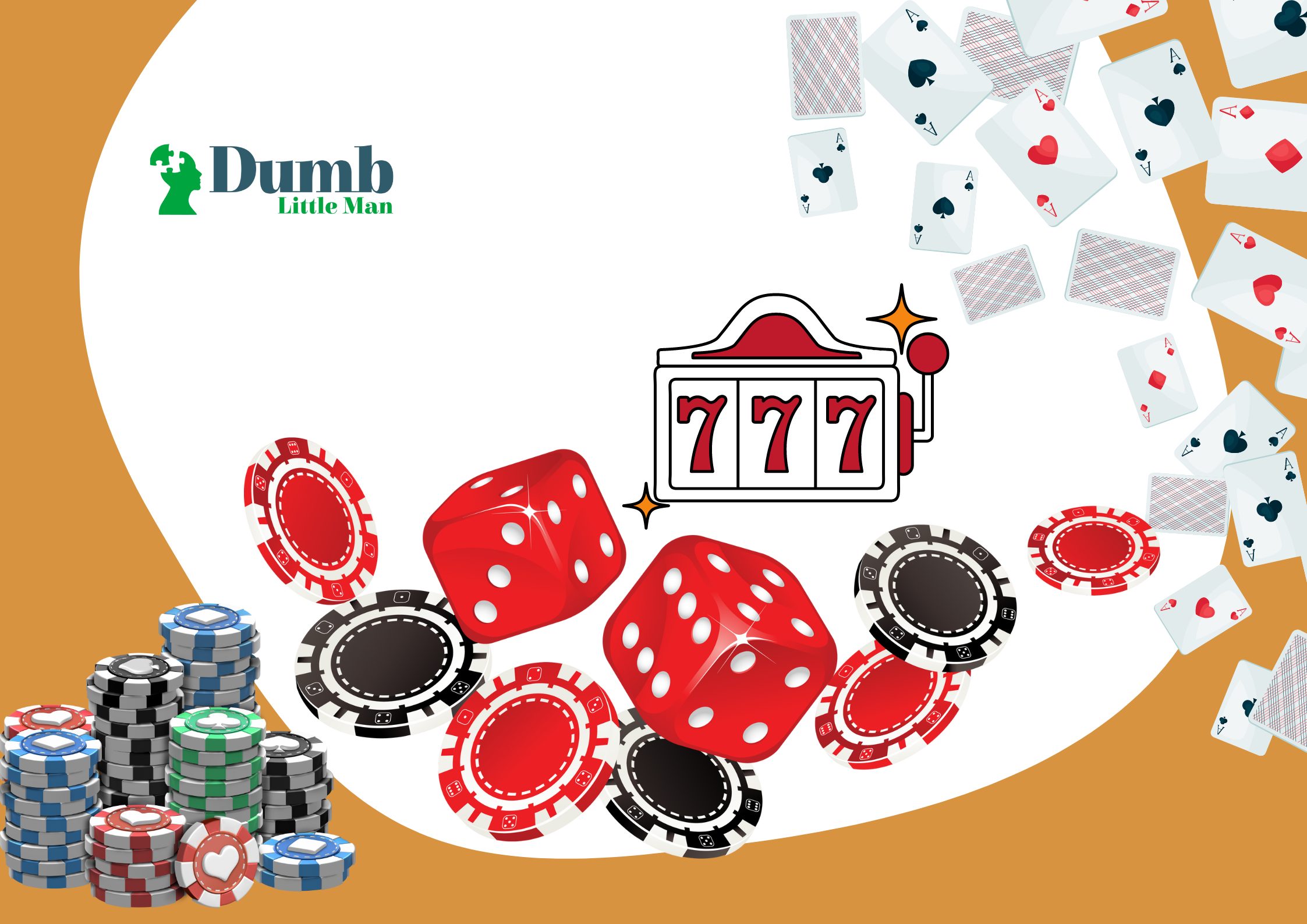