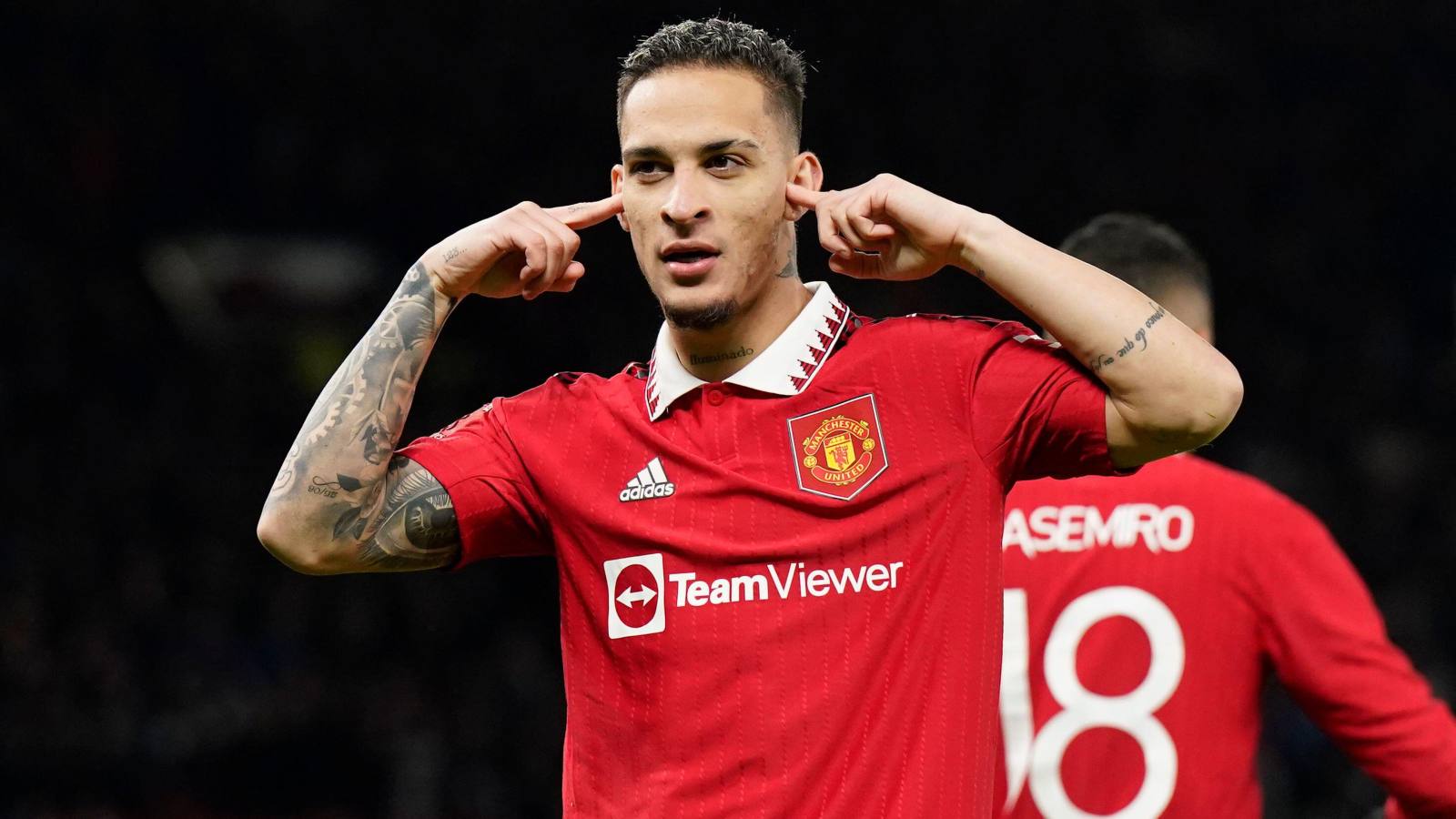 Conor Coady scored for Everton after an embarrassing mistake from David de Gea before netting an own goal as Man Utd picked up a 3-1 win in the FA Cup fourth round.

Marcus Rashford set up Antony’s early opener before seeing a second-half cross turned into his own net by Coady, scorer of Everton’s equaliser.

United were hardly ruthless, grateful to see a potential Dominic Calvert-Lewin equaliser ruled out for a tight offside call, but did enough to make it seven straight wins in all competitions for the first time since Ole Gunnar Solskjaer was in caretaker charge in 2019.

For Everton there was consolation in a better performance after Tuesday’s 4-1 loss to Brighton left them 18th in the Premier League, the pressure firmly on Frank Lampard.

Erik ten Hag named a strong side for his first taste of the FA Cup, but notably selected Luke Shaw at centre-back while Lisandro Martinez – without a start since Argentina’s World Cup group stage game against Mexico on November 26 – joined Harry Maguire and Victor Lindelof on the bench.

After the horror show of Tuesday night, Lampard reverted to the 3-5-2 system used to frustrate Manchester City last weekend, while Neal Maupay replaced Calvert-Lewin in attack.

The 9,000 travelling Everton fans arrived in Manchester still fuming over their latest capitulation, the first chant of ‘sack the board’ coming 15 minutes before kick-off, and their mood did not improve as United snatched the lead just four minutes in thanks to more dismal defending.

Anthony Martial and Rashford combined well to allow the England man to roll in a low cross from the left, but Antony was almost ignored as he raced clear to poke in at the far post.

Everton, devoid of confidence, gifted United further chances through careless passing. Martial flashed a shot wide after a lazy Pickford clearance, while Antony should have been in again soon after but failed to capitalise.

However, Everton remarkably equalised 14 minutes in. Amadou Onana shrugged Casemiro aside to collect the ball inside the United box and found the run of Maupay. His low cross should have been routine for David De Gea, but the goalkeeper inexplicably let it bobble between his legs before Coady stabbed it in.

United tried to reassert their authority but Pickford was out smartly to deny Martial, who then saw another shot blocked by James Tarkowski, and United’s early threat seemed to ebb.

Everton were hit by injury a minute into the second half as Alex Iwobi seemed to turn his ankle when tackled by Tyrell Malacia, leaving the pitch on a stretcher with his hands covering his face. Despite the long delay, replacement Abdoulaye Doucoure was somehow still tying his boot laces as play resumed.

And it got worse for the visitors moments later as Rashford cut in from the left and drove into the Everton box, beating Seamus Coleman to send in a low ball which Coady turned into his own net.

United fans, expecting their side to finish the job comfortably, chanted ‘You’re getting sacked in the morning’ at Lampard – but Everton were not done yet.

Doucoure’s charge into the box was halted by Raphael Varane but the ball rolled to Coleman, who forced De Gea to parry a dangerous cross before Vitalii Mykalenko’s effort was blocked.

Everton thought they had levelled in the 73rd minute when substitute Dominic Calvert-Lewin chested in Gray’s cross from point-blank range, but VAR intervened to rule it offside.

United’s third came in added time as substitute Garnacho raced at goal, drawing the foul from Godfrey and allowing Rashford to send Pickford the wrong way from the spot and keep his goalscoring run going.