Marilyn Monroe’s marriage to Joe DiMaggio, the Major League Baseball Hall of Famer, is virtually a footnote in her biography. But the relationship has been brought to wide attention again, and for deeply unsettling reasons involving him potentially beating her, in Netflix’s new Monroe biopic Blonde. 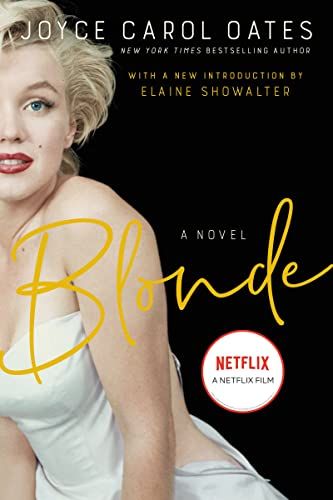 Blonde, based on the novel by Joyce Carol Oates, is heavily fictionalized yet assembled from a spattering of well-researched truths. Directed by Andrew Dominik (Killing Them Softly), the rare NC-17-rated feature functions as a “dream film” as much about Monroe’s image as her actual life, according to Dominik. The plot is structured around a series of cascading traumas suffered by Monroe that circle back on each other in a dizzying, sometimes powerful, sometimes mind-numbing cycle. Monroe (real name: Norma Jeane Mortenson) struggles and fails to get out from under the character the rest of the world has set for her. She wants agency—she just can’t seem to get it.

With a Hollywood output as rich and productive as Monroe’s, and a private life splashed across tabloids, it can be easy to forget all about DiMaggio. But their romance, split, and later-in-life friendship has long captivated the public. In Blonde, it’s pretty much all seen as ugly: We watch Bobby Cannavale’s DiMaggio abuse Ana de Armas’s Monroe both verbally and physically, belittling her when she’s already reached a mental lowpoint.

What in Blonde’s depiction of the relationship is true to reality? What veers into fiction? Here’s a quick explainer.

How did Marilyn Monroe and Joe DiMaggio get involved?

Monroe’s relationship to Joe DiMaggio was an unusual one from the start. DiMaggio was captivated by the then-rising blonde bombshell in 1952 as a fan. After retiring from professional baseball the previous year (he spent his entire 13-year career with the New York Yankees), he asked an acquaintance to introduce him to Monroe. Monroe was reportedly hesitant to meet DiMaggio, assuming he would be the arrogant athlete type, according to Women’s Wear Daily in its history of the relationship.

Yet Monroe and DiMaggio maintained a two-year, long-distance entanglement, with Monroe staying in California while the former Yankee remained on the East Coast.

Then in January 1954, they had a very public yet unconventional wedding. They eloped in San Francisco City Hall. Monroe eschewed a typical gown in favor of a smart-looking brown suit with a fluffy white collar, while DiMaggio wore a simple suit. They were, unsurprisingly, mobbed by a crowd of fans and paparazzi.

The match was not meant to be. Monroe filed for divorce in October 1954, after only nine months of marriage. Having returned to Los Angeles from filming The Seven Year Itch with its famous skirt-blowing scene in New York City, she cited “mental cruelty” as a reason for divorce from DiMaggio, according to WWD. Rumors about DiMaggio’s jealousy and controlling nature when it came to Monroe’s sexpot status have lingered ever since.

How does Blonde depict Marilyn Monroe and Joe DiMaggio’s marriage?

In Blonde, Monroe’s meeting with DiMaggio is more or less a one-sided conversation. DiMaggio falls for Monroe hard, and gestures toward their shared understanding of public life while she looks guarded and vulnerable.

“Hey, I know what it’s like… to be lonely,” Cannavale’s DiMaggio tells a crying Monroe (de Armas) in a restaurant booth. “To want a better life. A good, simple life. A decent life.”

Monroe nods, and cries. “I just wanna begin again from zero,” she says. Yet she can’t. And we know this relationship, like her others, is doomed.

Nude photos of Monroe are used as blackmail by Charlie Chaplin Jr. and Edward G. Robinson Jr., sons of more famous actors who engage in a “throuple” romance with Monroe early in the film. The two juniors approach DiMaggio with the photos, extorting him for money to keep the material private.

READ:  WHO wants food safety made a priority by member countries around the world

DiMaggio returns to his house with Monroe and slaps her across the face. “Those photos. That’s what you are: meat,” he says.

By this point, Monroe has already internalized the disparaging view of herself.

The abuse escalates later in Blonde, while Monroe is filming director Billy Wilder’s The Seven Year Itch. Cannavale as DiMaggio is visibly mortified by the scene she films in which wind from a subway grate blows up her skirt, revealing leg in the acclaimed romantic comedy and her underwear in Blonde’s behind-the-scenes recreation.

Monroe in Blonde returns to her hotel room, where DiMaggio removes his belt. As he starts pelting her, he screams: “Everybody, they’re gonna know what a fucking whore you are!” DiMaggio’s beating of Monroe happens largely off the screen, but it’s among Blonde’s more unsettling moments.

Did Joe DiMaggio really abuse Marilyn Monroe like in Blonde?

Blonde is, by design, extremely difficult to watch. Andrew Dominik, and in turn Joyce Carol Oates in the source material, want you to witness Monroe in her most painful moments. DiMaggio’s abuse is sadly just one chapter in her lifelong trauma. 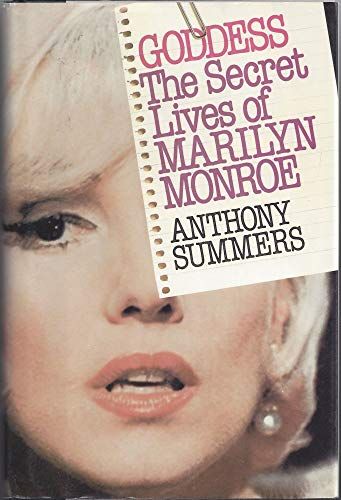 But did DiMaggio actually abuse Monroe physically or emotionally? The answer gets a bit muddied. Remember that we’re talking about potential domestic violence viewed through the lens of the 1950s.

There was certain tension between DiMaggio and Monroe. And it came to a head during shooting The Seven Year Itch. Witnesses confirmed the couple’s heated argument in the lobby of a New York hotel, E! News reports. And Monroe’s makeup artist revealed in the Monroe biography Goddess that the actress arrived to set the next day with bruises on her shoulders.

READ:  PAHO and Unitaid launch collaboration to advance the elimination of mother-to-child transmission of Chagas disease

Further details beyond their hotel spat and her apparent bruises are pure speculation or unconfirmed rumors. But it’s safe to say that DiMaggio and Monroe approached her stardom with different expectations, and that DiMaggio held possibly retrograde views when it came to his very famous wife.

Yet what Blonde doesn’t show is the strangest twist of all: DiMaggio and Monroe later rekindled a lifelong friendship following her divorce from playwright Arthur Miller in 1961, WWD notes. He organized her funeral in 1962 and regularly sent roses to her crypt at Westwood Memorial Park for years, according to E!. He is sad to have loved Monroe until his own death in 1999.

What really transpired between Monroe and DiMaggio? Was there such awful physical beating as shown in Blonde?

It’s hard to say. So much of Monroe’s life is wrapped up in the myth surrounding her. Blonde is just one attempt to disentangle that myth, what might have been, and the image of the woman that’s still impossible to ignore in our collective minds.

Paul Schrodt is a freelance writer and editor who also contributes to Esquire, GQ, Money, The Wall Street Journal, and more. 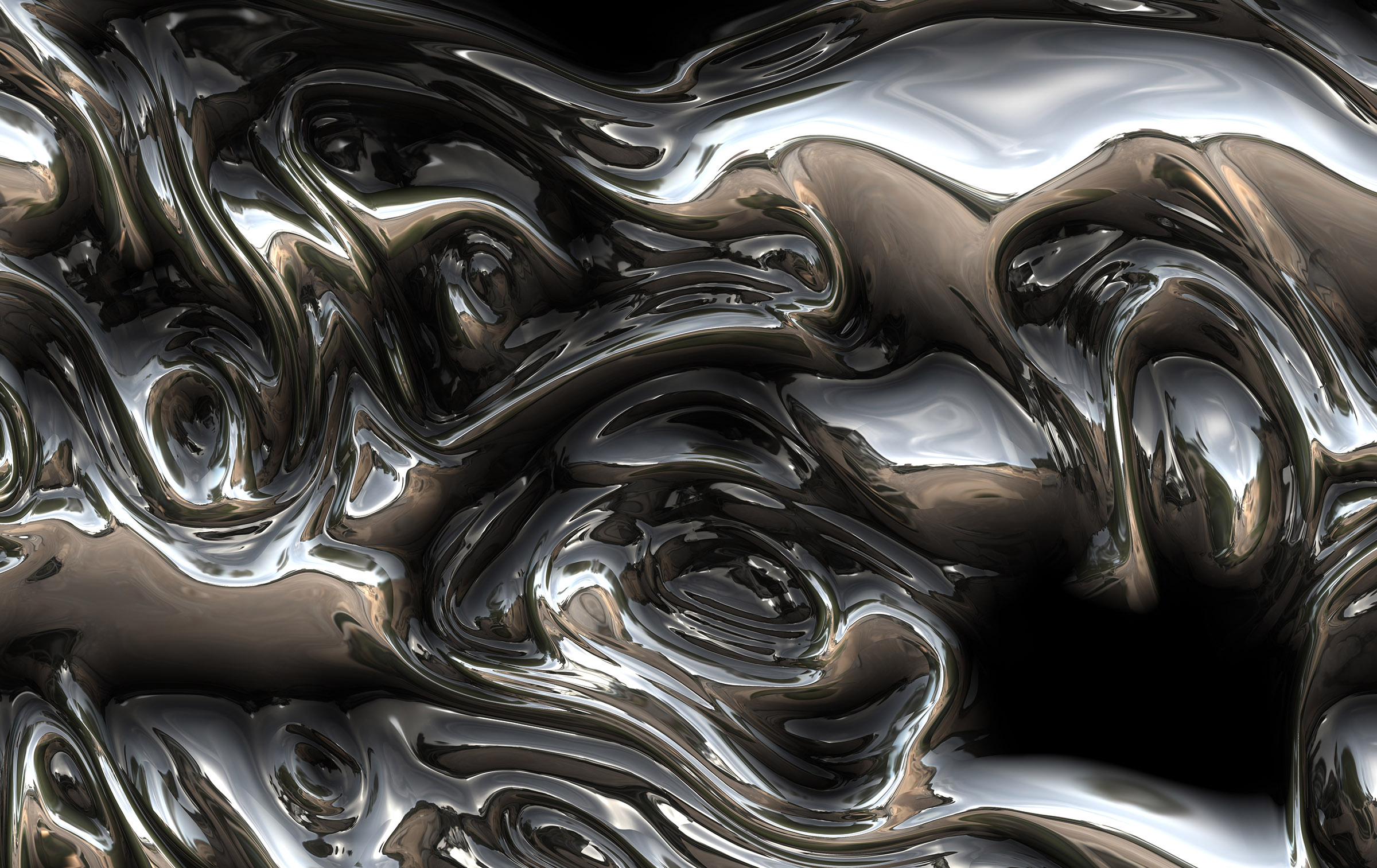