Red Bull’s Christian Horner and Max Verstappen reflect on the confusing finale to Japanese GP, with title sealed despite rules not intending full points being awarded; the FIA has indicated it will review the wording of the regulations

Red Bull boss Christian Horner says a “mistake” was made with the rules that allowed Max Verstappen to clinch his second Formula 1 drivers’ title at the Japanese GP on Sunday.

Verstappen became a back-to-back champion in confusing circumstances as – while the completion of only 28 of the 53 laps at Suzuka meant he should not have had enough points for a coronation – he took the required maximum points tally.

That is because the rule on reduced races and points – new for this year following a 2021 Belgian GP that saw half points scored despite only a handful of laps behind the Safety Car – has been written in such a way that it produced a result that was not intended.

The race being between 50 and 75 per cent long should have meant Verstappen scored 19 points, which would not have given him the title even after Charles Leclerc was demoted from second to third behind Sergio Perez. But article 6.5 of F1’s sporting regulations says that reduced points only apply if a race is suspended “and cannot be resumed”.

As Sunday’s race did finish, race control had no option but to follow the written rules and hand out full points, making Verstappen the champion, much to the surprise of the Dutchman, Red Bull, and every team on the grid.

After a confusing finish, Johnny Herbert is the person to reveal to Max Verstappen that he has become 2022 F1 drivers’ world champion

After a confusing finish, Johnny Herbert is the person to reveal to Max Verstappen that he has become 2022 F1 drivers’ world champion

“I think it’s a mistake that wasn’t included after the issues in Spa last year,” Horner told reporters after the race.

“We were under the strong impression that only with 75 per cent of the race completed would full points be scored.

“So we felt we were going to be one point short. But, in the end, Checo’s move on Charles nailed Max the championship. So you can see his surprise, the team’s surprise. But what a wonderful surprise.”

The FIA has indicated it will review the rule, which is expected to be rewritten. 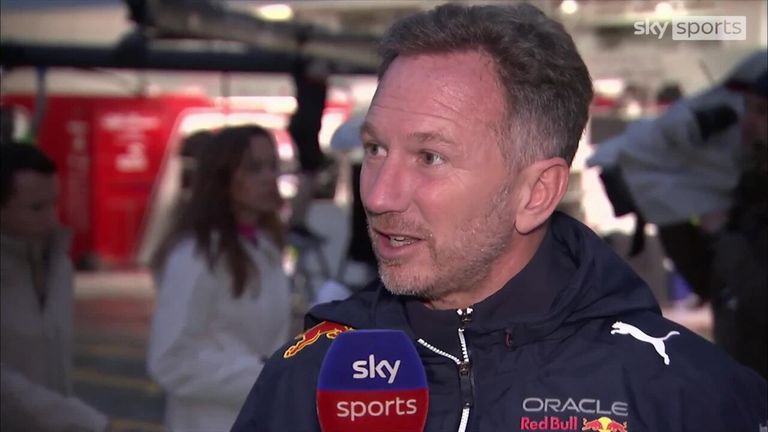 It is Verstappen’s second controversial crowning in as many years – although it must be said this year that the Dutchman was going to take the 2022 title regardless, with four races still remaining this season.

Verstappen used the words “confusing”, “weird” and “quite funny” when reflecting on how he became champion.

“I had no clue what they were going to decide with the points,” he said. “Of course, the main target was to win the race.

“But, yeah, once I crossed the line, I was like, ‘OK, that was an amazing race. Good points again, but not world champion yet’. Then I did my interview after the race. And then suddenly, my mechanics started to cheer and I was like: ‘What’s going on?’. And then I realised that Checo was second instead of Charles. 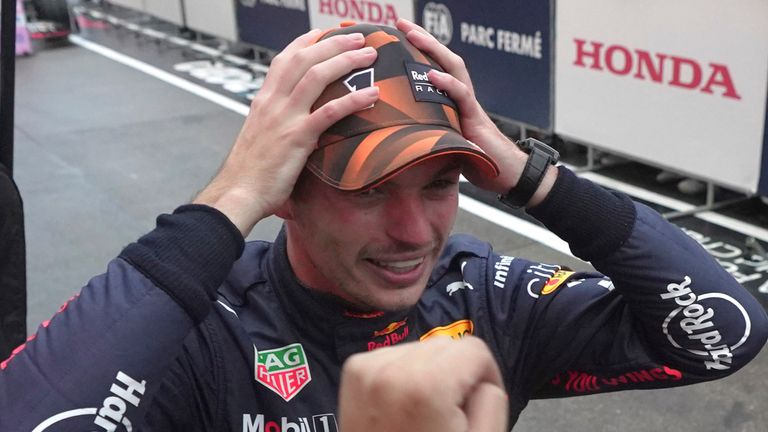 “But I still didn’t know if it was full points, half points or whatever is 75 per cent. I don’t know how you do it.”

Verstappen was told by the FIA’s media delegate he was world champion but said: “Then suddenly people were telling me ‘no, you’re still missing a point’. So, it was like: ‘Oh, that’s amazing. That’s a bit weird’.

“But then eventually we had enough points so then we were world champion again!”

Verstappen added: “To be honest, I don’t mind that it was a little bit confusing, I find it actually quite funny. Because, at the end of the day, it’s not going to change the result.”

Sky Sports F1’s Mark Hughes’ statement in his recent the-race column reflected the feelings of much of the paddock on the day where F1 did not put on its finest show for many reasons.

Just looking at the points, a shortened race giving full points is not how the new-for-2022 rule following a farcical Belgian GP last year was intended. The FIA even said as much when confirming the rule back in February, stating that “if the leader has completed 50 per cent but less than 75 per cent of the race distance, points will be awarded as follows” – 19 points for a winner, 14 for second place, 12 for third and so on.

READ:  Dodgers phenom May to have TJ surgery

But the phrase “cannot be resumed” in the regulations negated its use entirely. 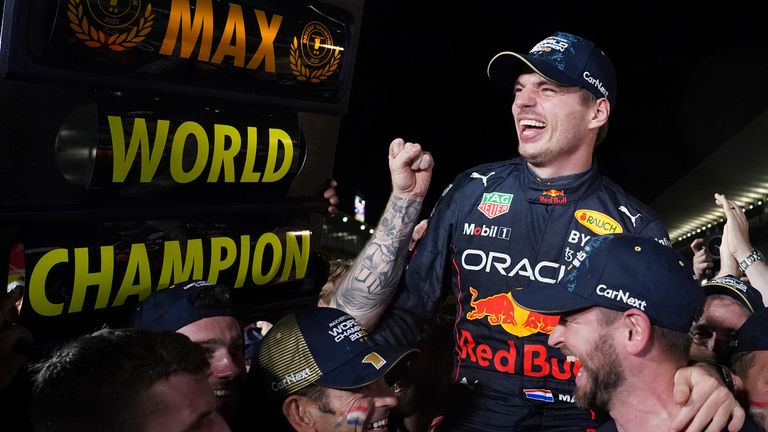 Those three words have been kept in, seemingly unintentionally, from previous iterations of the rule, when it existed because the only examples in history were from races which were started and then could not get going again.

Suzuka’s race finishing after a near two-hour suspension, but not completing all the laps in the three-hour window, was therefore a first, and the rewritten rule was applied correctly, yet still to the bemusement of teams up and down the pit-lane.

Confusion continues even now; as an example, the way the rule is written currently means there could have been just three laps completed on Sunday, and full points would have been awarded.

With Verstappen nailed-on to become world champion even if he was denied on Sunday, this is nowhere near the controversy of last year. But just imagine if this was the final race.

F1 did not help itself with a lack of clarity of its rules, which will surely be addressed to avoid a Suzuka repeat. 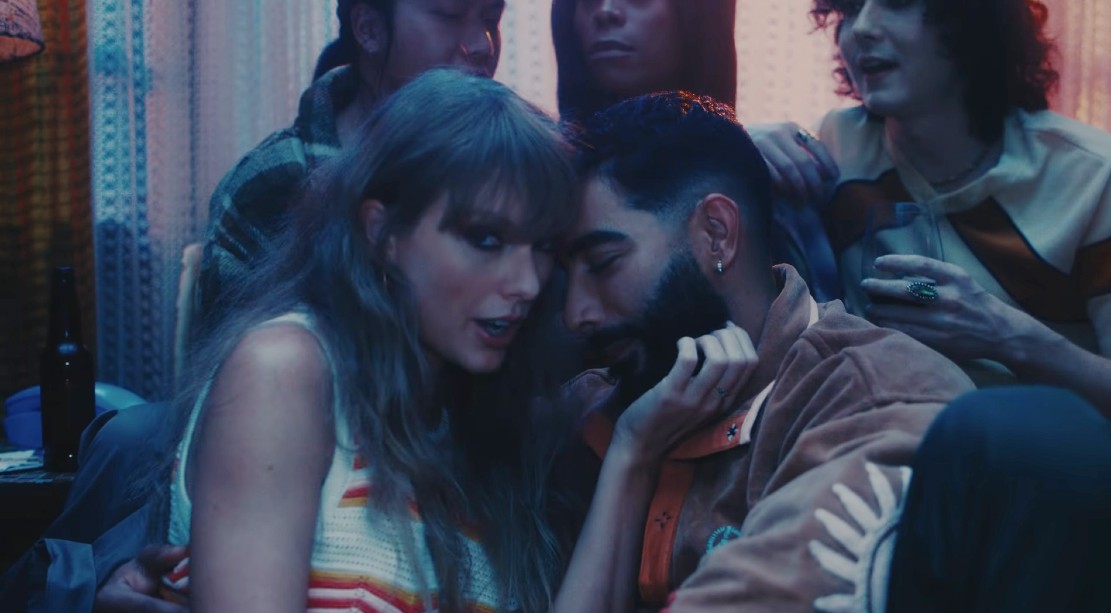 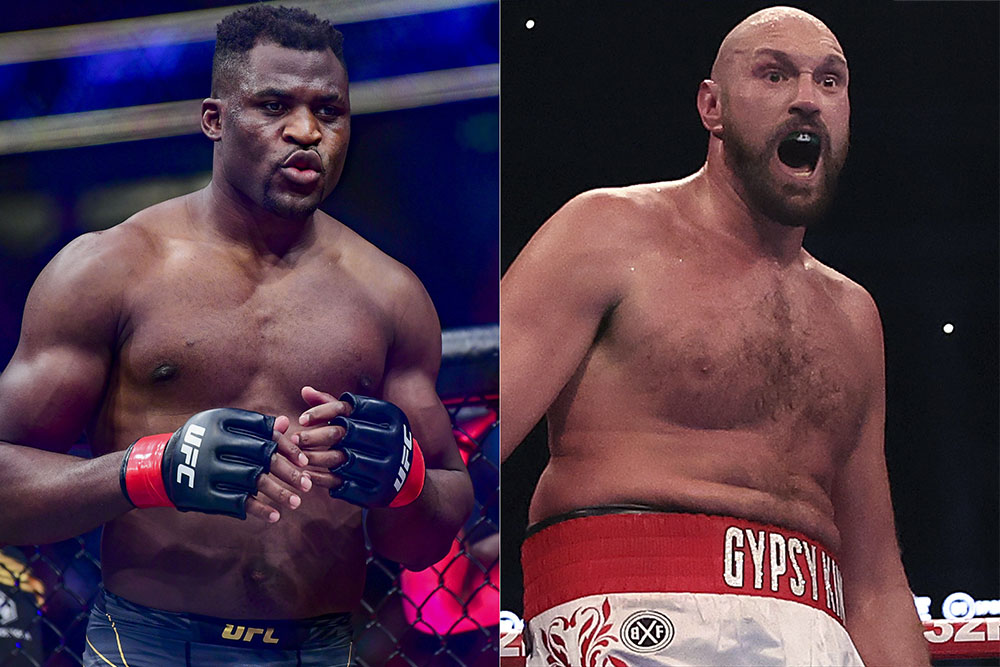 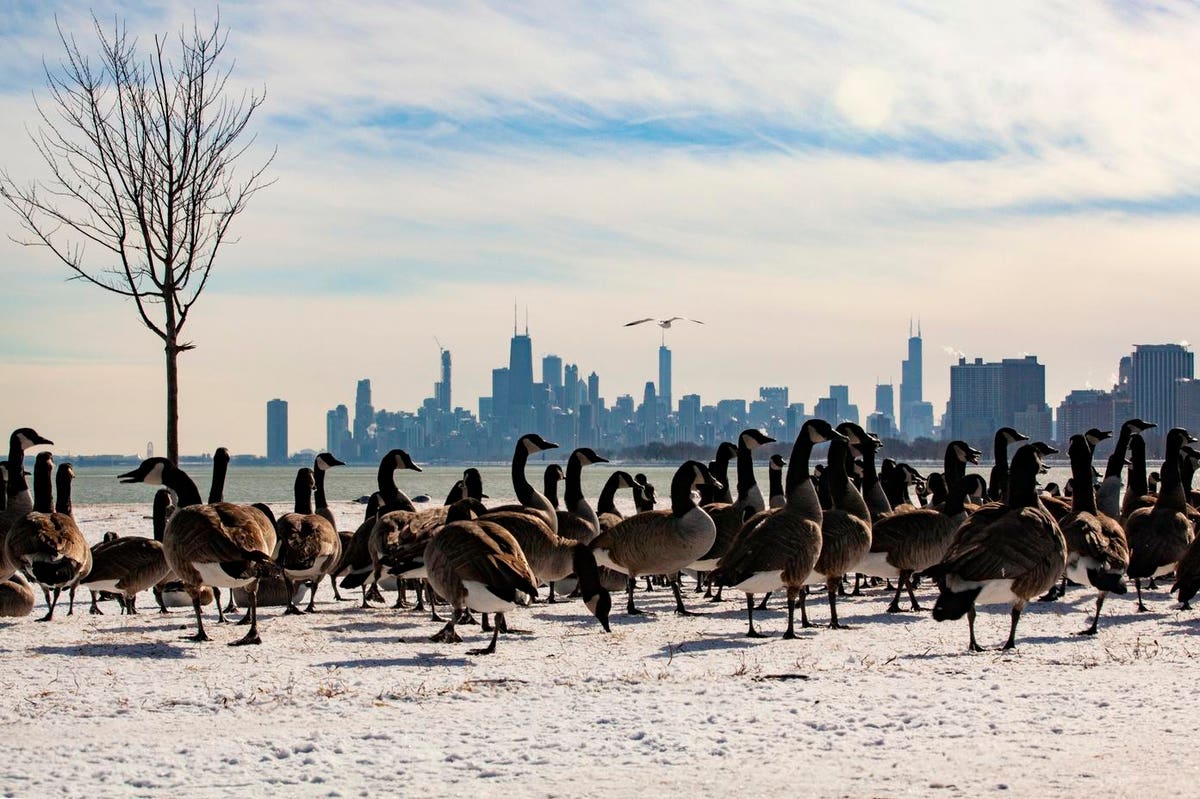