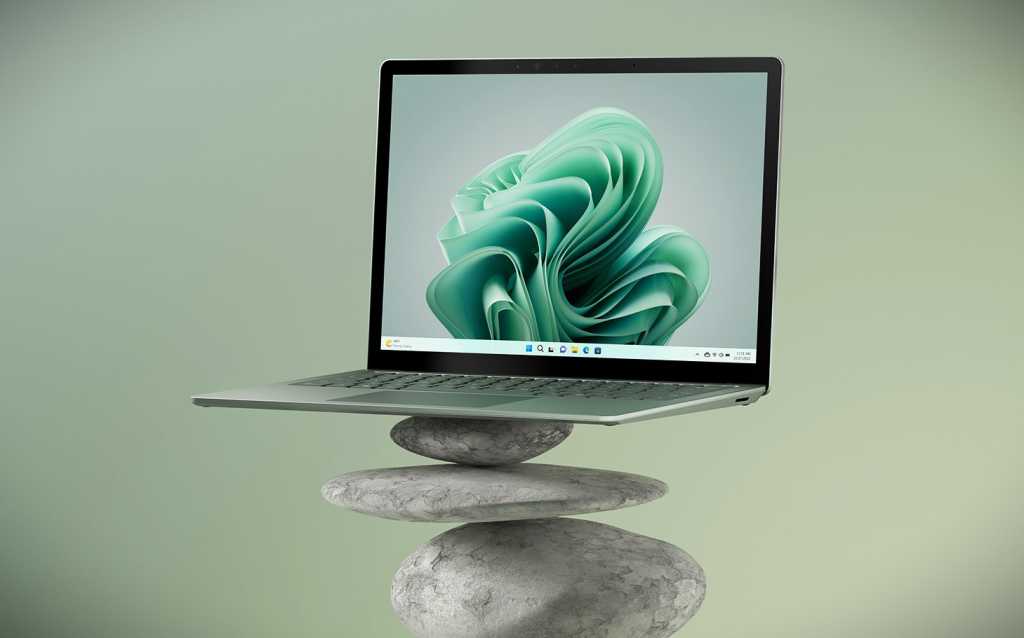 Microsoft’s Surface Laptop 5 continues Microsoft’s tradition of providing a general all-around productivity laptop, though there’s one pronounced change for this generation: Microsoft has settled on a 12th-gen “Alder Lake” Core chip from Intel—and that’s it.

The Surface Laptop 5 won’t offer us the chance to directly compare Intel’s latest Core against AMD’s latest Ryzen processor, as was demonstrated in our Surface Laptop 4 review. But it will still offer you a choice—between a 13.5-inch display and a larger, 15-inch version. Inside, you’ll find the same processors used on the new Surface Pro 9: a choice between the Core i5-1235U and Core i7-1255U, with a faster i5-1245U and i7-1265U reserved for commercial versions.

Only commercial customers will have the choice between Windows 10 and Windows 11; consumers will receive a Surface Laptop 5 preloaded with Windows 11, the first time Microsoft has shipped a Laptop with its latest OS.

READ:  The Surface Laptop Studio isn’t as original as Microsoft would have you believe

Users also have a new color option: Sage, in addition to the existing Matte Black and Sandstone. Remember, too, that the Surface Laptop 4 and 5 also offer you the option of an Alcantara fabric coating instead of a metal chassis, in a Platinum color. Every single Surface Laptop 5 is part of Intel’s Evo platform.

READ:  Google Chrome thinks it can make online shopping safer than ever

Like most of the other modern Surfaces, several parts are replaceable by a trained Microsoft technician, including the SSD, display enclosure, motherboard, battery, and the thermal module. The Surface Laptop 5 will ship with a 60W power plug, and will continue to be Microsoft Pen compatible.

Remember, Intel’s Alder Lake architecture makes a jump to a mix of performance and efficiency cores, so that 12th-gen mobile Core performance jumped up quite significantly from the prior generation. Microsoft characterized the Surface Laptop 5 as “50 percent mor powerful” than its predecessor, the Surface Laptop 4. How Microsoft tuned these 12th-gen Core chips and how well they’ll fare against their mainstream competition will have to wait for our own tests.

As PCWorld’s senior editor, Mark focuses on Microsoft news and chip technology, among other beats. He has formerly written for PCMag, BYTE, Slashdot, eWEEK, and ReadWrite.