Game Hollywood has announced a major update for Robot Tactics X, the studio’s mecha-themed RPG on mobile. Fans of the turn-based strategy title can look forward to massive upgrades, particularly as they fight for dominance across the battlefield in 3D.

In particular, the latest update for Robot Tactics X now features 3D battles as a special upgrade from the previous 2D combat. Pilots also boast the vocal prowess of talented voice actors to increase player immersion – plus, the PvP Arena now lets players control their units manually to make sure they can strategise their wins against higher-level opponents. 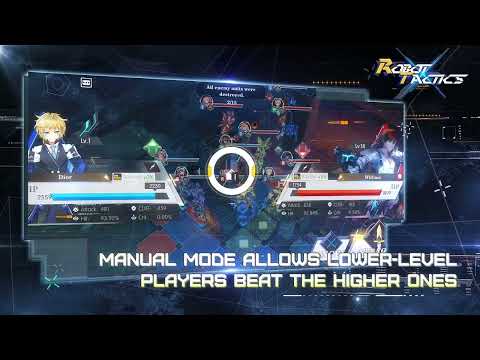 If you’re yet to try it for yourself, Robot Tactics X is an in-depth, gacha-style, strategy RPG that appeals specifically to mid-to-hardcore gamers. Its challenging turn-based battles are enhanced by an in-depth narrative and a ton of customisation options where you can tinker around with over 100 parts to perfect your mechs. It isn’t all about armour and big guns either; every part you choose will produce a different synergy with the rest of your build, ultimately determining how your machine will perform on the battlefield. On top of that, you’ll also need to recruit the best possible pilot (who also come with their own unique skill sets) to operate your mech in battle.

If you’re eager to experience Robot Tactics X for yourself, you can download it on the iOS App Store and on the Google Play Store for Android devices. It’s a free-to-play game with in-app purchases. You can also visit the official website for more info, or join the community of followers over on the official Facebook page to stay updated on all the latest developments.