At 7.50pm last Saturday, nearly 50,000 fans also known as Blinks began to bring out their pink hammer-shaped light sticks that suddenly brightened the dark Bangkok sky, filling the large open-air space of Suphachalasai National Stadium on Rama 1. This was followed by the echoing sounds of screaming fans as Ji-soo, Jennie, Rosé, and Lisa finally appeared on stage. Some fans had actually waited for them since early morning that day.

Blackpink took the stage for the first of two shows over the weekend as part of their Born Pink World Tour. This marks their second major concert in Thailand after the In Your Area World Tour in 2019. The group opened the set with the powerhouse tunes like How You Like That, Pretty Savage and a short version of their debut single Whistle, causing the crowd to go crazy, jumping up and down.

I checked the forecast on my phone and the temperature was around 24C, which was surprisingly quite chilly. As soon as I thought to myself we were lucky to have this weather for an outdoor concert, Lisa came on the mic and said: “Thailand is so hot! I’m sweating all over now.” The other three girls then began nodding and attempting to repeat the same sentence in Thai. Rosé then turned to the crowd asking: “Are you guys hot? Hope you guys are doing all right down there.” The crowd screamed back with delight. Well, that’s understandable though, considering the group had just concerts in places like Copenhagen, Berlin and Amsterdam less than a week earlier. Bangkok was their first stop on the Asian leg before flying to Hong Kong, Saudi Arabia, Malaysia and Indonesia next. 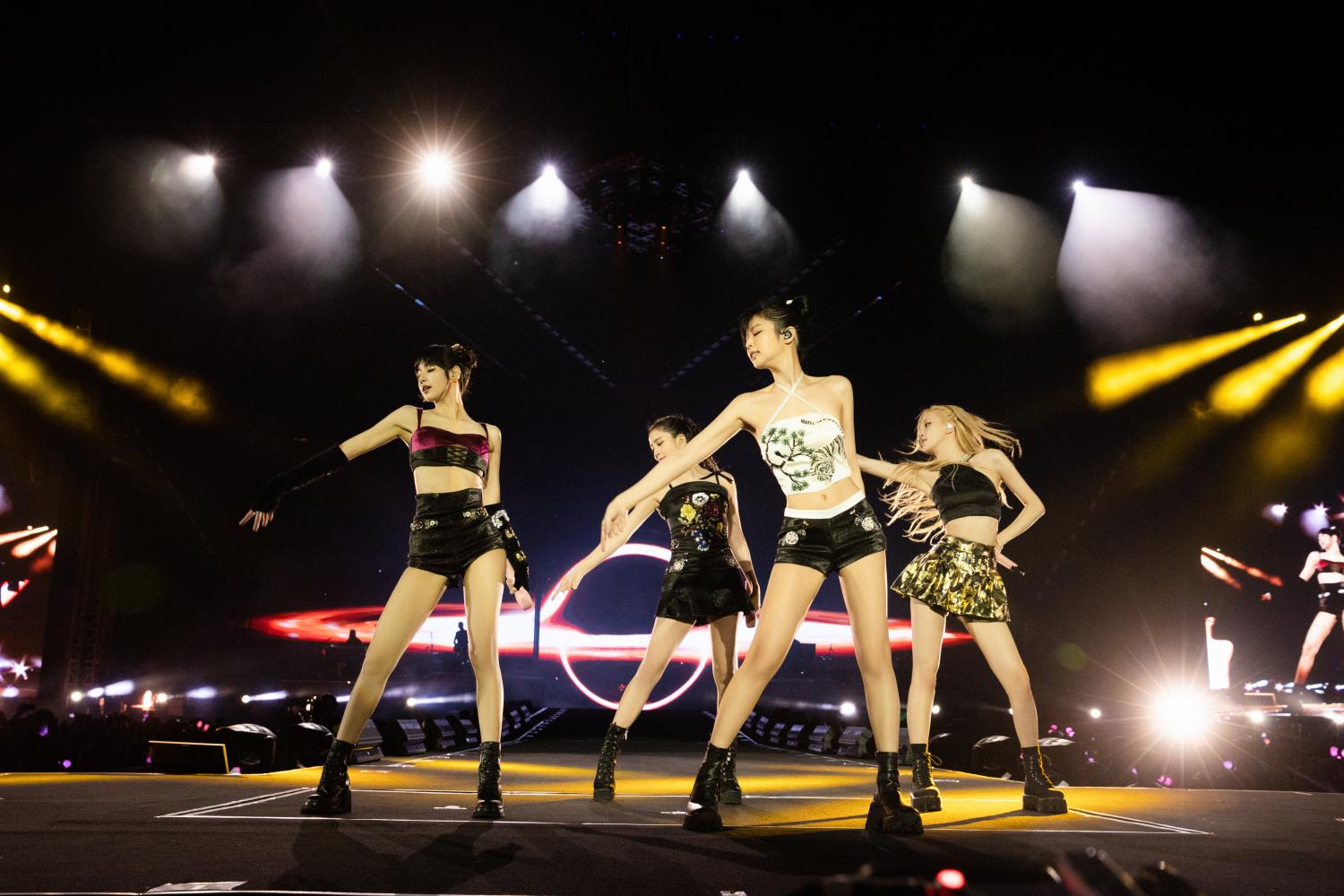 As many may know, prior to the show, there was drama among fans involving the venue as South Korea’s YG and Thailand’s Live Nation were slammed for choosing a low-quality venue for the concerts which moved from Impact Arena to the much older Suphachalasai Stadium just a few days before prior. Some even complained that the benefits they got from buying a VIP card didn’t match the price and the sale of standing tickets continuously until the day of the concert led to fears that the standing zone would be too crowded. Even though the decision may have upset a lot of fans, as soon as the show began, the sound system, the lighting, the music, and especially the high-energy performance more than made up for it.

The four performed hit-after-hit ranging from Don’t Know What To Do and Lovesick Girls to Kill This Love, Crazy Over You, Playing With Fire and Tally. Blackpink finished act two with Pink Venom before the track gradually transcended into heavy drum and bass beats and the girls were replaced on stage with a dance show by the YGX dancers team as they displayed their high energy with amazing choreography. Every move of the dance break felt strong and impactful as if the stage would almost collapse. 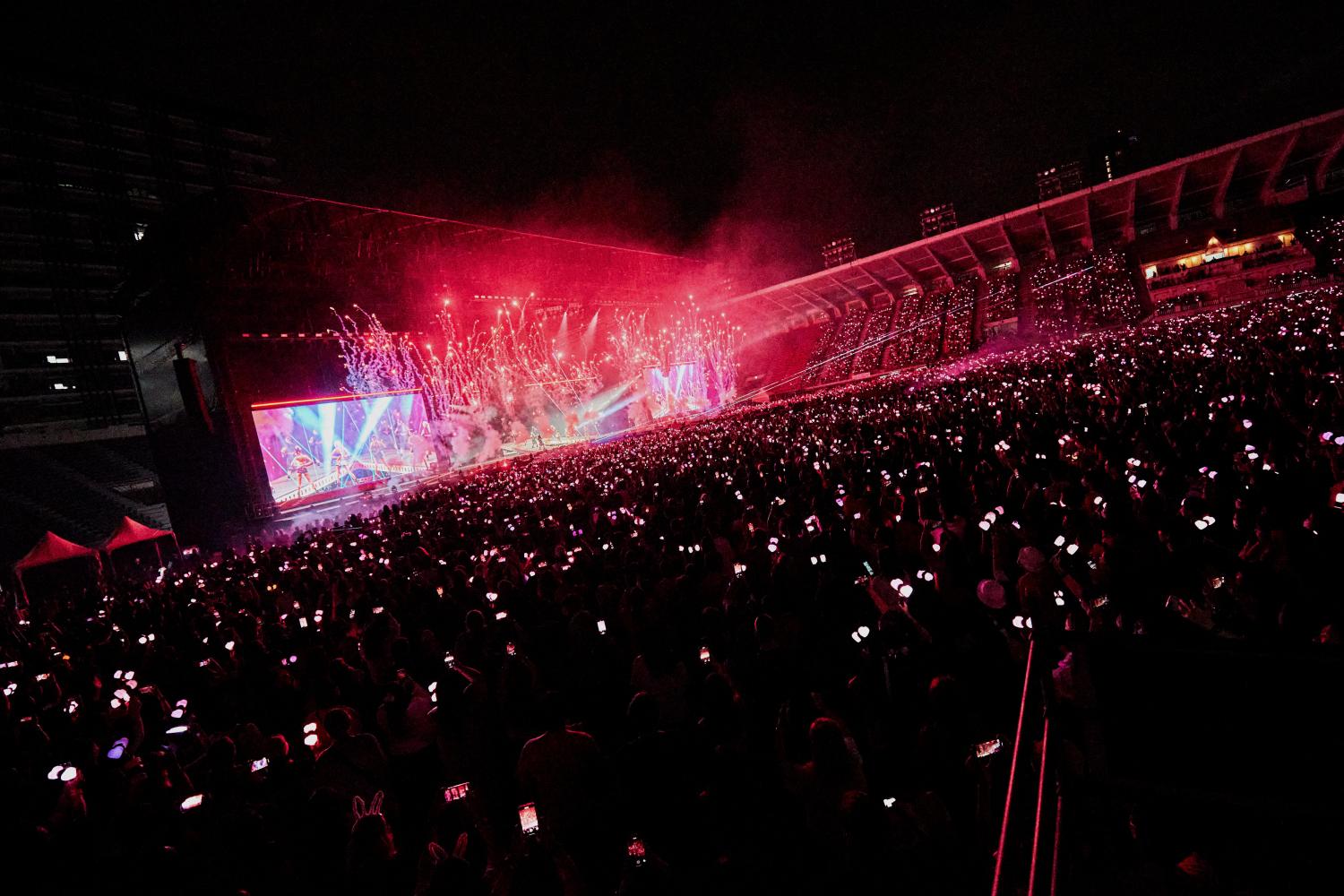 Then, the sequence changed to solo stages giving each member of Blackpink the opportunity to show off songs from solo projects. Ji-soo in a red dress was the first to take the stage and mesmerise the crowd with the song Liar, followed by Jennie’s I Love You & Me. Rosé came on with a short version of Hard To Love and a stunning performance of On The Ground. Screaming Thai fans erupted when Lisa came on stage with the new remixed version of Lalisa and Money, giving a fun, positive energy to her personality as a performer. At the end of the show, Blackpink blasted fans with hits such as Shut Down, Typa Girl, DDU-DU DDU-DU and Forever Young before the four left the stage for about 10 minutes and then returned for the encore sequence with three more songs — Yeah Yeah Yeah, Stay and As If It’s Your Last, with a cute intimate moment interpolated by singing a retrospective birthday song for Ji-soo.

Some may say Blackpink concerts tend to be the same and if you watch video clips on YouTube at home it probably won’t be much different. But for me, experiencing the real atmosphere at the stadium provided an impressive feeling that may not come from the performance of the four girls alone, but rather from being able to witness the relationship and the connection between the group and their die-hard fans at the show, and how they dance and sing along to every track. The special energy was fused into the tens of thousands of pink lights that will linger in the memories of those who attended that night for a long time to come. 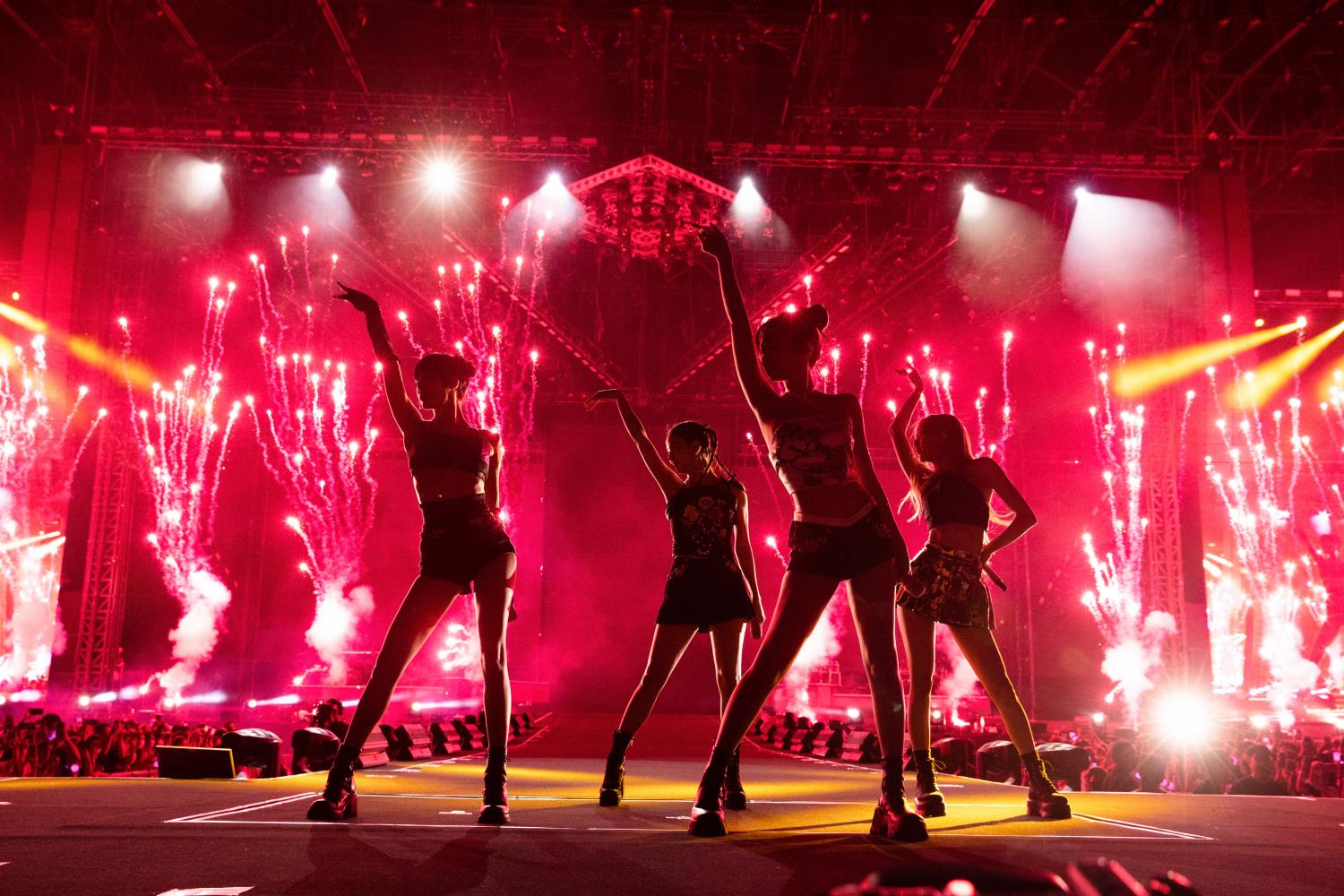 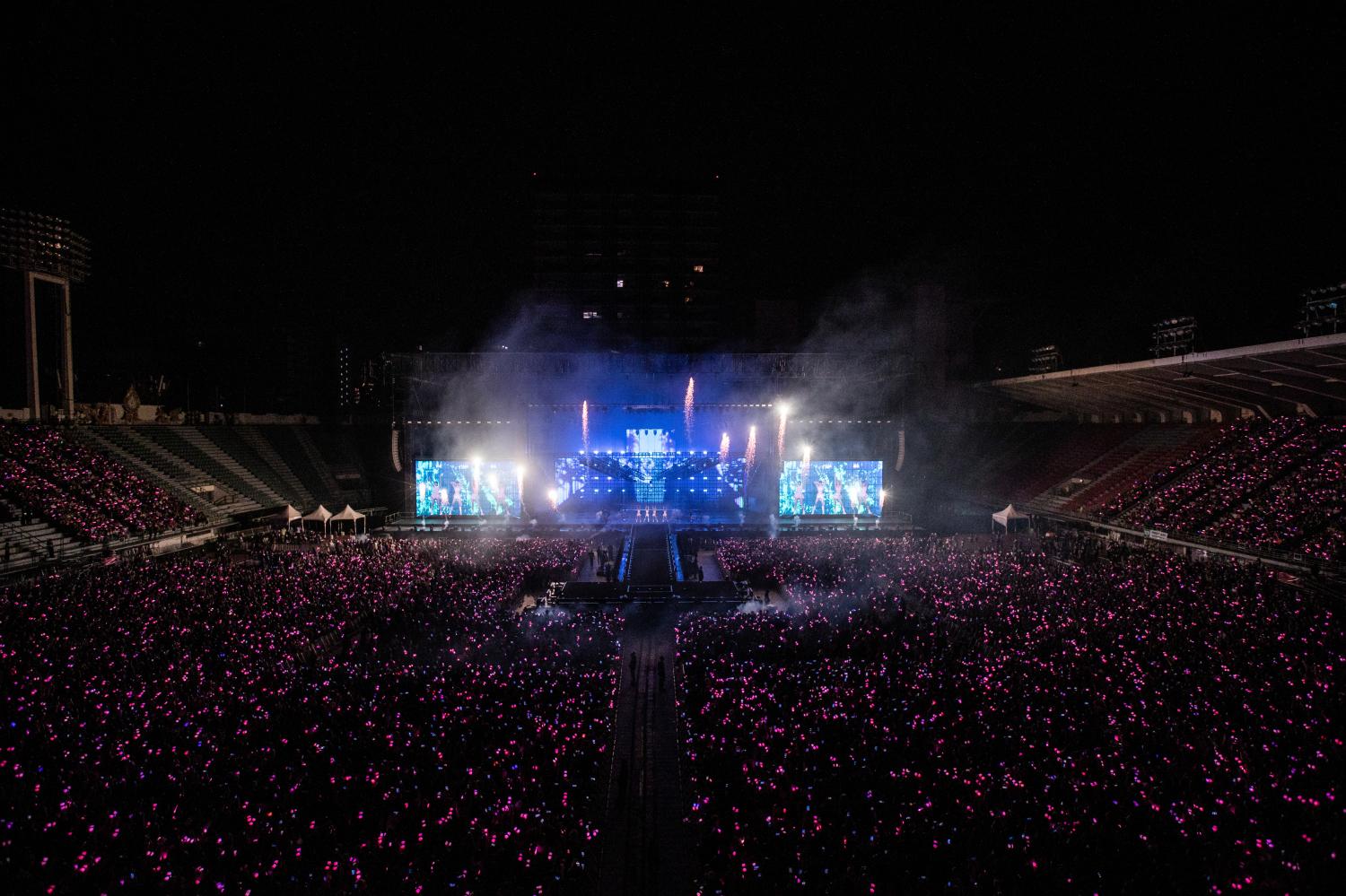 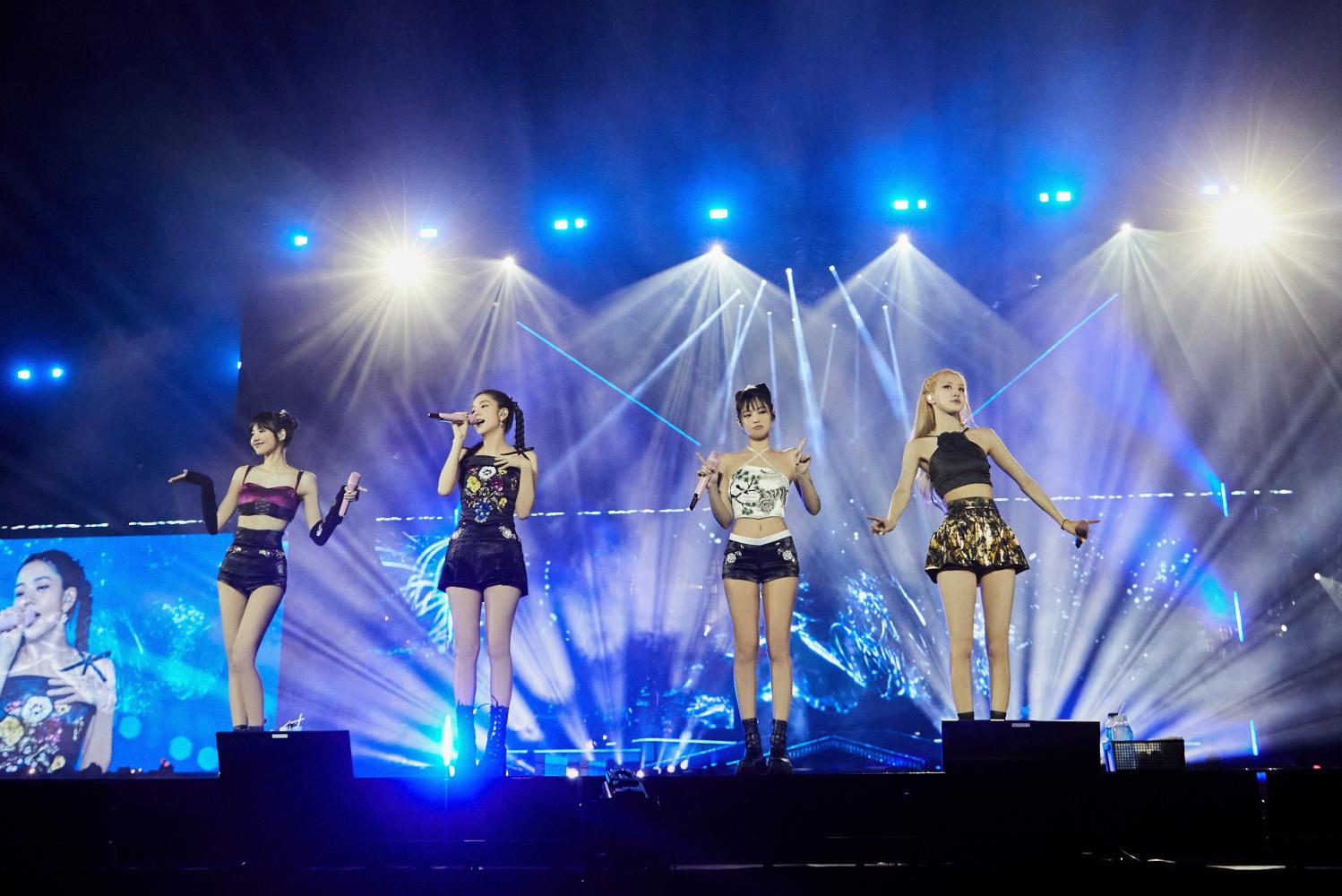 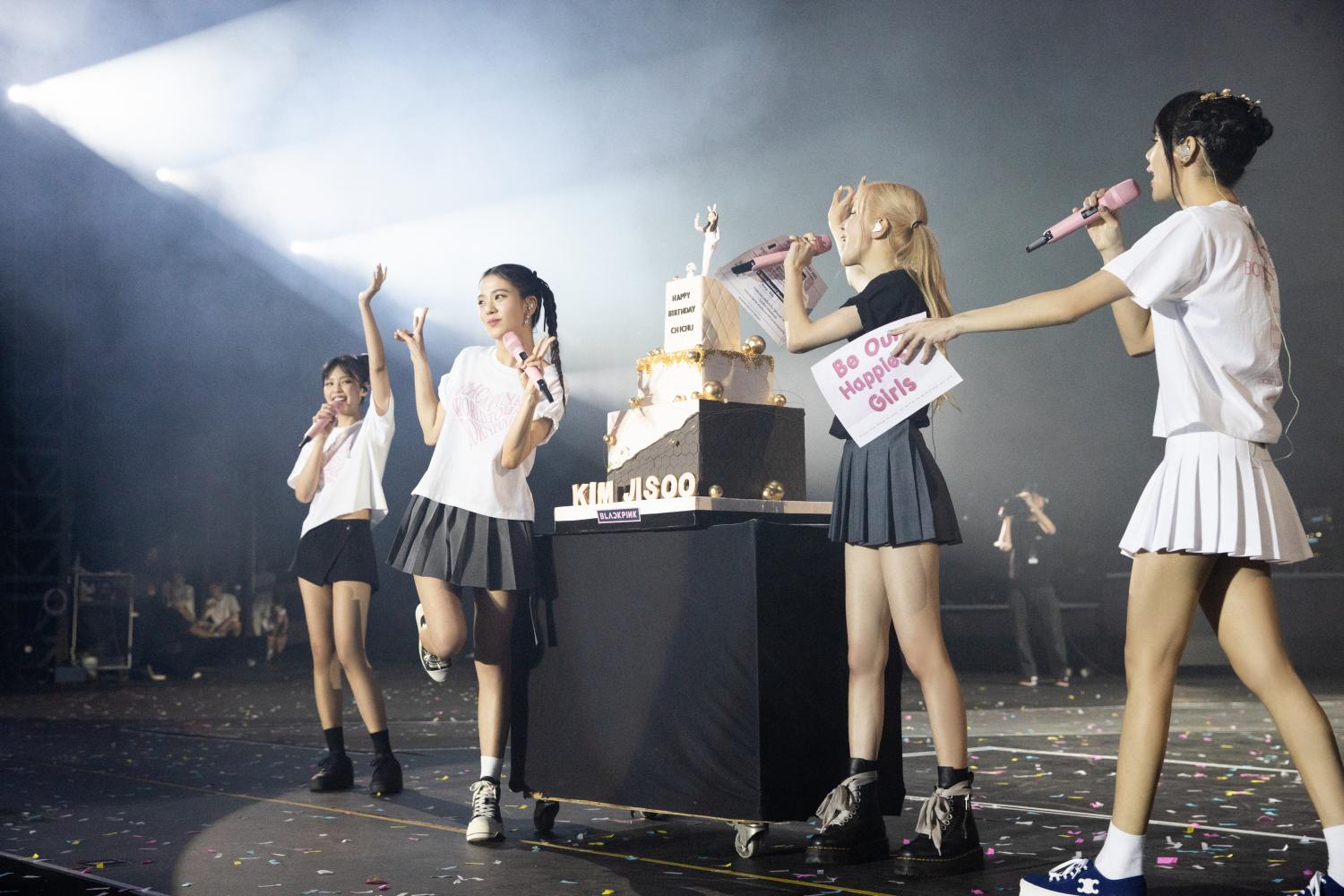 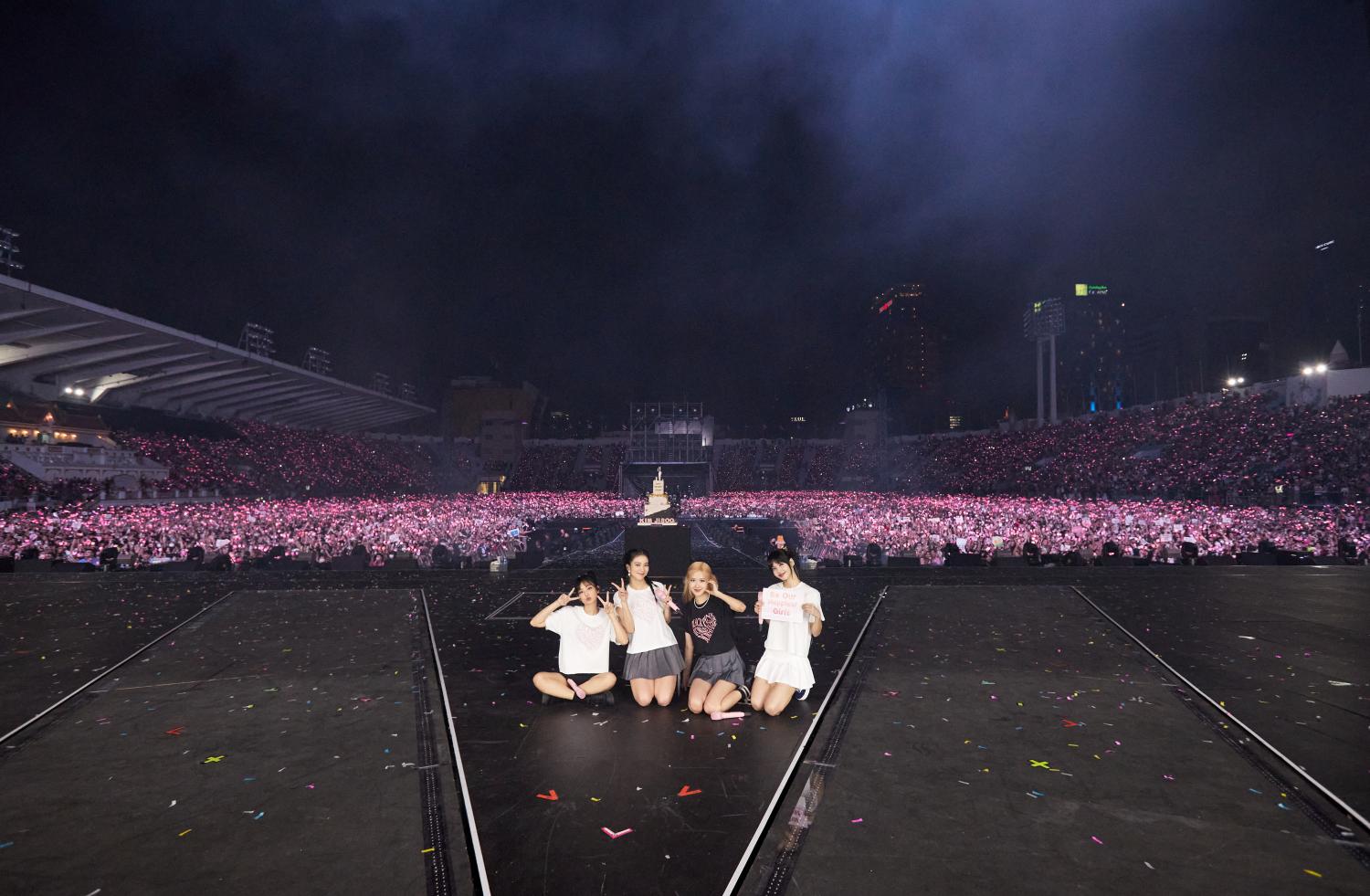 The band snaps a picture with the Blinks. yg entertainment