A Saudi court has sentenced a woman to 34 years in prison for following and retweeting dissidents and activists against the kingdom.

Salma al-Shehab, 34, a mother of two young children, is a doctoral student at the UK’s Leeds University, who has occasionally posted support for women’s rights in Saudi Arabia.

The sentence was handed down by the kingdom’s special terrorist court, increasing an earlier punishment of six years after fresh charges were raised by prosecutors, the Guardian reported Tuesday.

Those charges included accusations that Shehab was “assisting those who seek to cause public unrest and destabilize civil and national security by following their Twitter accounts” the report said, citing court documents. She was also accused of retweeting posts from those accounts.

Shehab had returned home in December 2020 and planned to bring her family back to the UK with her, but she was called in for questioning and then arrested.

She was held in solitary confinement at times and had wanted to privately tell the judge something about the way she was being treated under arrest that she did not want to say in front of her father, the report said, citing a person who had followed the case. But she was denied communication with the judge.

Shehab was initially sentenced to six years in prison for using an internet website to “cause public unrest and destabilize civil and national security,” the report said, but after a public prosecutor asked for other alleged crimes to be taken into consideration, an appeals court on Monday increased the sentence to 34 years along with a 34-year travel ban.

Shehab had 2,597 followers on Twitter, and would occasionally retweet posts by dissidents living in exile calling for the release of political prisoners held in Saudi Arabia. According to the report, she appeared to back Loujain al-Hathloul, a prominent Saudi feminist activist who was jailed in the past and now is also banned from leaving the kingdom.

On her Instagram page, which has just 159 followers, Shehab describes herself as as a dental hygienist, medical educator, PhD student at Leeds University and lecturer at Princess Nourah bint Abdulrahman University, and “Adam and Noah’s Mom.” 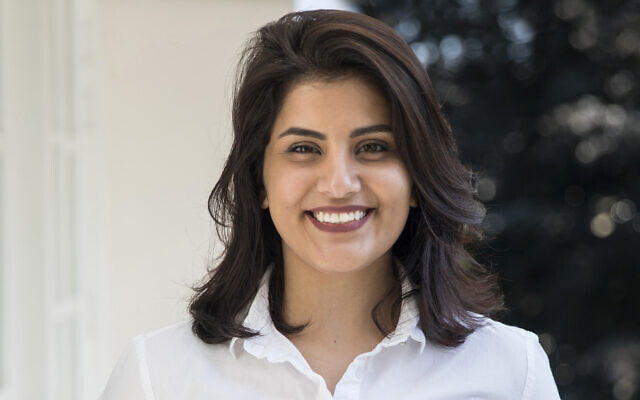 In this 2017 file photo, Loujain al-Hathloul poses for a photo in Amsterdam, the Netherlands. (Marieke Wijntjes via AP, File )

The non-profit European Saudi Organization for Human Rights slammed the sentence in a statement Tuesday that noted that it is the longest ever given to any activist.

The ESOHR said that sentencing Shehab under counterterrorism laws “confirms that Saudi Arabia deals with those who demand reforms and critics on social networks as terrorists.”

Khalid Aljabri, a Saudi living in exile whose brother and sister are held in the kingdom, told the Guardian the sentence is an indication of the “ruthless repression machine” operated by Saudi Arabia’s crown prince and de facto ruler Mohammad Bin Salman.

“Her sentencing is intended to send shock waves inside and outside the kingdom – dare to criticize MBS and you will end up dismembered or in Saudi dungeons,” he said, referring to the crown prince.

The Freedom Initiative, a Washington-based non-profit that advocates for people it believes are being wrongfully held in the Middle East, said in a statement the sentencing is “an escalation in MBS crackdown on dissent.”

“Saudi Arabia has boasted to the world that they are improving women’s rights and creating legal reform, but there is no question with this abhorrent sentence that the situation is only getting worse,” the statement said.

The group claimed that “without any real steps toward accountability,” a recent trip to Saudi Arabia by US President Joe Biden “and the international community’s embrace must feel like a green light.” 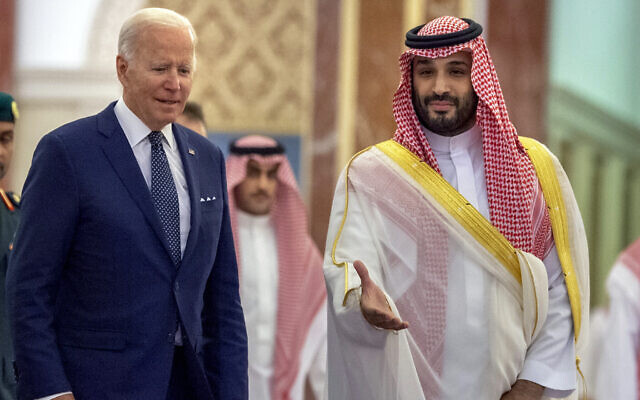 The Washington Post published an editorial on Tuesday saying Shehab’s sentence showed that commitments to reform human rights issues made by the Saudis to Biden during his visit to the kingdom are a “farce.”

The Post urged Biden to “speak out forcefully and demand that Ms. Shehab be released.”

The Guardian report also noted that the Saudi government is a “significant indirect investor in Twitter,” though the social media giant asserts that investors are not involved in daily management of the company.

Chainlink (LINK) To Launch Staking On Ethereum On Dec 6th