Gotabaya Rajapaksa‘s political destiny has turned a full circle from being a popular Sri Lankan president to a symbol of hatred within a short span of just 30 months. The man elected with a 60 per cent popular majority from among the Sinhala Buddhist majority is in hiding. Having fled the Presidential Palace on the eve of the unceasing wave of the second popular uprising, the 73-year-old President remains incommunicado.

The ignominy he has been subject to was as big as the power he assumed for himself through the 20th Amendment after being elected in November 2019.

What holds for him and the Rajapaksa dynasty?

They reigned supreme with as many as four from the Rajapaksa family in the top echelons of power while two nephews waiting in the wings in the lower rung of Parliament.

“Gotabaya Rajapaksa may have been the most powerful of the Rajapaksa brothers in terms of popular support and the constitutional capacity he wielded as the president, he never had a firm grip in his own party, the Sri Lanka Podujana Peramuna (SLPP),” said Kusal Perera a political commentator and writer in Colombo.

The reason was Gotabaya, who had never been a politician, was piggybacking on his brother Mahinda’s charisma and political acumen, he said.

Perera dismissed rumours that Gotabaya Rajapaksa may still not leave the presidency despite his message to parliamentary speaker that he would resign next Wednesday bowing to the demand of the uprising.

There is a school of thought that by opting to delay his resignation, he was bidding time so the uprising against his government may recede.

“His political position has been weakened substantially. Even his own staff would not stand with him now. No chance for him to make a comeback in order to resume the presidency,” Perera said.

What of Mahinda Rajapaksa the once political colossus, a cult personality revered by the Sinhala majority?

“Mahinda would not be a factor anymore, he has become physically weaker with age – no chance he would be politically the same potent charismatic force as he used to be. Not after he was virtually forced out of the Temple Trees (Prime Minister’s residence) by massive crowds,” Perera said of the 76-year-old patriarch of the Rajapaksa family who has been the country’s president and prime minister.

Basil, the younger sibling, the widely accepted political strategist and the managerial and organisational talent of the family camp is never seen as the one to take things lying low.

Basil, 71, masterminded the Rajapaksa renaissance by designing the SLPP – the vehicle which regained the glory of the dynasty having been in the dumps between 2015-19.

“Basil could be effective only to the extent that Mahinda retains his public appeal. Basil was like the business manager for Mahinda the investor,” Perera said of the former finance minister, who was forced to resign in April as the island nation’s economy showed signs of a looming economic crisis.

The power of the uprising was such that Basil took a tumble from being the finance minister to resigning his parliamentary seat within a matter of a few weeks. There is no comeback for Basil either, Perera said as the SLPP could not expect to perform too well at future elections with no charismatic Rajapaksa in the lead.

What then of Namal, the heir apparent?

“Namal has not been able to come across in the public eye as a personality of serious credentials,” Perera said, adding that the 36-year-old politician too would be relegated into a non-entity with the loss of sheen of his father Mahinda Rajapaksa’s glory.

MSM Ayub, another columnist/analyst ruled out the emergence of any of the Rajapaksas from the current abyss at the 2025 elections.

“It could be that they are now thinking of 2030 as their best bet to make an impression through Namal Rajapaksa and his 45-year-old cousin Shasheendra,” he said.

Ayub said the effect of the economic crisis means that the hopes of the younger generations remain dashed. “This would be hard to dislodge in their legacy,” he added.

Cash-strapped Sri Lanka is struggling to import food, fuel and medicine amid the country’s worst economic crisis in 70 years. The bankrupt country has run out of foreign currency and has had to impose a ban on sales of petrol and diesel for private vehicles, leading to days-long queues for fuel.

Hundreds of thousands of people descended on the capital Colombo on Saturday, calling for President Gotabaya Rajapaksa to resign after months of protests over economic mismanagement.

READ:  The U.K.’s in Crisis But Johnson’s Still Fine 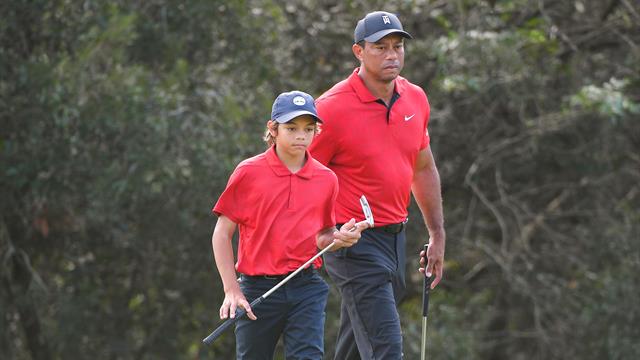