The island’s capital Colombo is located in the Indian Ocean between the major hubs of Dubai and Singapore, meaning influence at its ports is highly sought after.

Sri Lanka’s port authority signed a preliminary agreement to build the new Eastern Container Terminal (ECT) in Colombo with India and Japan in 2019.

But President Gotabaya Rajapaksa’s administration scrapped the deal in February, with cabinet agreeing this week to award the project to the state-run China Harbour Engineering Company.

It did not say how much the deal was worth, but official sources had earlier estimated another $500 million to develop the partially built terminal.

China has ploughed huge sums into Sri Lankan infrastructure projects over the last decade, becoming one of the country’s biggest foreign financiers.

It has also enjoyed significant political influence on the island under the Rajapaksa clan, who have ruled the country for 11 of the last 16 years.

The ECT is the third port project to come into development around Colombo’s harbour in the past decade.

Just two months ago, Sri Lanka awarded an Indian company another site to build a brand-new deep-sea jetty at an estimated $700 million cost.

That project is next to the Chinese-run Colombo International Container Terminal (CICT), in operation since 2013.

Two Chinese submarines berthed at the CICT in 2014, sparking anger in India, which considers its neighbour Sri Lanka to be within its sphere of influence.

Since then, Sri Lanka has refused permission for more Chinese submarines to be stationed there.

In 2017, unable to repay a huge Chinese loan, Sri Lanka allowed a Chinese company to take over its southern Hambantota port, which straddles the world’s busiest east-west shipping route.

The deal, which gave the partially state-owned firm a 99-year lease, raised fears about Beijing’s use of “debt traps” in exerting its influence abroad.

India and the United States have also expressed concerns that a Chinese foothold at Hambantota could give Beijing a military advantage in the Indian Ocean. 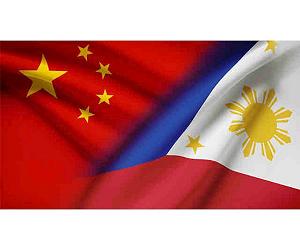 
Manila’s defence minister on Tuesday accused the Chinese coastguard of “intimidation and harassment” after Philippine navy personnel were filmed and photographed unloading goods in the disputed South China Sea.

Tensions over the resource-rich waters have spiked in the past week after Chinese coastguard ships fired water cannon at Philippine boats delivering supplies to marines at Second Thomas Shoal in the contested Spratly Islands.