News about the trailers of Tu Jhoothi Main Makkaar and Selfiee being attached to the print of the Shah Rukh Khan-starrer Pathaan was recently out. It now looks like the teaser of Salman Khan’s Kisi Ka Bhai Kisi Ki Jaan is also likely to be showcased with the SRK-starrer. 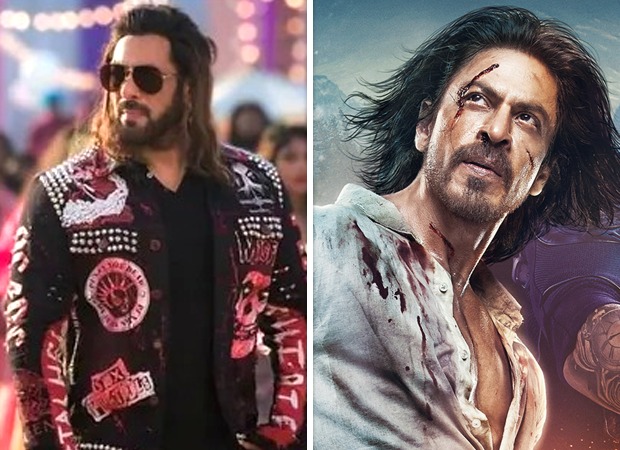 Teaser of Kisi Ka Bhai Kisi Ki Jaan to release on Jan 25, likely to be attached to the print of Pathaan

As per a report in PinkVilla, the first teaser of the film starring Bhai will be out on January 25, which is also the release date of Pathaan. The publication quoted a source saying, “Salman Khan and his team have cut a 1 minute 45 second teaser of Kisi Ka Bhai Kisi Ki Jaan. It’s the first time that the audience will get a glimpse into the world of Salman Khan’s family entertainer, which is gearing up for an Eid 2023 opening on April 21. Post the launch, the teaser will be up for public exhibition until the launch of trailer.”

Since more than a decade ago, Salman has been releasing his films on the festival of Eid and has attained tremendous success. But he hasn’t been able to do that after his last Eid release Bharat in 2019. With Kisi Ka Bhai Kisi Ki Jaan, Salman will be releasing a film of his on Eid after four years. He did release his film Radhe on Eid in 2020 but that movie was mostly an OTT release.

If the teaser of Salman’s film does get included with Pathaan, it would be a rare occurrence of the promo footages of three upcoming films being attached in one film. Interestingly, Salman also has a cameo in Pathaan.

READ:  15 People Who Put All Their Feelings in a Tattoo

Also Read: After Tu Jhoothi Main Makkaar, the trailer of Akshay Kumar – Emraan Hashmi starrer Selfiee to be attached with Pathaan across cinemas