BAC clearly realised this 10 years ago when it created a car without an other side, where tension across the cabin could never be a thing. For obvious reasons it was named the Mono. Over the years it’s changed and developed, gaining power, losing weight and so on. But BAC is still yet to build a car that seats more than one. This is the Mono R and with inevitable predictability it’s the harder, faster, sharper, racier one. But mostly it has a bazooka on the side.

And here it is alongside a motorbike. One that has downforce winglets. Ever been a pillion on a bike? Different world. One of my biggest career mistakes was taking a pro rider out for a lap in a fast car, only for him to turn round and insist on returning the favour. Back of a Suzuki Hayabusa for three laps, contorted with terror. Through corners he was knee down off the side of the bike. I was left behind on the back seat with a clear view forward, while the bloke in charge appeared to have climbed off. The BMW M 1000 RR is available with an optional passenger pack but this one – thank God – doesn’t have it.

The idea here is not car versus bike, but to talk about the tech that underpins each, the sensations of both and how each reflects on the other. In isolation the Mono R is exceptional, 38bhp more powerful than the standard car, weighs 25kg less, features graphene in its construction and costs £235,000. The £30,995 bike is a little more than a tenth of the price, has carbon wheels like the BAC and sneers at the car’s record 137bhp/litre from a naturally aspirated engine. Its 999cc 4cyl engine develops 209bhp. It also revs over 6,000rpm further and weighs about a third as much as the car’s engine (192kg plays 555kg).

The all important power-to-weight ratios are nuts: 618bhp/tonne (car) and 1,088bhp/tonne (bike). Include a 75kg person and they’re more level (544 and 782), but you’ll need an Aston Martin Valkyrie to better the bike. I’ll tell you in a bit what it was like chasing the bike around Anglesey racetrack, but let’s start on the road.

Each is about the most extreme you can go yet still be permitted a numberplate. The Mono R is a wonderful thing – the quality and execution of it is plain stunning, the materials, the components, the thought and attention – no other lightweight comes close. If McLaren made a lightweight single seater, this would be it. Daft money, but up close, worth it. You just step in and slink down. Don’t be big. Everything bar the brake bias and traction is on the steering wheel, you’ll even find a USB connection tucked away inside a zip pocket. The central driving position is just perfect, the symmetry of the experience instantly satisfying.

But the experience is pretty fearsome. The R, tightened and tautened and wearing adjustable Öhlins dampers, jinks and darts around. Cambers pull at it, so you end up wrestling the steering, the ride is hard and, since the motor is solid-mounted to the back of the carbon tub, engine vibrations fizz through the chassis. So accurately in fact that I get a different back massage depending where the revs are. At 2,700rpm it’s mid-back and rather pleasant. I can play tunes on my spine.

READ:  Heavy onus on Pujara and co for Notts to seal promotion

Meanwhile, over on the BMW, I see the pro rider, Richard Cooper having to sit up every few minutes, stretch his back and shake the tension out of his wrists. And he makes a living from racing bikes. Just to put you in the picture, I don’t ride motorbikes. There’s a little story associated with that, so I might as well tell it. My wife is a physiotherapist. The end.

Long version: when I first met her she was a student on placement at a spinal injuries hospital. The patients were either girls who had fallen off horses or guys who had fallen off motorbikes. It was made clear to me by date three that if ‘us’ was going to be a ‘thing’, ‘me’ did not ride motorbikes. So I don’t. Pretty bloody good at falling off pushbikes, though.

Back to mid-Wales, where both car and bike are proving a handful. I’m fighting the Mono R along the road, learning that because it’s communicating everything that’s happening, I have to choose which messages to respond to – there’s no filter. And when to respond to them. Because the car, with hair trigger responses and instant reactions, has often dealt with issues before I was even aware there was an issue. I’m always behind the curve, mentally straining to keep up. Doubtless a Top Gun pilot would make a better fist of it, but since it’s the uneven, lumpy, pitted and barbarous road that’s the main issue, I’ve got a feeling he might as well be trying to pilot a housefly. Richard, whose backside only rarely seems to be sat in the seat, concurs. Production bikes come no more extreme than the M 1000 RR. A development of the S 1000 RR, it’s the first BMW two-wheeler to wear the M badge. Like the BAC there’s partial bodywork titillating about what lies beneath. The parallels with the Mono R are more marked than I’d expected. Both have carbon wheels, switchable traction control and adjustable suspension, both have sequential manual gearboxes that allow clutchless flat-shifts. The materials are equally exotic: the BAC uses titanium for its towing eyes, the BMW for its conrods, valves, and pretty much the entire exhaust system, which now weighs 7.8kg instead of 11.4.

The winglets deliver downforce – not a lot, just 3.3kg at 90mph, 9.3kg at 155mph, but they add next to no weight, help smooth out airflow, reduce drag and improve wheel contact. They help stop the mad thing pulling wheelies, in other words.

They can only do so much. The next day at Anglesey is a complete education for me. Everyone says that a fast car has the measure of a fast bike around a track, but I didn’t want to take that as law, I wanted to chase Richard around, understand where the bike has the advantage, and where the car does. Or, to express it more accurately, see if I could keep up. It takes a few laps to build up speed and get heat into our tyres, but what happens once we do is… astonishing.

I had no idea that the bike would paint black lines out of every corner, yep even Church at a tonne, School at somewhere around 125. Richard’s knee, elbow and shoulder are down everywhere and when they’re not, the front wheel’s in the air, the bike’s bucking and writhing. I’ve never seen clearer evidence of how hard a piece of machinery is working, let alone the physical effort of the person trying to keep it under control. And I watch this from maybe 20 metres behind. Sometimes more, sometimes less.

Because the car’s faster where you expect it to be. I can brake substantially later thanks to the bigger contact patch, carry more speed through the apex. I don’t know why I’m surprised, but the bike’s nimbleness, how quick it is flicking over into corners, takes me unawares. It’s such a smooth movement, leaning over as it slows, until I’m convinced it’s beyond the point of no return, then standing up as it accelerates out. It’s such a natural movement, makes the car seem ungainly and awkward. But I can almost detect the chassis flex as it tries to get the power out, Richard struggling to not only keep the nose down, but the tail from wagging. It looks wild. Out of corners the car isn’t much slower. They both have to manage traction, but the car is on top of that sooner, hooking up cleanly in second gear, tight diff working well. The bike needs third before it settles down. And then it just buggers off. Say what you like about fast cars, but not even a 1,000bhp Ferrari SF90 can get within half a second of the 4.5 seconds it takes the bike to leap from 60–130mph.

And yet I can keep up. Which is great, because watching the bike slide through corners leaving that slender pencil-like line behind it is one of the best things I’ve ever done. The Mono R both settles down and comes alive on track. Although the steering is too heavy and sharp through the really quick stuff, the car isn’t bossing me around now. I’m entirely on top of it. The brakes are fabulous to use, I’m allowing the gearbox to shift up and down itself because it does it so well. The R isn’t skittish or flighty, but tied down and brimming with confidence.

For both, tyres are the limiting factor. After maybe half a dozen laps I start realising there’s a slight wooliness on turn-in, some unwanted slip and squidge. And if I could avoid lock-ups, the carbon ceramic brakes have clearly got much more in them. The Mono R has been designed to use slicks. They would be the making of it. Because it is genuinely thrilling. As an experience it’s more intense and physical than any closed cockpit hypercar and the central driving position delivers F1 fantasies. I emerge deafened in my left ear and exhilarated. The sound isn’t tuneful, more a buzzing racket to match the fizzy vibrations to be honest, but the induction noise as the bazooka next to my left lughole snarlingly rams air down through the throttle bodies is compelling. BAC insists it’s a performance gain, the air flow into it less interrupted than above the driver’s head. But mainly it looks ridiculous and gets everyone talking.

What I said at the start. I’m about to contradict all of that. Because being able to give someone the Mono R experience, to share the thrills, to get out and talk about it while the adrenaline is pumping. That would be really cool. But of course the Mono wouldn’t be the Mono if it could carry two. But you can have the bike experience if you want it. After you. A few people in the TG office have bike licences. Oddly, none was available to come and extract the max from a bike with over 1,000bhp/tonne. So BMW said it would send someone. Richard Cooper arrived in a 15-year-old Vivaro with the bike in the back. Later it would transpire he’d just had a victory at the famous NW200 road race taken from him on a technicality. He won’t mind me pointing out he’s small and light, and that helps for some races, but not the Isle of Man: “The quick guys there are big and strong, they need to be able to boss the bike around,” he tells me this over dinner, between our road and track testing. I’d been feeling quite confident about keeping up, but chatting to him and learning more about the bike, my cockiness evaporated. In case you were wondering, a regular BAC Mono holds the current production car lap record at Anglesey at 1min 31.0secs. The bike and I were lapping only about a second or so slower than that. 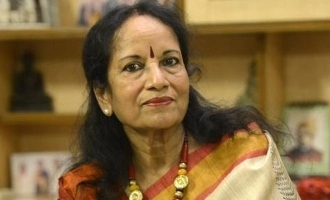