This September, one of the hottest touring stage shows in recent memory, “An Expanse of Green” arrived in the eastern city of Yangzhou. The show, which features a mix of dance and poetry based on the Northern Song Dynasty painting “A Thousand Li of Rivers and Mountains,” premiered in Beijing last year to tremendous commercial success, only to see its tour schedule derailed for several months due to China’s strict COVID-19 prevention measures.

The pause did little to dampen audiences’ enthusiasm, however. Ground floor seats for the Yangzhou stop went for around 980 yuan ($136), while my own, on a fourth story balcony so remote I could barely see the backdrops, cost 580 yuan. The show’s other stops had sold out almost immediately, and theatergoers from across China who missed out were more than happy to snap up tickets to the delayed Yangzhou show — travel expenses and the ever-present risk of COVID-19 lockdowns be damned.

Like the similarly popular 2019 drama “The Eternal Wave” — an adaptation of the 1958 war film of the same name — the buzz for “An Expanse of Green,” with its paeans to Chinese traditional culture, has benefitted from enthusiastic government support. A scene from the show was included in China Central Television’s 2022 Spring Festival Gala program block, and the production took home the Wenhua Grand Prize at the China Culture and Arts Government Awards this September.

But the popularity of “An Expanse of Green” and “The Eternal Wave” isn’t just the product of government backing. The slickly produced shows, part of a genre known in Chinese as wuju, or “dance dramas,” have won over not just theater fans, but also general audiences who might never have stepped foot inside a theater before.

Their ability to do so is less a testament to strong plotting or performances than the growing appetite among ordinary Chinese for traditional culture and aesthetics. Take “The Eternal Wave,” for example. The drama, like the movie it is based on, mainly recounts the activity of communist spies during the late 1930s and ’40s. But the stage adaptation’s most famous scene is nowhere to be found in the more rigorously ideological film. Partway through the show, the action on stage grinds to a halt as a group of graceful female dancers wearing simple qipao and holding reed fans perform a dance number depicting the leisure life of young women in wartime Shanghai. “Song of the Fisherman” is meant to exemplify the quiet, unassuming beauty of traditional Chinese women, for which it necessarily sacrifices the details of Shanghai’s alleyway culture on the altar of languor and idealized beauty. A stage photo from “The Eternal Wave,” performed in Tianjin, 2020. VCG

These dances, which break from the plot to emphasize the beauty of traditional Chinese femininity, have become a recurring feature in Chinese theater in recent years, including “Fair Ladies on an Outing” in “Du Fu,” and “Han Dance” in “Five Stars from the Orient.” Tangential to the plot and intentionally glamorized, they’re easy to edit into short clips for inclusion in TV shows or online videos. They also fit snugly into the current moment of guochao, or “China chic,” as cultural workers gradually realize they can exploit young people’s newfound appreciation of Chinese aesthetics for profit. That they are also in keeping with national cultural policies, making them a safe bet politically as well as economically, is just an added bonus.

Even viewed in less cynical terms, the artistic value of these dance numbers tends to vary greatly. “Fair Ladies on an Outing” is based on one of the Tang Dynasty poet Du Fu’s most famous works. The poem, which describes extravagant spring excursions of court official Yang Guozhong’s cousins, is a satire of Tang nobles’ ostentatious displays of wealth. In the words of Qing Dynasty scholar Pu Qilong: “Every line in this depiction is dripping in irony. Though the author never explicitly shares his exasperation, it is ever present between the lines.”

On stage, the dance, which features Lady Yang and a flock of maidens who fawn and sway around her, occurs during the show’s first half and contrasts dramatically with the solemn, ceremonious “Procession of Chariots” dance that follows shortly after. Taken together, they offer a representation of the prosperous Tang Dynasty on the eve of its decline, as well as the frivolity and idleness of the noble class. However, once “Fair Ladies on an Outing” is divorced from its context for use in promotional videos, galas, and variety shows, the irony is completely lost — it merely becomes a hollow display of female beauty that satisfies audiences’ romanticized notions of noblewomen in ancient China.

READ:  You can watch the first 8 minutes of 'In The Heights' right now Some audience members, including commentators on the youth-focused video platform Bilibili, have called into question and debated the meaning of these dances. Similarly, on Douban, many audience members criticized the “Deep Green” dance in “An Expanse of Green” for focusing solely on the aesthetic beauty of China’s intangible heritage, rather than delving into what makes the ancient scroll painting “A Thousand Li of Rivers and Mountains” unique.

Once ‘Fair Ladies on an Outing’ is divorced from its context for use in promotional videos, galas, and variety shows, the irony is completely lost.

Nevertheless, over-the-top displays of beauty and patriotic aesthetics are clearly a winning combination, both commercially and politically. China’s various theaters and troupes are highly reliant upon government funding — especially so in the case of big productions. The past few years have seen a wave of “main melody” works hit the stage: patriotic shows that cater to the government’s main ideological principles and generally depict the moments of heroism that defined China’s national rejuvenation.

These works are big on proselytizing, their artistic value restricted by their function as propaganda. Traditionally, this has limited their appeal, but one-sided representations of quintessentially Chinese beauty seem to have avoided this pitfall, allowing producers to indulge in aesthetic fantasies while still conveying the necessary cultural values.

“Song of the Fisherman” in “The Eternal Wave” sees the female protagonist briefly set aside her revolutionary ambitions to indulge in the joy and beauty of everyday life. In the Mao-era movie upon which the drama was based, this scene is of course nowhere to be found. The decision to add it to the stage version is telling, as creators increasingly try to work grace, propriety, and romantic love into the traditional revolutionary canon.

The screenwriter of “The Eternal Wave,” Luo Huaizhen, has abundant experience in the “main melody” genre, and he clearly grasped how this work differed from typical Chinese revolutionary tales. The show’s tag line gives away the game: “In the long river of time, all is swept out to sea; only love and principles stand firm against the current.”

“I wasn’t the one who wrote this line into the script — it was spoken by two of the show’s young cast members,” Luo later explained. “Why isn’t it just ‘principles’ that last forever, but also ‘love’? Why are they presented as a pair, and why does ‘love’ come before ‘principles’? I imagine it comes down to how people of different ages and generations understand revolutionary figures.”

Indeed, the placement of “love” before “principles” is a good summary of how creators are reinventing the “main melody” genre. By combining sentimentality with middle-class aesthetic ideals, they offer young audiences romanticized visions of past societies and revolutions — visions that can be at once cruel and graceful.

For the moment, this “art-for-art’s sake” approach to packaging main melody dramas has become a sure-fire formula for garnering clicks and views — and vital government support. Not only is it pleasing to the eye, but it also stokes audiences’ feelings of national pride, and the viral success and government support enjoyed by “Song of the Fisherman,” “Han Dance,” and “Deep Green” will no doubt continue to spawn imitators. But their increasing derivativeness, as well as the jarring contrast between their form and content, is becoming hard to ignore. For as fresh as they seem today, these dances are already well on their way to becoming just yet another convention from which creators of the future will need to break free.

(Header image: A stage photo from “An Expanse of Green.” From @中国东方演艺 on Weibo) 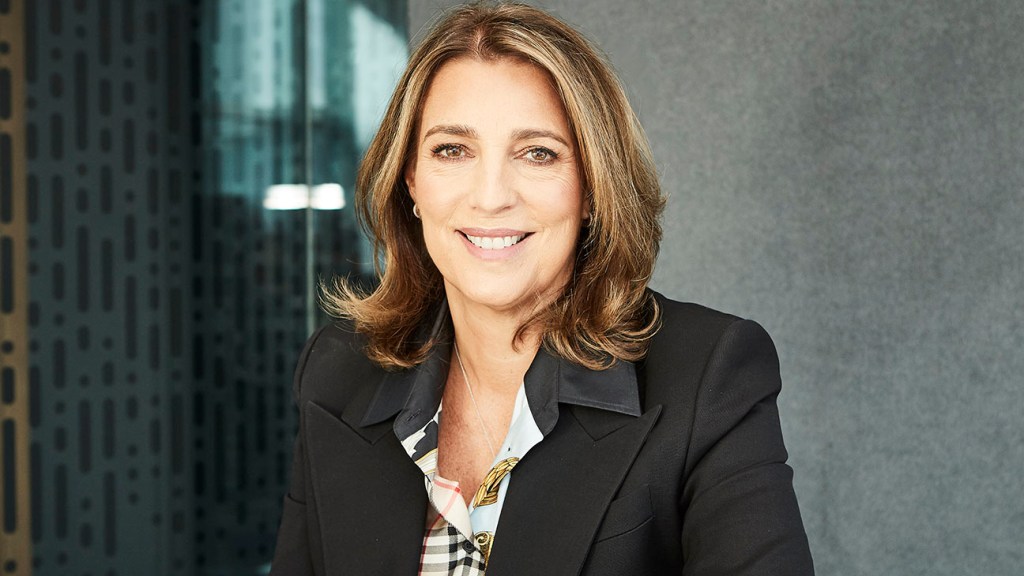 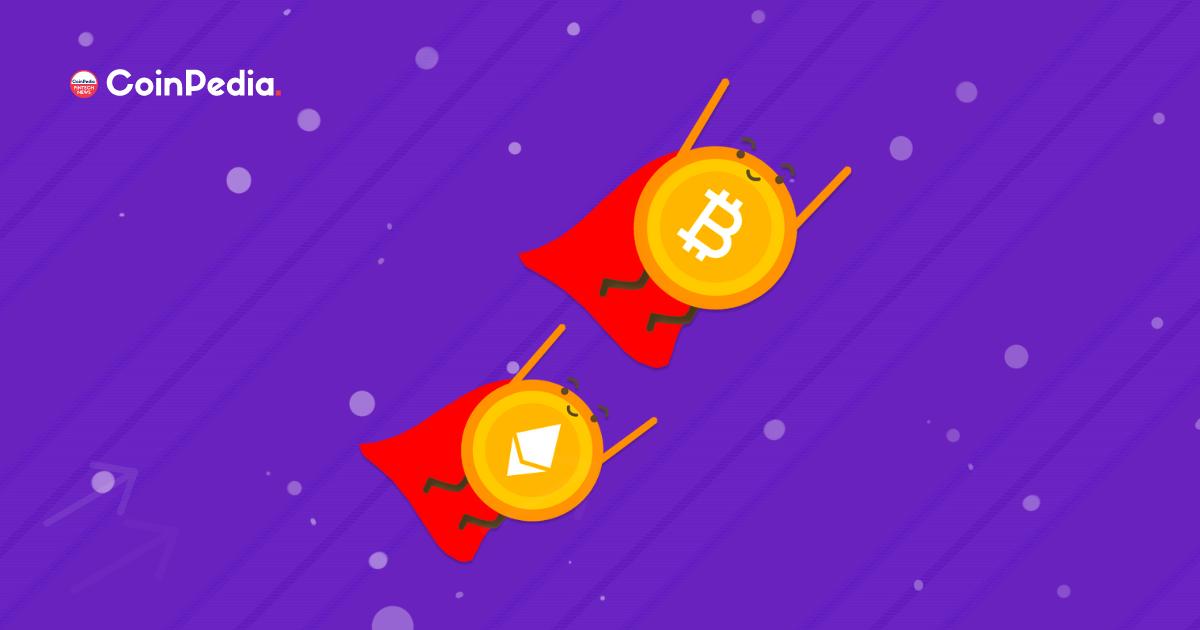 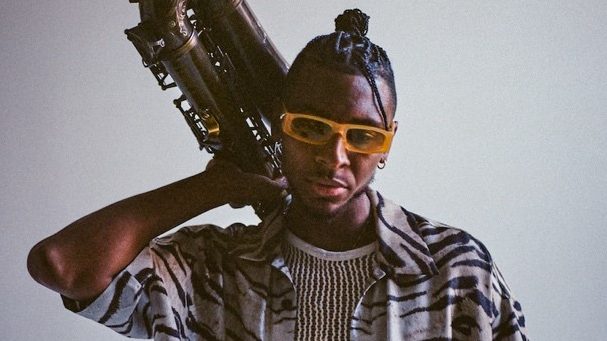 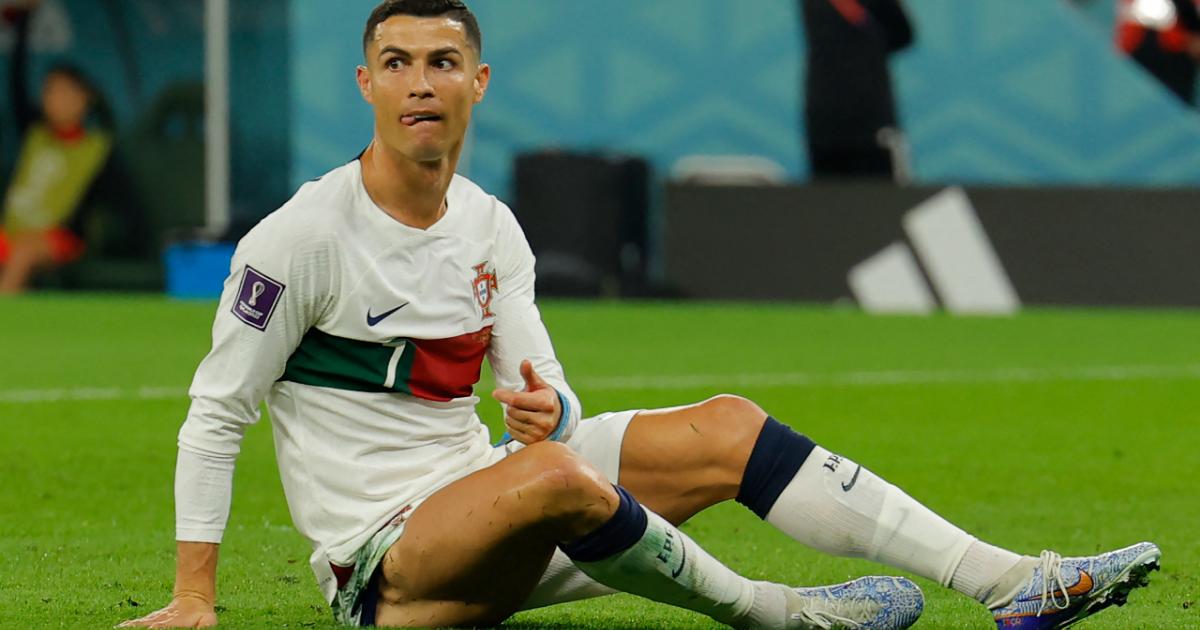 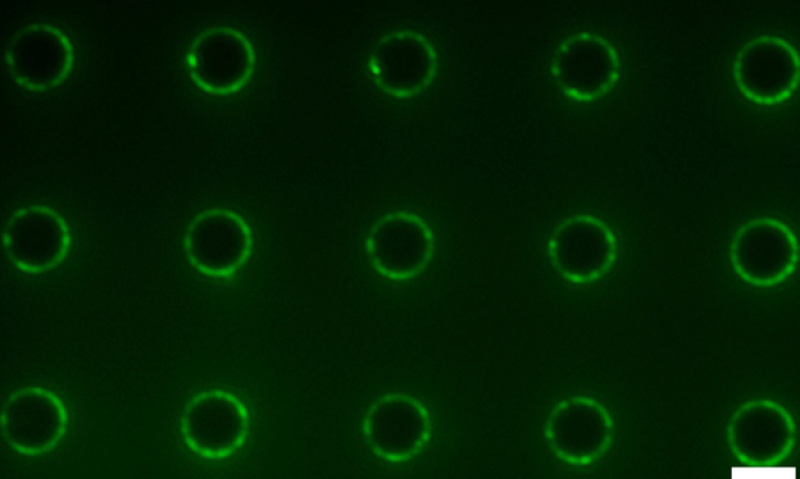 Seeing concentrations of toxins with the naked eye 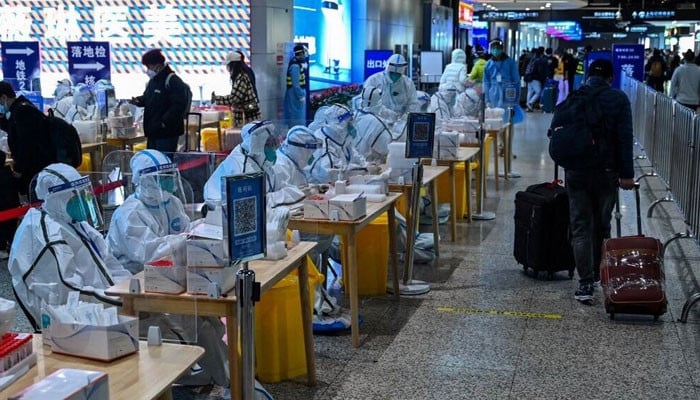 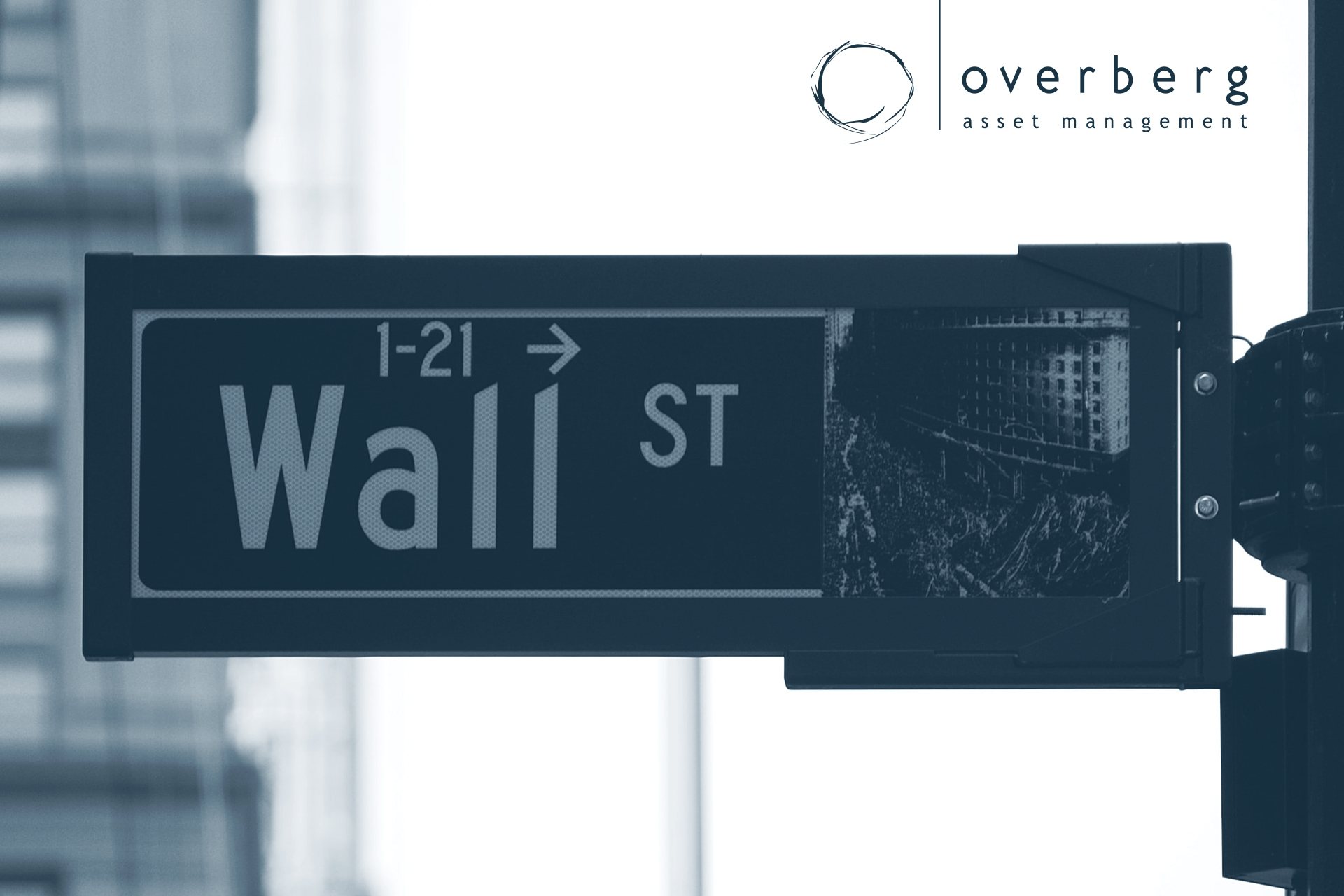