The beauty of any given season in the NHL is that there are always some unexpected events that stop us in our tracks.

Whether it’s a glow up of the radioactive kind, a familiar face having a revival or even someone exceeding expectations to a staggering degree, surprises are a joy to behold. This season has provided a few that grabbed us by the face and made us pay attention.

Some of these surprising first halves you could perhaps see coming based on how these players performed last season, but there are others that if you said you knew it was going to happen, everyone would call you a liar and tell you to “do better.” Hey, listen, it happens, and maybe they should lighten up, am I right?

The fun of this assemblance of surprises means I don’t have to reinvent the wheel to make a case for any of these players—the results speak for themselves—but I get to play the role of hype man like Flavor Flav but about hockey.

There are seven players who stand out above all others, and if you’ve not paid attention, I got your back. Let’s roll.

Ullmark has dominated our monthly goalie rankings, and for very good reason. He’s got the best save percentage in the league (.938) and his 22-1-1 record is by far the best among all goalies. The Bruins are the best team in the league, and a lot of credit for that goes to Ullmark.

Ullmark had a solid first season in Beantown after signing from Buffalo. He went 26-10-2 with a .917 save percentage and was virtually equal with tandem-mate Jeremy Swayman. If he was doing that again this season, he’d still be in the top 10 of qualified goalies. That he’s playing like this is incredible.

Ullmark’s career from Buffalo to Boston never really hinted that he was capable of this kind of elite play. This isn’t to say he was projected to be bad, just that no one had him pegged to be the next Henrik Lundqvist. A few teams in the Eastern Conference are inching closer to Boston’s point total, which means Ullmark will need to stay hot to keep the likes of Toronto and Carolina away from the top spot in the East. It’s never too early to start thinking about locking down home-ice advantage.

With how well defensemen like Erik Karlsson, Adam Fox, Rasmus Dahlin and Cale Makar are playing this year, the chances Winnipeg’s Josh Morrissey woukd be a top-five defenseman in scoring were pretty low. And yet, there he is in his seventh full NHL season sitting just behind Karlsson in scoring.

Morrissey’s previous best scoring season came last year, when he put up 37 points with 12 goals in 79 games. His whole career before that, he’d been a steady 20-to-30-point blueliner, but the puck started finding the back of the net and the assists picked up. And now this season has taken it to a whole new level.

Through the first 41 games, Morrissey has seven goals and 46 points, putting him on pace to more than double his output from last season. It’s a stunning revelation for the Jets and a welcome one as they battle it out with the Stars atop the Central Division. He’s third on the team in scoring behind Kyle Connor and Pierre-Luc Dubois, and his 39 assists at the midpoint this year alone would be his new career high in points.

As the Jets roar into the second half, having Morrissey as a weapon on the back end gives them a player to better match up against the West’s other top teams.

The 32-year-old San Jose Shark is the NHL’s top scoring defenseman this season and has a hearty lead on the second-place duo of Sabres defender Rasmus Dahlin and Morrissey. To give you an idea of how “back” Karlsson looks this season, think about this:

Karlsson’s 82-game pace this season would put him at 107 points with 25 goals, both of which would be new career highs. It’s a phenomenal return to form for the player who essentially inspired any offensively gifted defenseman to lean into those skills and dominate games from the blue line.

Of course, there’s the whole part about the Sharks having a terrible season and Karlsson doing all this despite that fact. I guess sometimes history can repeat itself, because it’s a total callback to his days in Ottawa, although those Senators teams may not have had as hard a time as these Sharks are having.

When Tage Thompson scored 38 goals last season—more goals than he had points in his entire career before that (35)—it was like the blast from the second Death Star. No one around the league knew his full capability. Also, his slap shot goes as fast as a laser and destroys goalie’s shutout dreams.

The question going into this season was whether or not Thompson could even come reasonably close to doing it again. After all, his previous career high in goals before last season was eight. It was a big change.

Apparently, Thompson reset all the expectations with his big season because he’s gone to an entirely new level. In his first 39 games, he’s put up 31 goals as well as 26 assists (57 points). Thompson is on pace to blow by the 68 points he scored in 78 games last season pretty well before the season is over.

From Thompson’s bomb of a shot to his incredible dangles around defensemen, at 6’8″ no less, Thompson is a different kind of goal scorer who is becoming a superstar before everyone’s eyes.

READ:  Santander returns to F1 in 2022 with Ferrari

Despite all the tumult in Vancouver, one thing remains consistent through it all: Bo Horvat can fill the net and rack up points whenever he wants to. And he’s doing it in a way this season that he’s never done before.

The impending unrestricted free agent’s previous career high in points for a season was 61 in 82 games back in 2018-2019, and he had the best goal-scoring season of his career last season with 31 in 70 games. This season, however, Horvat is burying pucks at will with 29 goals and 45 points in 40 games. It doesn’t take a science degree to realize he’s on pace to set new highs in both categories.

You never know what you’re going to see or get from the Canucks on a game-to-game basis, but Horvat getting his pound of flesh is virtually assured nightly. You could say it is convenient timing given his contract status and the possibility Vancouver may need to trade him by the deadline if he doesn’t re-sign with the Canucks.

Or you could look just say the 27-year-old found his goal-scoring touch last season and has taken it to a new level this season. This is probably the same view GMs across the NHL are taking while they consider the possibility of adding him either in a trade this season or as a free agent in the summer. One thing seems certain, however, and it’s that the goals and points will only climb higher as the season rolls on.

Raise your hand if you thought Martin Jones would be top-five in wins this season.

OK, you there in the back, you’re a liar, there’s no way you predicted that. Feel shame.

Jones was added by the Kraken over the summer to get into the mix in their seemingly very in-flux goaltending situation. Philipp Grubauer was coming off the worst season of his career, and Chris Driedger dealt with a lower-body injury last season that kept him to 27 games and then a torn ACL suffered in September has him back on the shelf this season.

Expectations were low for the Kraken coming in, and goaltending didn’t appear it would do much to change that. Jones’ raw numbers don’t look great (.894 save percentage), but he’s 19-5-3 as the classic “gives his team a chance to win” goalie.

Truth is, Jones has been about league average at even strength, and the Kraken penalty kill has provided him little in the way of help. But in classic Grant Fuhr-like style, all he does is win, win, win. Wait, that was DJ Khaled. Wait, it’s both of them and it’s Martin Jones.

The Kraken themselves are one of the season’s biggest surprises, and Jones has had a major impact on that by holding the door so his teammates can send opponents to Davy Jones’ locker.

READ:  One of 2021’s biggest letdowns? The new Matrix movie no one asked for

Apologies to Sabres fans for having to see a second former player in this list, but those are the breaks.

Montour has found new life in South Florida with the Panthers. On a team that already boasts Aaron Ekblad on defense, Montour provides a second wave of attack on the blue line that’s even more dangerous than the first, and this season he’s taken it to a new level.

Montour’s best scoring season came last year, when he put up 11 goals and 26 assists (37 points) in 81 games. In 40 games this season, he’s got seven goals and 27 assists (34 points) and is second on the Panthers in scoring behind Matthew Tkachuk. Considering the season Tkachuk is having for Florida, that helps illustrate how good Montour has been.

At 28 years old, the seven-year veteran has harnessed his skills as a puck-carrier, physical presence and all-around scorer and has become the Panthers’ most dangerous offensive player on the blue line. If Florida is going to scratch and claw its way into the wild-card race in the Eastern Conference, Montour is going to be one of the guys leading the way to make it happen. 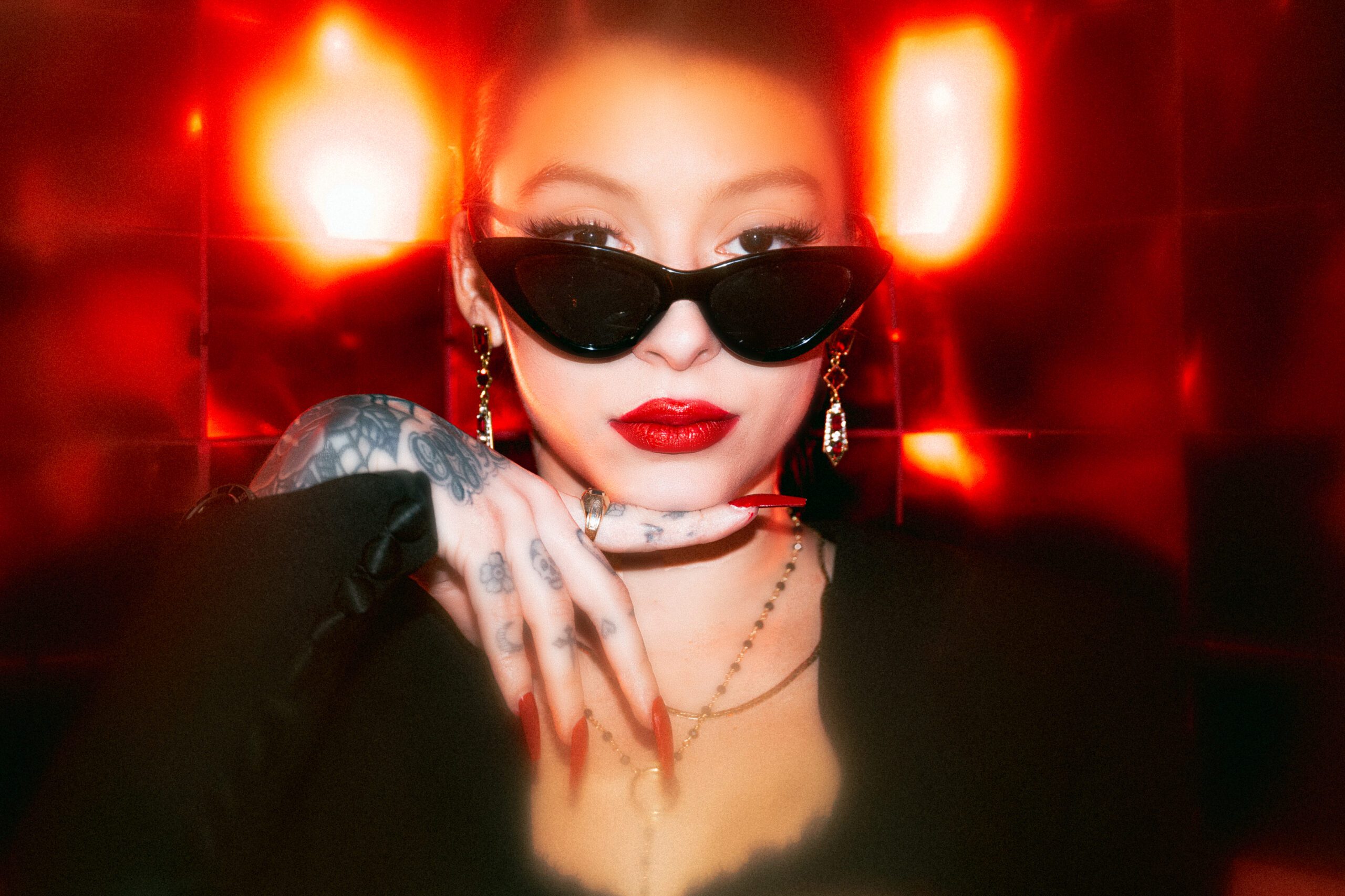