It’s an exciting time for PV manufacturing, with the global solar industry seemingly having realized the need for localized supply chains in all of its key regions. Europe, India, and the United States are all launching major incentives and putting plans in place for vertically integrated manufacturing at scales comparable to those already up and running in China.

Many of the early innovations in solar energy took place in Europe, before the bulk of the world’s manufacturing capacity for PV modules and related materials moved to Asia over the past decade. And as Europe again looks to establish a local PV manufacturing industry, it’s clear that the companies involved want to maintain the continent’s reputation as a technology leader. So far, the bulk of European plans are to produce cells and modules based on heterojunction technology (HJT) – among the most advanced cell concepts currently in production and capable of some of the highest performance.

In Q2 2022, the UP Initiative focuses on European solar manufacturing. Ambitious proposals are in place to reactivate a booming industry with investment earmarked, factories planned, sustainability goals announced, and political strategies outlined to support the projected growth of PV installations. Can these plans be realized? Discover our coverage

“In Europe, HJT is currently the technology of choice for new manufacturers and new lines, rather than upgrades from p-type PERC,” said Karl Melkonyan, senior analyst at IHS Markit. “In the past 15 to 20 years, HJT technology has come a long way, continuously decreasing cost, increasing conversion efficiencies, and other performance improvements, alongside strong stability with a very low temperature coefficient. It is also important to mention that there is still room for further improvements.”

Globally, HJT will face competition from the existing PERC technology that is already very well cost optimized, and from its main n-type rival TOPCon, which unlike HJT can be produced on adapted PERC lines. “Both HJT and TOPCon still have to develop and improve some of the manufacturing processes to reach cost-competitiveness, with higher efficiencies, higher throughput and durability, shorter processing time, lower cost and better overall performance,” added Melkonyan. “I don’t think there will be only one winner.” For Europe, however, the largest manufacturing plans announced so far, including those of Meyer Burger in Germany, REC Group and Recom in France, and Enel in Italy, are all focused on HJT. And while these more established players continue their impressive work to improve and optimize the silicon cell technology, there are plenty of new innovations waiting in the wings that promise both to support existing plans and to move PV manufacturing in new directions.

READ:  Weekend of fear looms for Californians in face of wildfires

With technologies like HJT moving close to the practical efficiency limits of a silicon solar cell, the industry is on the lookout for new materials to reach higher performances. Perovskites, most often deposited on top of a silicon cell to create a tandem device, have emerged as the most promising materials here. And though yet to be commercialized at any scale, tandem cells and even perovskites by themselves are seen by many as the future of PV.

UK/Germany-based company Oxford PV is among the pioneers of tandem cell technology, already closing in on the 30% efficiency mark with laboratory scale devices. The company plans to introduce perovskite-silicon modules manufactured at its site in Brandenburg, Germany, to the market before the end of this year – having seen a few delays due to Covid and related supply chain constraints. As far as the silicon bottom cell goes, Oxford PV is firmly committed to HJT as the best option and sees this as an opportunity for European manufacturers to take a lead on technology.

“Right now, other regions to a certain extent are stuck with a legacy product in PERC, and they want to extend it,” said Oxford PV CEO Frank Averdung. “In Europe, current manufacturing capacity is marginal, and you don’t have this legacy product. And for us, if we want the highest efficiency, we need the best performing bottom cell, and that of course is HJT.”

With its recent disruptions, price increases, and concerns over forced labor, polysilicon’s supply chain offers a demonstration of the need for localized production from start to finish. While established players like Wacker and Elkem have the capacity to supply much of the polysilicon that will be needed by European manufacturers in the years to come, others are looking at ways to shake this up, and dramatically reduce costs in the process.

German startup Nexwafe is developing a technology that promises to replace the processes of polysilicon production, namely ingot pulling and sawing, with just a single step by creating silicon wafers directly from chlorosilane gas. The process promises, according to its creators, to cut the cost of wafer production in half, and to produce more uniform, high quality wafers than is possible with current technology. In late 2021 the company raised €39 million in investments and is planning to scale up a 500MW capacity plant at its site in Bitterfeld-Wolfen, Germany by early 2024.

New thin-film technologies also promise to cut much of the cost and complexity that’s inherent to making silicon PV modules. UK company Power Roll recently completed a pilot production line for its technology, which deposits solar cell material into a unique microgroove structure. In pilot production the company is working with perovskite as the cell material, and targeting lightweight and integrated applications. “We estimate that when we scale, our technology will be about 50% cheaper on an upfront capital basis, with a 50% shorter payback period than existing traditional heavy silicon PV,” said Power Roll CEO Neil Spann.

Following completion of its 100MW line in Brandenburg, Oxford PV is planning a further 2GW cell and module factory, but has so far not confirmed where this could be located. “We are open to any location. Of course, we are a European company, founded in the UK and we have manufacturing operations in Germany and we would prefer to stay,” said Averdung. “But at the same time, we cannot close our eyes if there are substantial benefits in other locations.”

To ensure that it remains attractive to the companies developing these new PV technologies, Europe may need to up its game in terms of support for their scale up. “The amount needed to scale up our site in Germany means we have to raise approximately 100 million euros. And currently, we’re seeing state support for maybe 10% or 12% of that,” Nexwafe CEO Davor Sutija told pv magazine. “And compared to tax initiatives in the United States, to the programs now moving ahead in India, and the level of state support in China, this makes Europe a laggard in support of renewable energy.”

Aside from the pilot projects demonstrating their technology, both Nexwafe and Power Roll are pursuing a business model of licensing their technology to other manufacturers, rather than doing the manufacturing themselves; meaning they’re unlikely to be tied to any region. India’s Reliance New Energy Solar recently invested €25 million in Nexwafe and plans to implement the wafer making technology in its ambitious plans for a supply chain in India. Power Roll is also exploring manufacturing its thin-film technology in India with local partner Thermax.

READ:  Armed drone is shot down by US-led coalition at Baghdad airport

Both companies, however, say they see plenty of opportunity in Europe and are keen to play a part in the region’s PV industry. “We will be developing new generations of solar that have ultrahigh efficiencies, including with doping gradients, and novel structures. And we believe that it would be ideal to have partners in Europe, to take those new innovations to market” said Sutija. “At the same time, our work with Reliance shows that there is global demand for our technology. And from an investment perspective, we need to be able to compete globally, and to create strategic partnerships that allow our technology to diffuse as rapidly as possible.”

Nexwafe’s Sutija also notes that the planned facility at Bitterfeld, in Germany’s “solar valley” will be able to source its chlorosilane gas from a facility situated right next door.

Even with the raw materials available, for technologies like these to achieve meaningful scale the entire supply chain also needs to be present – including module bill of materials such as glass, frames etc. “We need to see growth across the supply chain. There is no technological hurdle to prevent this, it is about people having confidence in the market and being willing to invest,” said Averdung. “What we need to do now though, is think about acceleration, right? And I think here politics can help.” 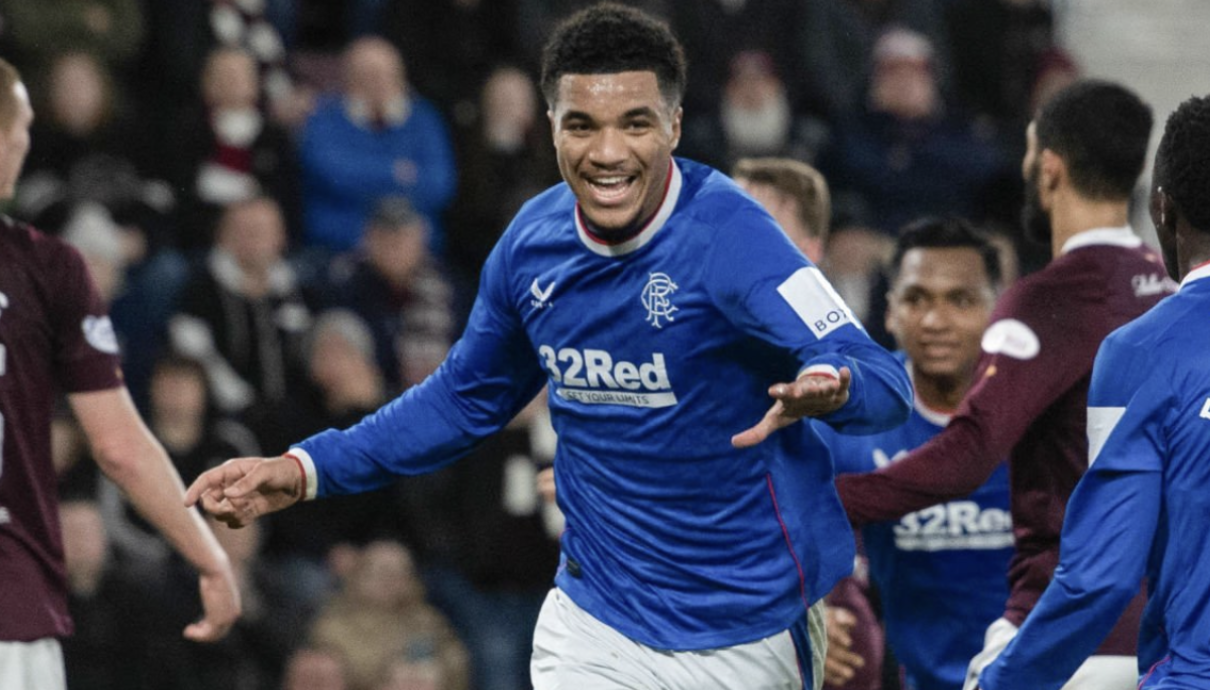 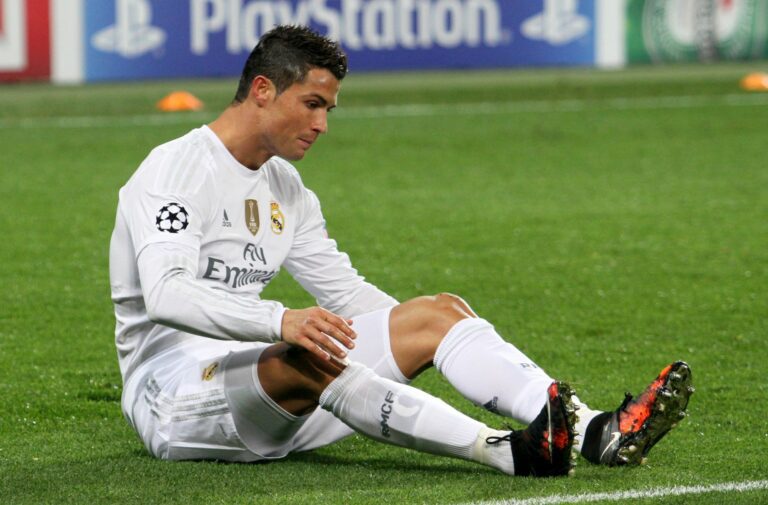 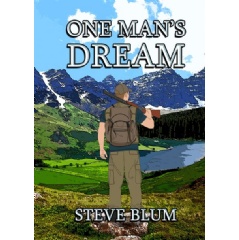