Oh, did highlights Throughout the event, some notable moments will surely make the next True Sight, and plenty of content is available for The International Archives.

To top it off, Illya “Yatoro” Mulyarchuk the carry player of TI Champions Team Spirit, was a highlight machine throughout the event. Here’s ten of my favorite highlights from this event. Starting with the man of the hour, Yatoro. During the upper bracket game 3 vs Invictus Gaming, Yatoro’s Juggernaut was up against an enemy Bane. In most scenarios, Juggernaut’s Blade Fury teleport would be impossible to stop. However, Bane’s Fiend’s Grip pierces spell immunity, making it a deadly grip on Juggernaut if he ever attempts to pull the usual move.

Instead, Yatoro used Manta Style and immediately moved one of his illusions to pretend like the real hero. The move was successful as Bane uses his ultimate on an illusion, allowing Yatoro to escape unscathed.

Tinker pickers are perhaps the most annoying players to play against in our average pubs. Given the spamming nature of Tinker’s skills, it can be extremely difficult to catch Tinker, especially one played by Cheng “NothingToSay” Jin Xiang.

In a preemptive move, Yazied “YapzOr” Jaradat blinks onto the exact location in the trees, that NothingToSay was hiding. This quick and smart decision caught their opponent off-guard, enabling their high-ground push.

Now, this is one of the plays Yaroslav “Miposhka” Naidenov performed that gave Yatoro his rampage spree. During the lower bracket game 3 vs Team Secret, Team Spirit got a pickoff on Clement “Puppey” Ivanov initially.

However, a support kill wouldn’t be considered a play deserving in this Ti10 hall of fame. At least until Miposhka bravely initiated by blindly blinking into Team Secret’s heroes. He managed to land a three-man Winter’s Curse, allowing Magomed “Collapse” Khalilov to set up a Reverse Polarity.

READ:  Prince Harry's liberation from trauma can be ours too

The play team-wiped Team Secret, where Yatoro’s Sven hoarded the credits for the rampage. And ultimately eliminated Team Secret in the semi-final.

Super tricked zai into thinking that he wanted to secure the ranged creep kill, in which zai fell for it by using his Burrowstrike pre-emptively. However, he didn’t catch Super, which led to Super and his ally to hunt down zai who didn’t have his Burrowstrike skill ready.

It certainly wasn’t the flashiest play in these top 10 Ti10 plays, but we have to give Super the credits for his seasoned attitude.

Magnus is one of the hottest picks in Ti10, notably for his overpowered Aghanim’s Shard ability, Horn Toss. Essentially, it gathers enemy heroes around Magnus when he uses the skill and places them behind him. Follow it up with a Skewer into your team’s direction, and no opponent can react in time.

Carlo “Kuku” Palad from T1, boldly blinked into the trees, where he believed to have at least one enemy hero hiding. Turns out the entire Alliance squad was closely together, as they get caught by the huge Horn Toss into Skewer. The rest of T1 cleans up the Alliance team, and they proceed to end the series.

READ:  Elon Musk Plays With Fire by Tweeting About Dogecoin Again, Despite Criticism

During Team Secret’s match vs beastcoast, we are once again reminded of zai and Yapzor’s synergy as teammates, lane partners, and combo makers.

Beastcoast managed to catch a glimpse of Yapzor’s Earthshaker and didn’t hesitate to chase after. Zai countered the aggression with a Vacuum plus Wall of Replica, while Yapzor landed his Echo Slam on four enemies, alongside other stuns.

It was the lead Team Secret wanted to get, as beastcoast’s line-up was initially too difficult to catch off-guard.

Virtus.pro’s Egor “Nightfall” Grigorenko is infamously known for his aggressive playstyle and lack of fear despite the odds.

During the group stage match 1 vs Team Aster, Virtus.pro was down by three heroes. Hence, this was Team Aster’s ticket to secure Roshan for free, or so they hoped. Instead, Nightfall’s Tiny decided to unanimously walk into the Rosh Pit, and casually slammed the three cluttered heroes.

The three hits dealt enough damage to instantly kill three Team Aster heroes and put the advantage back into Virtus.pro.

3. NothingToSay on his trademark Tinker

NothingToSay is PSG.LGD’s midlaner and Tinker is a comfort pick he enjoys every so often. It was also the game-winning draft in Ti10 grand finals when Team Spirit already had two points in their book.

When was the last time we saw a hero that isn’t Phantom Assassin do a critical hit with that damage? The Tiny plus Lycan combo goes down as the most overpowered combo known to Ti10 participants, and we highly recommend banning the two heroes in your pubs.

Ame’s carry skill needs no introduction, but the Tiny is certainly his best pick in Ti10.

Collapse from Team Spirit is known for his Magnus and has received respect bans ever since he showcased what he could do with it.

In one occasion versus team OG during lower bracket game 1, Collapse was responsible for making his team’s comeback possible. As team OG attempted a high-ground push after killing Yatoro, Collapse skewered Syed Sumail “SumaiL” Hassan from tier-3 tower to several miles deep into Team Spirit’s base.

Coupled with some chain stuns from Miposhka’s Winter Wyvern, Collapse skewered SumaiL deep into the fountain. The rest of OG desperately tried to save SumaiL but to no avail and even got several OG players killed.

What’s baffling is that team OG still didn’t recognize Collapse’s Magnus as a threat and allowed him to have his signature hero again.

Unfortunately, many opponents undermined Collapse’s kill potential on his Magnus, and let him have his way. PSG.LGD also suffered the same wrath in Ti10 grand final game 5, where each player got picked off one-by-one, despite being in the safety of their high-ground base. 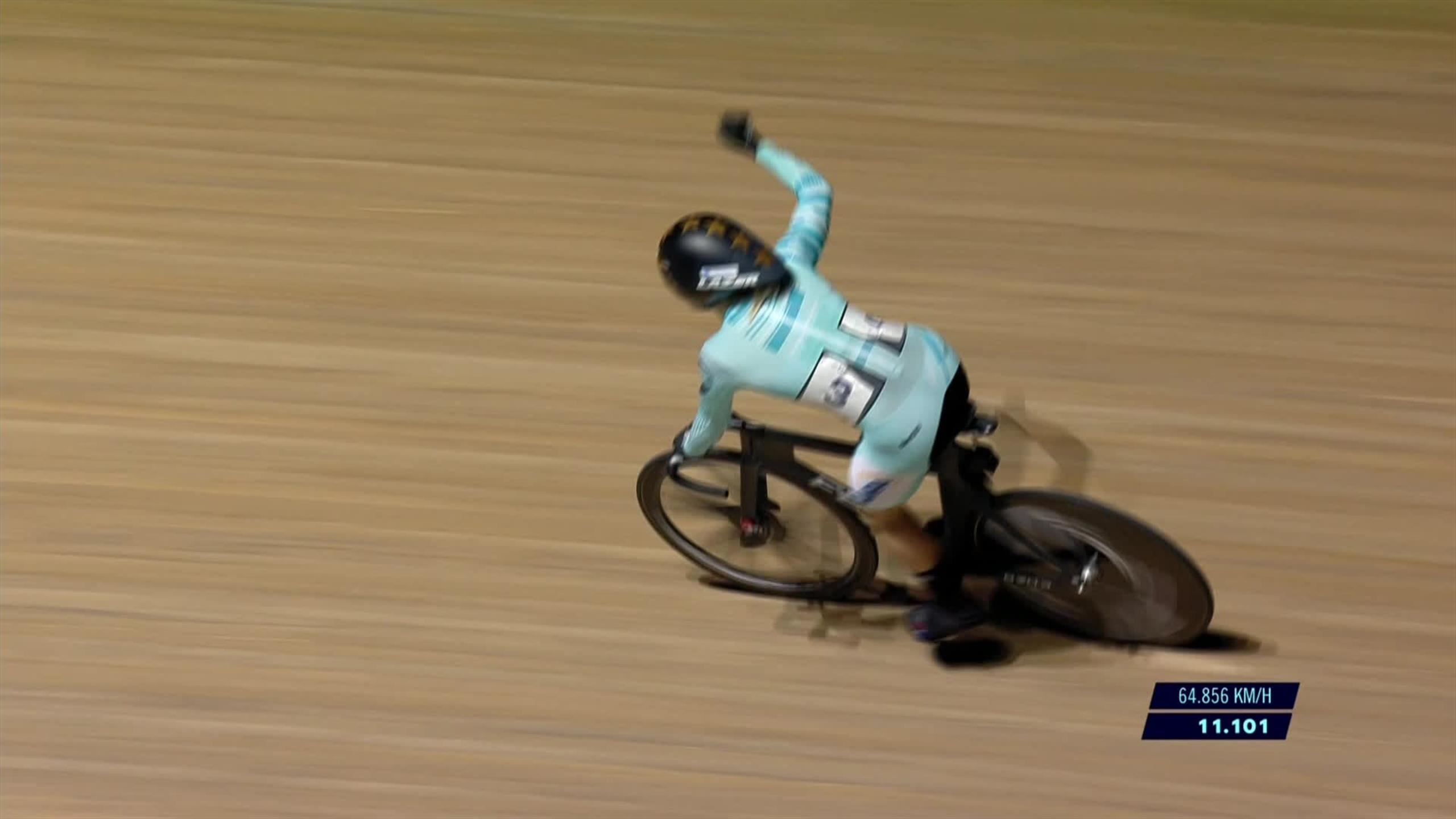