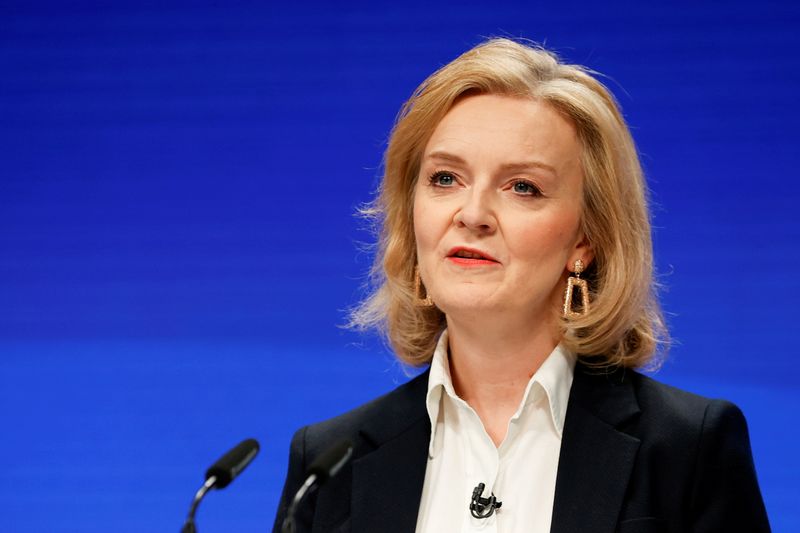 LONDON (Reuters) – British Foreign Secretary Liz Truss will travel to Malaysia on Sunday as part of a week-long visit to southeast Asia aimed at deepening economic and security ties in the region, her office said.

Truss will also visit Thailand and Indonesia, chosen to reflect their “growing economic and diplomatic heft”, as post-Brexit Britain looks to strengthen relations with nations and regions beyond Europe.

“I want to position Britain where the future growth is and to think about who our major partners will be in 2050 and beyond,” Truss said in a statement.

“Southeast Asia will be the engine of the global economy and I want Britain to be part of that, upgrading our economic and security relations with the region to reflect its growing importance.”

The Foreign Office said Truss would look to build closer ties on infrastructure investment into the region.

She will meet with the leaders and foreign ministers in Malaysia and Thailand, with topics for discussion including defence cooperation and trade, as well as deeper digital and tech investment and security collaboration.

Truss will also hold talks on foreign policy issues such as Myanmar and Afghanistan with her Indonesian counterpart, and seek closer ties on counterterrorism and cyber security.

Disclaimer: Fusion Media would like to remind you that the data contained in this website is not necessarily real-time nor accurate. All CFDs (stocks, indexes, futures) and Forex prices are not provided by exchanges but rather by market makers, and so prices may not be accurate and may differ from the actual market price, meaning prices are indicative and not appropriate for trading purposes. Therefore Fusion Media doesn`t bear any responsibility for any trading losses you might incur as a result of using this data.

Fusion Media or anyone involved with Fusion Media will not accept any liability for loss or damage as a result of reliance on the information including data, quotes, charts and buy/sell signals contained within this website. Please be fully informed regarding the risks and costs associated with trading the financial markets, it is one of the riskiest investment forms possible.