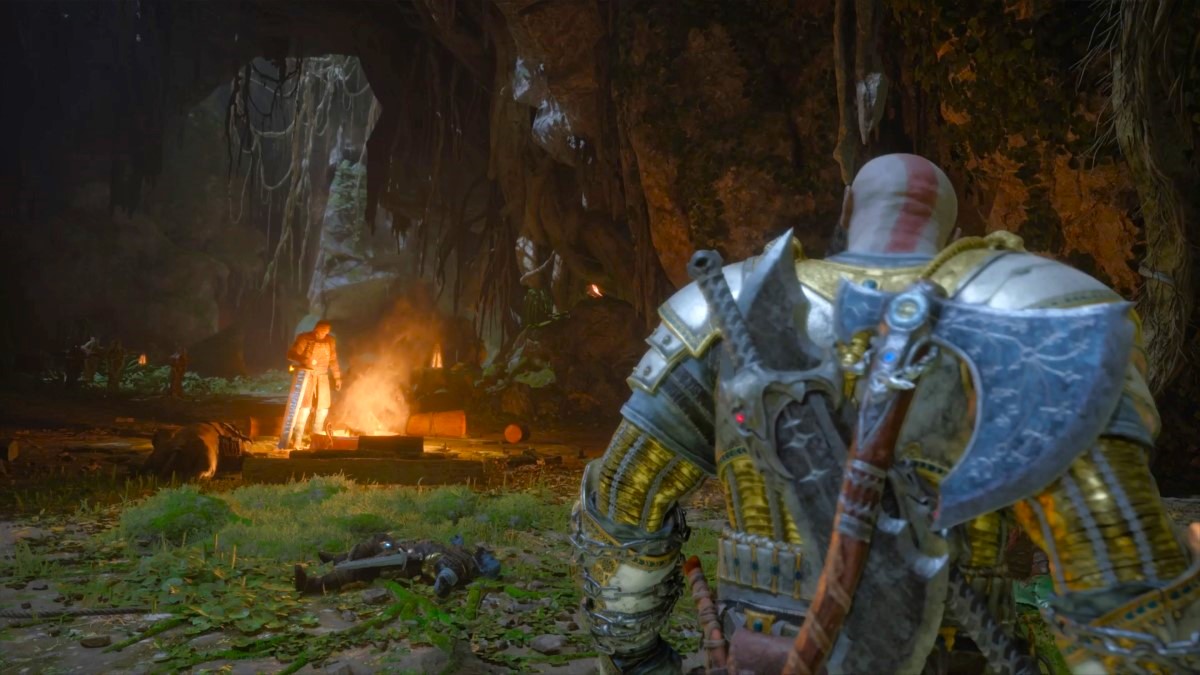 In God of War Ragnarok, Freyr’s Camp is the second region of Vanaheim that you visit during The Reckoning goal of The Path main story quest line. You’re in Vanaheim with Freya and Brok, searching for the source of the curse that keeps Freya bound to Midgard. Due in part to this curse, Freya has had to adopt her falcon form in order to prevent herself from being torn forcibly out of the realm of Vanaheim.

Related: All Tribute to Freyr locations in God of War Ragnarok

As you venture through Vanaheim, you find it seemingly deserted, although various traps have been laid to ensnare intruders. And, sure enough, when you discover a large clearing, Brok waddles incautiously out into the middle of it, and is strung up by his ankle in a rope trap. It’s at this point that the people of Vanaheim reveal themselves, and their leader is none other than Freyr, Freya’s own brother.

Once all the exposition is out of the way, you’re going to want to open up the map and see what collectibles are listed under Freyr’s Camp. There are two Legendary Chests, two items of Lore, one Artifact, one of Odin’s Ravens, and an “Undiscovered” collectible at the bottom of the list. You’ll no doubt have to venture further through the game before you can discover this last item. The question is, how much further?

The undiscovered collectible in Freyr’s Camp is a Remnant of Asgard, which means you can’t get it until after you’ve completed the main story quest line, The Path. Once you’ve done that, come back to Vanaheim and Freyr’s Camp and look for air coming through a hole in the rocks on the southwest side of the camp. Hit that hole with the Draupnir Spear, then vault across and continue along the path until you encounter the Remnant of Asgard.

READ:  Orlando Bloom Tagged Katy Perry in This Photo of His Bare Butt