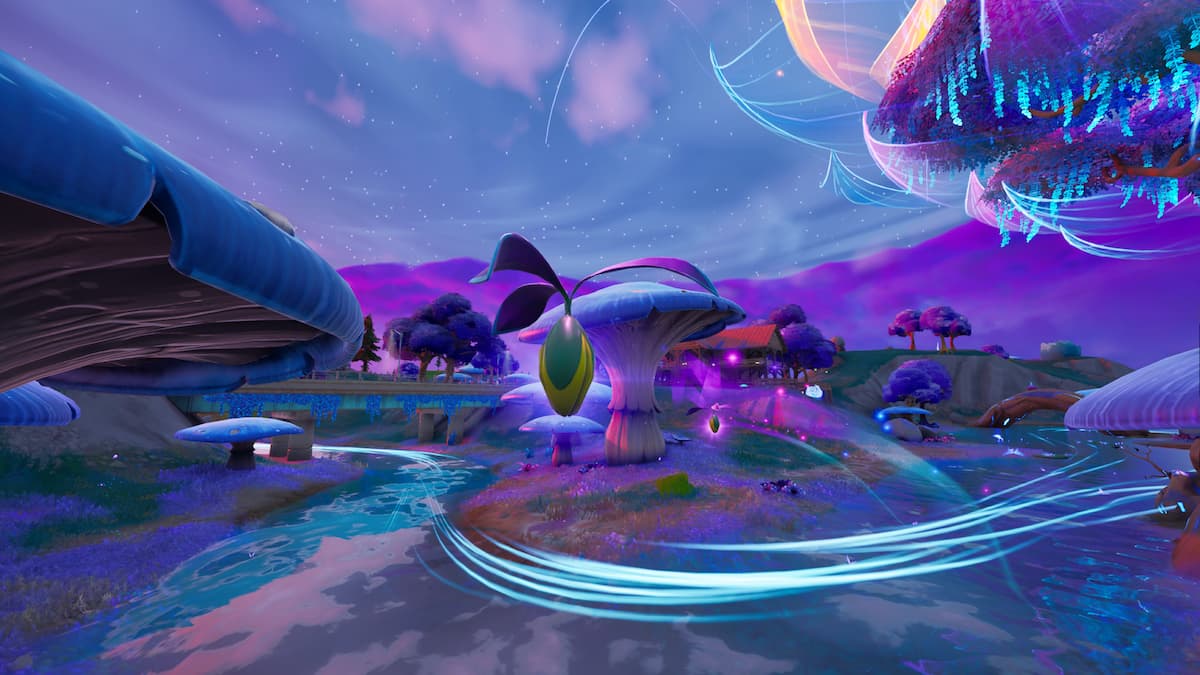 Thanks to the new biome in Fortnite Chapter 3 Season 3, players can now discover an incredibly fruitful item known as the Reality Seed. This one-of-a-kind piece of loot essentially allows players to grow equipment in specific areas on the map and even return to them for more in later matches. Thus, Reality Seeds make for the perfect solution when struggling to find valuable guns or health supplies. Here’s how you plant them and what you should expect in return.

Where to find and plant Reality Seeds in Fortnite

Reality Seeds can be found exclusively around the Reality Tree that is set in the center of Reality Falls, a new POI directly north of Greasy Grove. As shown above, you will need to break open one of the round, purple plants around the Reality Tree for it to shoot out three of the seeds. After a seed is equipped from your inventory, throw it onto the ground for the seed to rapidly grow into a Reality Sapling.

Related: How to get the Indiana Jones skin in Fortnite Chapter 3 Season 3

How to use Reality Seeds and Reality Saplings in Fortnite

You should first notice that the Reality Saplings spawns in three mushrooms that can be consumed for 10 additional shield each. As if that wasn’t good enough, the plant will then grow berries on the top of it that can be destroyed for numerous weapons, gold bars, potions, and even more seeds. Keep in mind, the rarity of the guns and supplies you receive depends on the seed you have planted. So, if you’ve planted a Legendary Reality Seed, expect its sapling to gift you a Legendary weapon in return.

It should also be noted that only one Reality Sapling can be planted at a time as planting another will make your current Sapling disappear. Additionally, as the planted Sapling will stay in the same location after each match, you can return to it at anytime to net its rewards. The type of gear it lends does come at random, but there is a chance you earn one of the season’s new weapons, such as the powerful Two-Shot Shotgun.