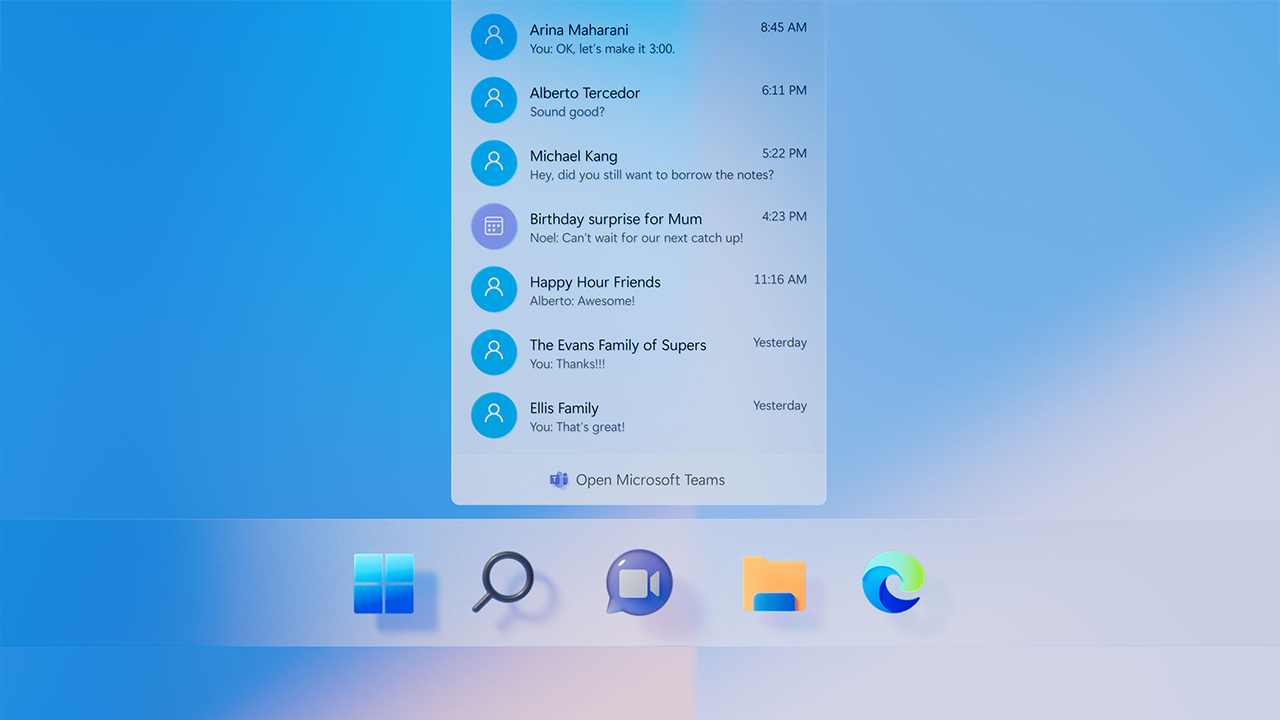 Microsoft revealed Windows 11 back in June. Since then, a preview version of the next big Windows upgrade rolled out to Insiders to test out. It lacked several of the feature Microsoft pitched as part of the Windows 11 announcement.

However, that’s set to change as the Windows 11 preview continues. To start, the deeper integration between Microsoft’s Teams service and Windows is starting to show up for some Windows 11 testers. A limited form of Teams integration arrived for users as part of a Tuesday update on the Windows Insider channel.

The big change most Insiders will notice is a new icon in the redesigned Windows 11 taskbar. The icon looks like a purple speech bubble with a video camera in it — clicking the icon opens a pop-up menu with ‘Meet’ and ‘Chat’ buttons, as well as a list of recent contacts and a shortcut to open the Teams app.

The ‘Chat from Microsoft Teams’ will arrive to a subset of Insiders to start and Microsoft plans to increase the number over time. However, even if you do get access to the feature, it may not work. I’m running the Insider preview on a laptop that received the Chat from Microsoft Teams integration, but it notes that I need to download Teams to start. When I click the ‘Set up’ button, I get an error that it didn’t work. I also tried downloading Teams separately, but that didn’t fix it either. (In the above pictures, you can see the broken iteration from my laptop and a Microsoft example showing what it should look like).

READ:  WhatsApp Call Links are the easiest way to jump onto a call

A Microsoft blog post details some other new Teams features. Windows 11 will offer in-line replies built into the notifications for Teams chats. Teams users will also be able to send Teams messages to friends and family using only their email or phone number. Recipients not already using Teams will receive a message via email or SMS alongside an invitation to join Teams. 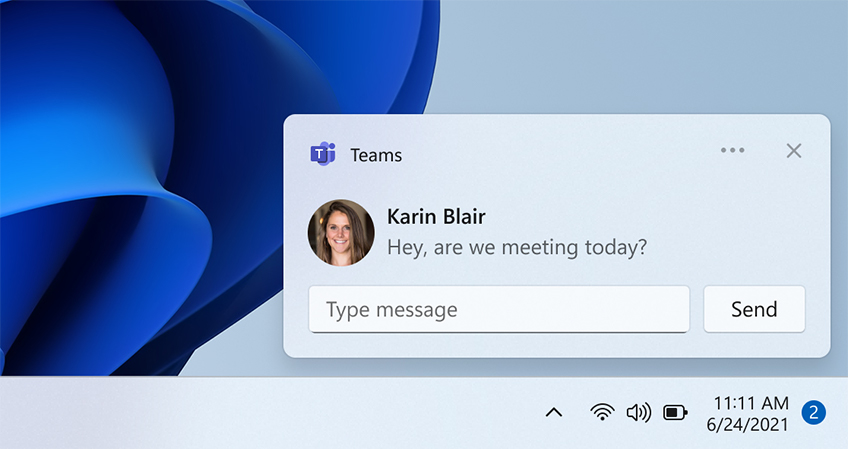 Speaking of contacts, Microsoft notes that people who have used Skype or Outlook with a Microsoft account in the past will be able to sync those contacts to use with Teams in Windows 11. There a few other smaller improvements, work to make Teams fit in with the new design in Windows 11 and a list of known issues, such as a lack of offline support. Those interested can read up on the details here.

Source: Microsoft Via: The Verge

FRSC to screen vehicles, drivers for election duties in Zamfara